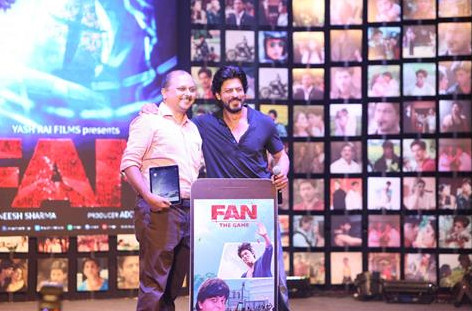 Shah Rukh Khan – FAN: The Game, makes its way on Android and to iOS Stores 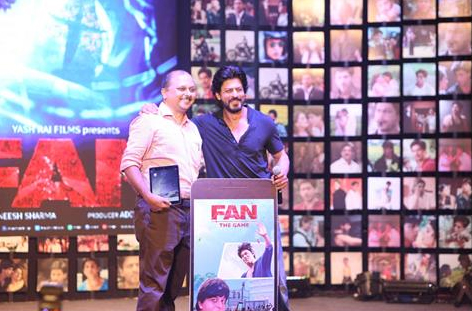 Wednesday 2nd March 2016 – Exciting puzzles, adventures levels, bewitching boosters, fans and friends – FAN: The Game has it all and more. Developed by 99Games in collaboration with Yash Raj Films (YRF), FAN: The Game has launched on Google Play, Apple App Store and 9Apps. FAN: The Game is a game about connections, where the player plays the role of an ardent fan who is on his adventurous journey to meet the superstar he idolizes.

Manan Mehta, Vice-President of Marketing and Merchandise at Yash Raj Films, said, “We have had great response on the announcement of FAN: The Game and we are very thrilled to now launch the game along with 99Games led by Rohith and Shilpa. As YRF our endeavour is to promise quality experience to our audience and gamers along with exciting gratification and entertainment and FAN: The Game will not disappoint all you incredible fans out there.”

“We are excited about the launch of FAN: The Game after spending over 6 months in close collaboration with YRF to build a game with immersive game play with over 75 levels. The connection between a fan and his superstar is evergreen and this game will offer a tribute to all the SRK fans, giving them a chance to connect with their favourite super star in real life,” said Rohith Bhat, CEO, 99Games. “FAN: The Game is our second engagement with YRF post the launch of Dhoom:3. The Game that garnered over 20 million downloads and the journey has been incredible,” he added.

To start your journey, all you need to do is download the game on Google Play here: http://bit.ly/21Axlk2