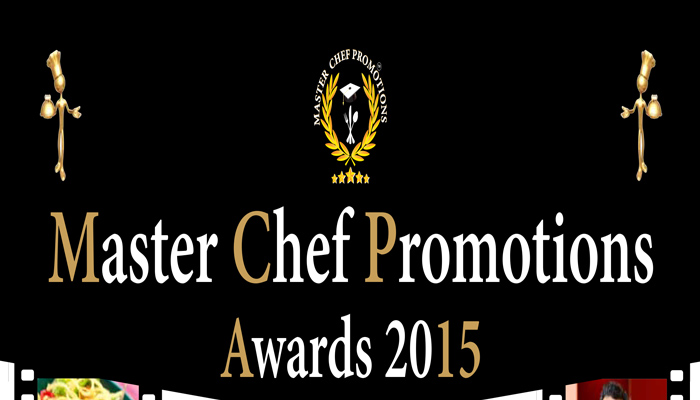 The Master Chef Promotions ‘Cook Off 2015’ took place on Wednesday 7th January 2015, at South & City College in Birmingham. This was one of the most eagerly awaited cooking competitions in the UK, the event has been received with unprecedented applaud and critical acclaim by the curry industry.

“The event was very well organised, the judging panel were excellent, I regret this event should have taken place many years ago” (Mushfiqur Rahman, Delhi 6 Restaurant). 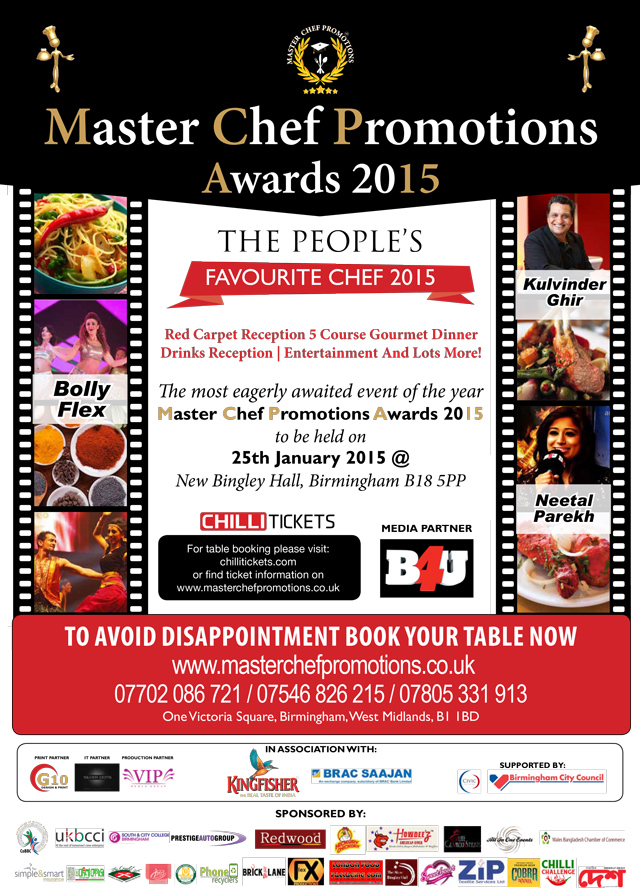 Chefs traveled from all over the UK to take part in the cooking competition. The atmosphere was fierce, intense and exciting during the 60 minutes cooking session. Chefs were tested on their exceptional, bespoke cooking skills, presentation and most importantly on the taste of their dishes. Judges were particularly mesmerised on the presentation and effort that the chef’s made. The judging panel consisted of a mixture of well-known celebrity chefs and food critics from all over the UK such as Pat Chapman, an English food writer and founder of the Curry Club, Chef Chad Rahman Winner of The C.I.E.H. – FSA National Curry Chef of The Year 2002 and 2003, restaurant critic and communities content editor Paul Fulford, Best selling food author, Manju Malhi and private chef and food consultant, Franck Pontais.

These well known ambassadors of the curry industry and culinary world spent the day marking and judging the cook off competitors in culinary combat.  They observed and marked the chefs during the 60 minutes cooking session, tasted and examined their culinary and hygiene skills. Chef Chad Rahman described The Master Chef Promotions Cook Off as “An outstanding display of culinary excellence and professionalism exhibited by the competing chefs.  Exceptional high standard of complex flavour combinations, creativity, originality and presentation to tantalize the taste buds”.

Chefs competed against each other in order to win the award for the best chef in their region. “It’s the battle of the Balti’s, fought out in the capital of Balti Curry” (Kosru Miah, Curry Palace Restaurant). They also have the chance of winning ‘’The Peoples Favorite Chef 2015 Award’ in which all the winners from the regional rounds go up against each other. ‘’I think in my eyes they are all the winners but the gala dinner, will have red carpet and a lot of glitz and glamour and we will make the chefs stars.’’ says (Rois Ali, CEO of Master Chef Promotions).

The 2015 red carpet event and gala dinner will celebrate the hard work and success of all award winners together with recognising and paying tribute to the chefs and businesses who have made major contributions to the curry industry. The night will be hosted by Kulvinder Ghir from the famous TV show ‘Goodness Gracious Me’ and Neetal Parekh presenter from B4U TV. Performances will include the amazing bollywood dance pros ‘Bolly Flex’ and Naz Choudhury, British bollywood dance specialist, producer, director of ‘Bollywood Showstoppers’ Bollyflex have recently performed on ‘Strictly come Dancing’ on BBC 1, as well as the Nobel Peace Prize award in Norway. Raja Kaasheff a talented singer and music director will also be performing to make the night memorable.

To top it all off at the award night, there will  be the opportunity to be a part of Master Chefs Promotions charitable cause, and help raise money for orphans in Bangladesh hosted by The Red Hot Chilli Challenge Charity.

See pictures from the cook off