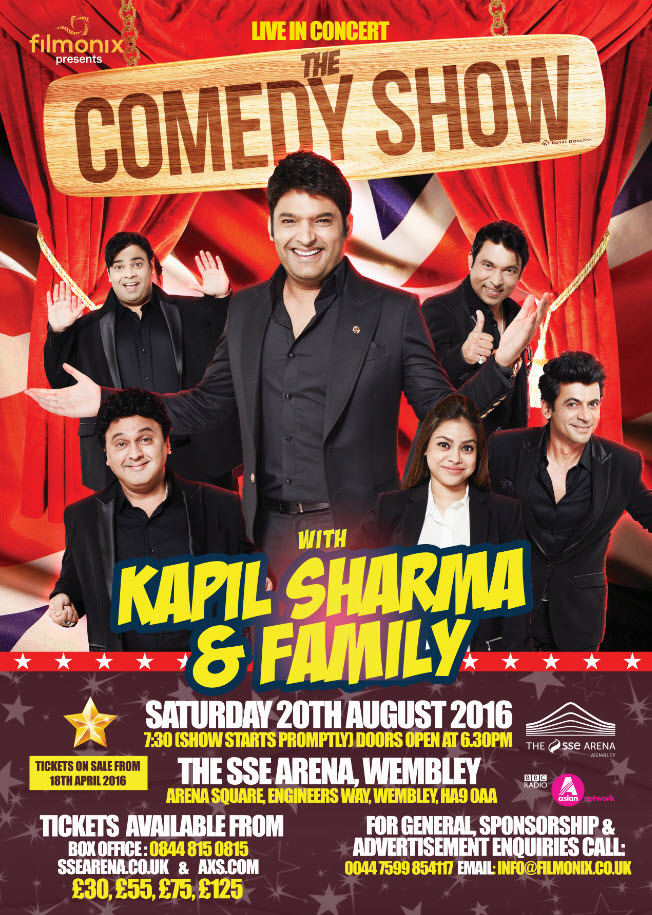 August 2016 welcomes the hottest, comedy ticket in town for all the family as India’s Beloved Comedian graces the stage at The SSE Wembley Arena

By overwhelmingly popular demand, the undisputed King of Comedy, Kapil Sharma, will be presenting his first live concert in the UK as The Comedy Show with Kapil Sharma & Family descends on The SSE Wembley Arena on Saturday 20thAugust 2016.

Prepare for a laughter riot for all the family as the world’s best-known Indian personality and a national treasure, along with his motley crew, are set to entertain audiences with their debut live show in the UK. Kapil Sharma is followed worldwide and known for his multi talents from standup comedy to his musical and acting prowess. A global institution in his own right, he is much loved by the Bollywood fraternity, from the actors and directors to the producers and musicians. An appearance on Kapil’s iconic show is a must for anyone who’s anyone in the industry.

After performing in sold out, live shows across India and internationally in Malaysia, Dubai, USA and Canada, Kapil Sharma and his team are all set to perform in the UK for the first time at the world famous SSE Arena Wembley. The live show will feature all of his popular comedy performances alongside a new production just for the UK. He will be entertaining audiences with a complete show consisting of comedy, music and romance, presented in his unique style. Kapil Sharma will be joined onstage by Ali Asgar, Chandan Prabhakar, Sumona Chakravarti, Kiku Sharda and Sunil Grover. 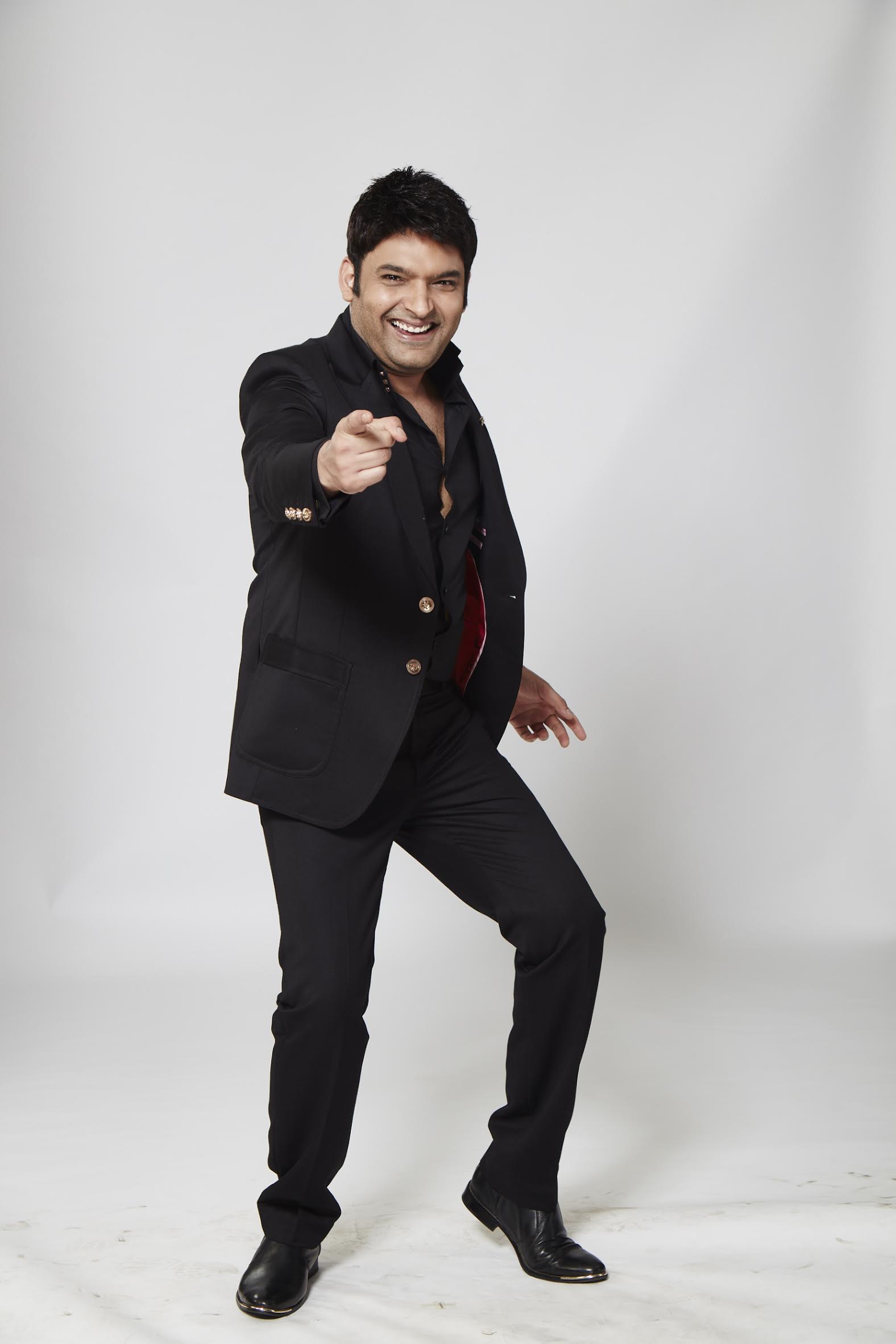 Kapil Sharma’s fans of all ages will experience an unforgettable show, with larger-than-life production enhanced by state-of-the-art sound and lighting. The stage will be set to showcase the biggest Bollywood concert of the year, presented by Filmonix.

From very early days, Kapil began entertaining a broad spectrum of audiences through his different styles of comedy and music – a master of several genres. Since launching the infamous Comedy Nights with Kapil Sharma, he has become a household name, watched ardently by millions of fans worldwide. Kapil has since been hosting Bollywood industry and music award ceremonies; been interviewed as a celebrity guest on India’s leading TV shows; been the recipient of numerous awards and accolades; and even acted in a Bollywood film himself. He and his team are all set to launch their new show, The Kapil Sharma Show, on Sony TV worldwide, with the first show being aired live from Delhi with the celebrity guest being none other than King of Bollywood, Shah Rukh Khan.

Tickets on sale now, available from: