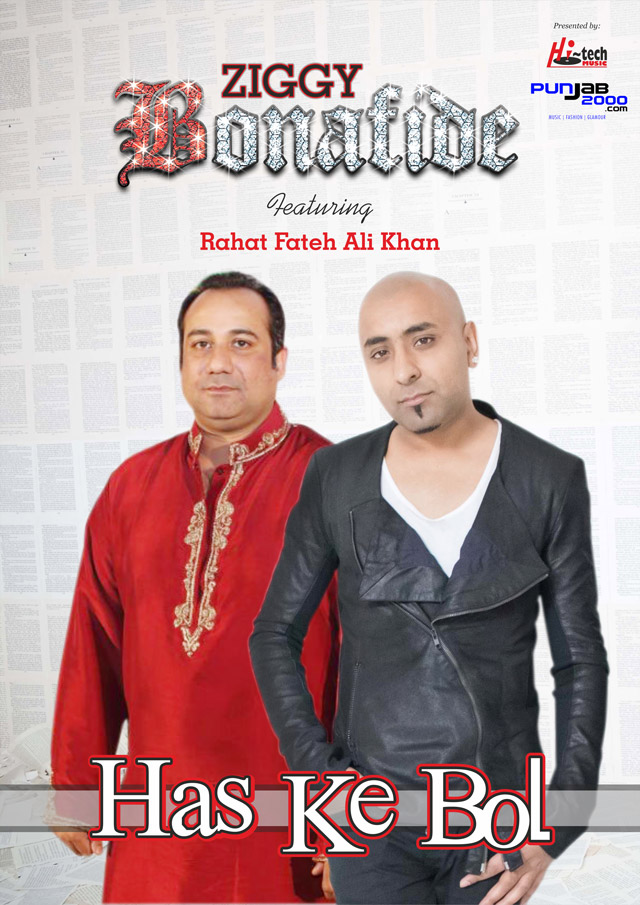 Ziggy is one half and the UK duo Bonafide’s  who has for the first time decided to leave his stable mate Maz for a collaboration with one of Ziggy’s musical heroes Rahat Fateh Ali Khan. The new single is titled “Has He Bol” and will be out on March 13th via Hi Tech Music

The collaboration has really excited Ziggy after many years of working with Maz the boys decided that they would also record tracks outside of the Bonafide persona to complete some of their dreams that they have had on their bucket list.

The Manchester lad Ziggy has come up with a banger of a tune to start off his new collaboration journey. The track was something that Ziggy has wanted to do for ages and ages and with the help of his friends at Hi Tech this wonderful dream has managed to come true.

After the success with Bonafide, Ziggy says: “I still can’t believe that I have recorded a track with the great Rahat Fateh Ali Khan, I still have to pinch myself as I feel that sometimes I’m in a dream”.
Ziggy has developed a massive fan base both across the UK as well as internationally, pleasing the crowds everywhere they perform. To date Bonafide have performed in over 40 cities around the world including Dubai, Kampala (Uganda) and Lahore.

On a final note, this does not mean the end of Bonafide but only a journey to which both Ziggy & Maz are taking to develop their own sounds and complete some of their own musical desires including collaboration and future solo singles but Bonafide will be back!

Share on FacebookShare on Twitter
7 years ago in Latest, News, News
BonafiedHas He BolPakistaniPopQawwalieRemixZiggy goes it alone to release track with the great Rahat Fateh Ali Khan!
Sign In