Yo Yo Honey Singh wants to take a break from Bollywood.

After churning hit after hit in Bollywood throughout 2013, Yo Yo Honey Singh is all set to take a break from Bollywood to focus on his non-film career.

Says the rapper, “After I did ‘Lungi Dance’ with Shah Rukh bhai, I felt I had achieved everything there is to achieve. But then, I am getting to work with Bachchan saab now. And it’s really the ultimate Bollywood experience for me. It really can’t get any better for me.”

Yo Yo says he needs to take a break from Bollywood after Big B, “I need to now focus on other things before I carry on in Bollywood. I can’t be doing what I’ve done in ‘Lungi Dance’ and now the song ‘Party With Bhootnath’ with Amitabh Bachchan saab over and over again. I’ve to re-invent myself for Bollywood.”

Yo Yo Honey Singh’s proposed music-video with the Big B featuring a team specially flown in from Canada, has been postponed by a fortnight. Disappointed, but still driven Yo Yo says, “We were supposed to shoot the promotional video for Bhootnath Returns on February 11 and 12. But Bachchan Saab is slightly indisposed. So, we’ll now be shooting the song in the 1st week of March over a 2 day period.

Yo Yo sees this as an opportunity to polish up his act. “It isn’t every day that someone like me gets to work with Amitabh Bachchan saab. There is a lot of work to be done from now till the shooting of the song.”

Yo Yo has flown in the director Giftie and the choreographer Big Dance of his international hit song ‘Blue Eyes’ for Big B’s music video. And there’s been much jamming at Jalsa.

Says the excited musician, “My team and I have been working on the song with Bachchan saab. Believe me, Bachchan saab is the youngest member of our band. My Canadian team talks to me in our own peculiar language and Bachchan saab gets quite puzzled.

“Bhai maine bahot terah kis angrezi suni hai. Yeh kaun si bhasha hai? ” he says. I’ve to explain to him that we have our own code language. It’s amazing how eager he is to learn even after all that he has experienced. I am having the time of my life.”

Yo Yo says working with Shah Rukh Khan and the Big B has changed his life. “I thought I was passionate about my work. Then I saw Shah Rukh bhai and Bachchan saab at work. Their spirit was so infectious. I felt I had so far been just fooling around. It’s time for some serious work now.”

Yo Yo’s mother is the biggest Shah Rukh Khan fan. And his dad thinks the Big B is the ultimate actor.

Says Yo Yo, “Shah Rukh Khan and I were jamming when I suddenly said I want him to talk to someone. I dialed my mother and handed the phone to my mother. It was a magical moment for me. Shah Rukh bhai spoke for 20 minutes to my mother, as though she was his own mother. That is the kind of connect I want with people. As for Bachchan saab, I’ve taken his autographed picture, which I will hand over to my father on his birthday.” Pausing to ponder India’s only non-Bollywood rock star says, “I have fulfilled all my dreams in Bollywood. Now I have to find new dreams for Bollywood before I strike again.” 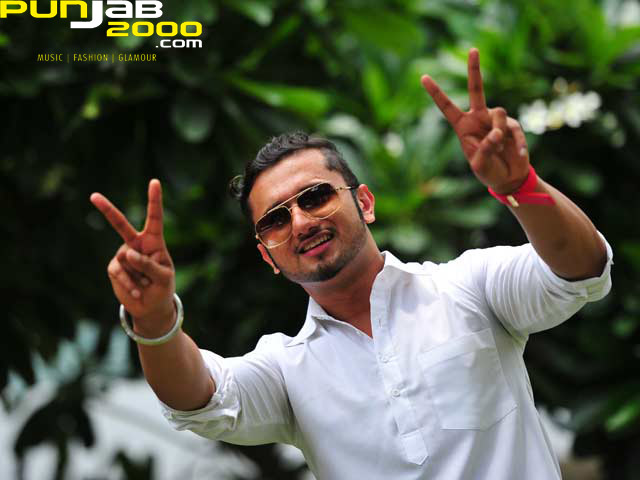