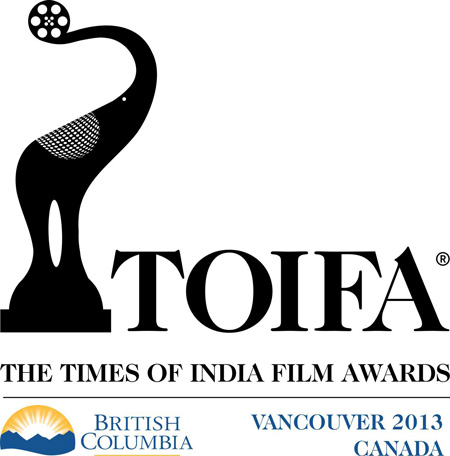 Okay, so this is my first review I’ve ever written!! Kinda nervous… but here I go!

For me the whole experience was fantastic! I loved every second of it! I was in awe of everything that took place night! But one thing that did puzzle me were the people… the audience….

My gosh people were so dressed up to this event! I wore a simple dressy blue shirt and skinny jeans… but other people… they came dressed up in tux, suit, sari’s, gowns…. I felt so under dressed!!

But anyways, As we got to our seats it didn’t take long for me and my little sister to make friends with the girls sitting behind us. We were sitting on the complete other side of the stadium from the red carpet (make sense? I tried haha). We thought “hey lets go walk all the way to the other side and see how close we can get to the red carpet as possible and maybe we can get some pictures of the stars as they walk by!” So me and my sister and the girls we had just made friends with set off on our little journey to the Red Carpet. There were so many people, there and the girls we went with ran into family member after family member, friends after friends… me and my sister…. We saw no one there that we knew! Even though our friends and family went too! Weird eh? Yeah we didn’t get it either…. Oh well.

We finally get to the other end of the stadium where the Red Carpet was and we ask the security guard “Can we please just go down there and just stand there and take a few pictures of the stars when they come by” and he just says “No.” (Insert straight face here) and then he says “I can only let you guys go down there for a minute and take a quick picture and come back, no more than a minute or else I’ll have to kick you guys out” (Insert straight face here). The girls stayed behind, and I ran down the stairs to try to at least take a quick picture of the red carpet (For Punjab2000… your welcome guys, I risked this for you lol

). But seriously, a minute litterly took me just going down the stairs and cuz I was scared I would get kicked out I just took a quick picture of whatever I could of the carpet… which didn’t really turn out that great … and sucky thing was.. no actor had even arrived yet so I could be lucky enough to get a snap of a star at least *sigh*

We got back to our seats and in a little while the show started. We got so lucky cuz my sister was sitting next to this lady who had binoculars and my sister had only asked if she could use it for one second to see something and the lady told my sister “Sure! You can use it whenever you want! Don’t even bother asking, just grab it from my hand whenever you want to!” So every now and then during the show we got to borrow the binoculars and be able to see the stars on stage so up close and clear! Love my sister for asking! Gosh she’s the best lil sister in the world!

Ranbir Kapoor started the show with a free style song to “Ala Barfi” that talked about all the films that played in the cinema’s for the whole year of 2012; Anushka Sharma also joined in with the song towards the end. They both later had also sang a freestyle song to “Eh Kya Bolti Tu” but instead it was “Are Eh! Kya jaanti tu? Are Eh Kya Mein Jaanu?!” and “Are Eh, sab jaanti tu, Are sab mein jaanu!”. They were both singing and telling and teaching each other to act be be like the other actors in Bollywood like Aishwarya Rai and to do the Jhatka like Hritik Roshan. It was just amazing! One of my favourite moments from the show!

It was just too perfect!! The was hosted by Ranbir Kapoor and Anushka Sharma as well. I found the pairing really cute! they did a really good job! I loved it when Anushka was talking at one point Ranbir had made bunny ears behind Anushka’s head. Gosh he is so cute and funny! And this one point where Anushka was walking back from one end of the stage to the other and Ranbir’s telling Anushka to hurry up cuz she was taking forever.

At one point when the nominations were being shown on screen I decided to stare at Anushka and Ranbir on stage instead with the binoculars to see what they do when the camera is not on them, and when a song from “Barfi” came on Ranbir began to dance the “Panchee Dance!” It was just so cute! Loved it!

The first performance was done by Abhishek Bachchan, who arrived in a mini car tractor looking thing (Rail Gaddi Aayi).

Katrina Kaif performed on stage as well, I never understood why so many people love her so much… now I understand! I get it!! I get it!! Katrina danced to “Singh is King” , “My Name Is Sheila” , “Mashalla” , & Chikni Chameli. She’s a very good dancer I must say! Priyanka Chopra danced to a couple of her movie songs which were “Salaam-E-Ishq” , “Mar Jawa”, “Aashiya” , “Desi Girl” , “Maa Da Laadla” , “Zara Dil ko Thaamlo” and “Tujhe Bhula Diya” .

Sharukh Khan performed to a couple of his songs as well like “Chaiya Chaiya” , “Dard-E-Disco” , and “Criminal” from what I can remember…. But the performance I had been waiting to see all night was Aishwarya Rai’s. I loved it when she was introduced to the crowd for the next performance, Abhishek Bachchan stood up with his hands in the air proud of his wife and the crowd went wild! Oh it was just so cute! She started with “Khwaja Mere Khwaja” , “Kahin Aag Lage Lag Jaave (something something) Is Toote Dil Ki Peedh Sahi Na Jaaye”, “Dhoom Machale” and then “Dola Re Dola Re” song from “Devdas.” She in my opinion is honestly just so beautiful! She looked just like an angel!

Funny moments were brought by Boman Irani, he cracked a few jokes here and there. When Anurag Basu won an award for Best Director Ranbir Kapoor had jumped onto his back cheering and when he got off, Anurag’s dothi came undone and then Ranbir picked up his dothi and helped Anurag put it back on. Priyanka Chopra had won an award and had her dad on stage with her, and as her dad was talking on the mic… Priyanka was almost in tears! But the best speech of the night was given by Anu Kapoor (A.K.A: Dr. Baldev Chaddha) , his speech was so good that he had everyone cheering and clapping!

Overall, TOIFA was an amazing show with great performances, fun and laughter and a once in a life time experience! I really wish I could just press rewind and do it all over again!!

The winners from the night were: