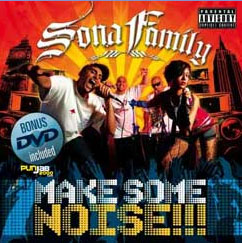 It's finally arrived! Having had their hungry fans perched perilously close to the edge of their seats, The Sona Family are coming out to play with the release of their incendiary, show stopping, and anthemic album "Make some noice". 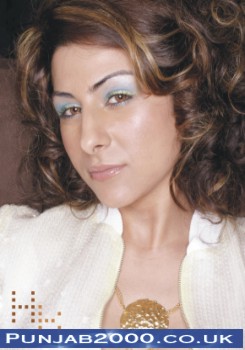 Born in 1979, Taran Kaur Dhillon never once imagined that she’d perform on stage to a rowdy crowd of hip-hop heads. Destiny, however, had different plans for the young Indian girl who once aspired to be like her aunty dressed in a sari playing the traditional Indian harmonium. Evolving from the good little Indian girl who didn’t argue or answer back, she is now a fire-breathing dragon spitting rhymes here there and everywhere with a punch so hard it’d knock you out from the other side of the room. 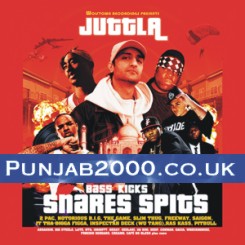 Asian producer Juttla first started out making music in the early nineties having a string of releases on various independent record labels.

With a history of successful tracks under his belt, he began to fuse all the elements of his influences to create a unique hybrid of Eastern and Western sounds. With the release of his debut album ‘Angels, Aliens & Assassins’ in 1998, Juttla soon began to get the respect he rightfully deserved blessing the covers of magazines, DJ’ing all over Europe and South Africa, holding residencies at various club nights, receiving radio play in the UK and the US, as well as being commissioned to do a string of remixes for various labels.

From breakbeat and chilled down tempo groovers, to leftfield hip-hop and cutting edge drum’n’bass, Juttla has all angles covered. His debut album on his own label Eastern Pressure Recordings featured some collaborations with Wolftown rapper LATE who at the time was recording the Villains album with Tricksta and IMD.

Juttla then began to take a deeper interest into the sound of Hip-Hop and started checking for a wide variety of underground artists from the UK and the USA. Juttla then started fusing his influences and vibes with hip-hop music and began to take a bigger interest in the music he had always loved. It was the summer of 2004 when Juttla’s other recording commitments allowed him to begin to get tracks together for a future hip-hop project.

At first the plan was to produce a bunch of tracks by artists he was connected with. Through constant meetings and talks with Tricksta and LATE it was soon evident that Wolftown Recordings was the rightful home for Juttla’s releases and by the winter of 2005 the birth of this project was born.
Within three days of signing the deal with Wolftown Tricksta had over ten tracks ready for him to work on! We welcome you to ‘Bass, Kicks, Snares, Spits’, a collection of official remixes and original productions from Juttla. This is first in a string of releases by him for Wolftown Recordings and features the cream of the crop from the UK and US Hip-Hop scene.