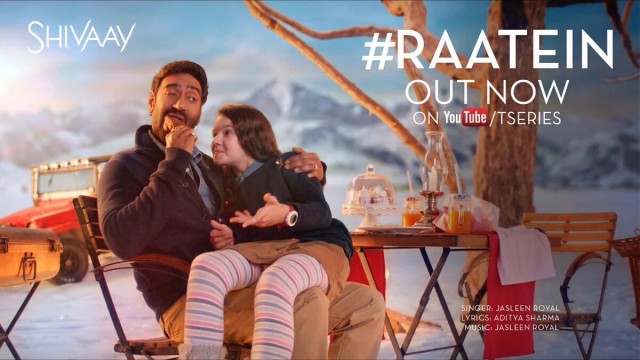 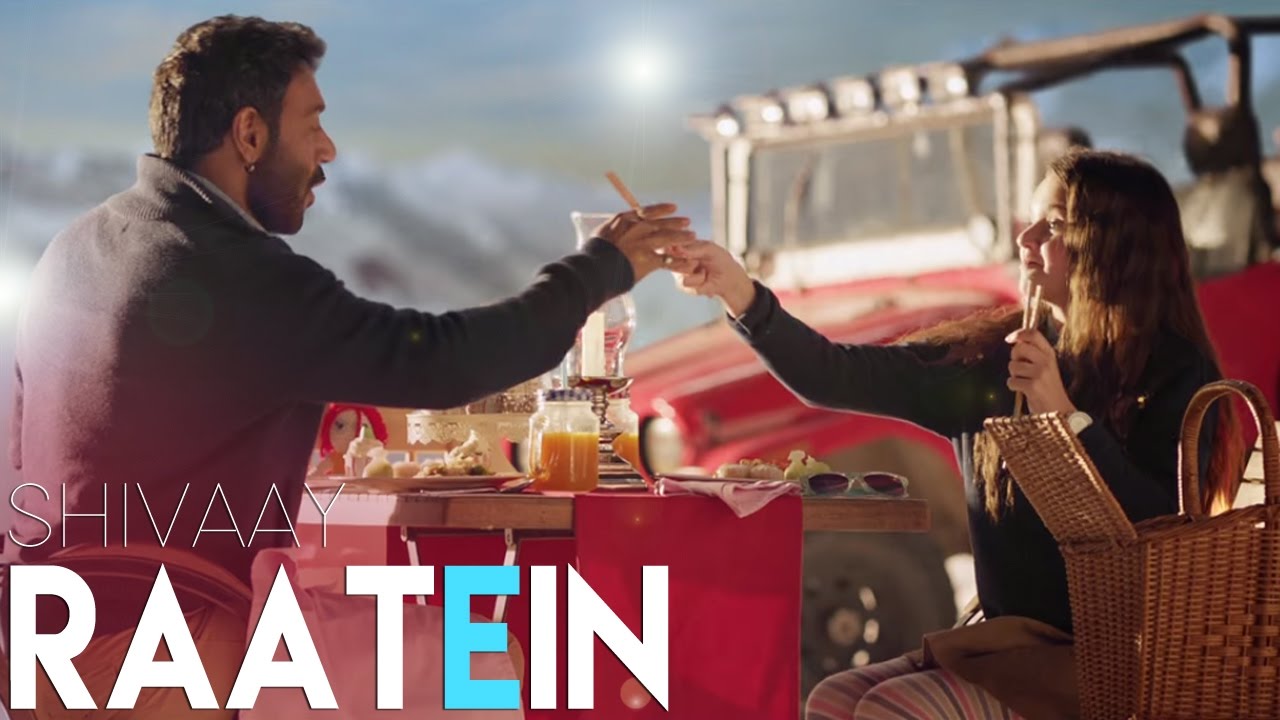 Ajay Devgn’s labour of love Shivaay is one of this year’s big Diwali releases, and its latest track Raatein is on its way to ‘lighting up’ this auspicious festival, as the actor puts it.

Raatein was released on Twitter by actor-filmmaker Ajay Devgn, with the track composed and sung by Jasleen Royal and lyrics penned by Aditya Sharma. The soothing Raatein depicts the strong bond between father and child, played out by Ajay and British child artiste Abigail Eames.

Ajay, who roped in Abigail after auditioning 200 child actors from Canada, UK, USA, Germany, Poland and India, has gone on record to say that her performance in Shivaay is not only better than his own, but also that of most artistes he has worked with till date.

Ajay tweeted: “Confession time! @abigail_eames gave me a run for my money as a performer in @ShivaayTheFilm Watch our song #Raatein” 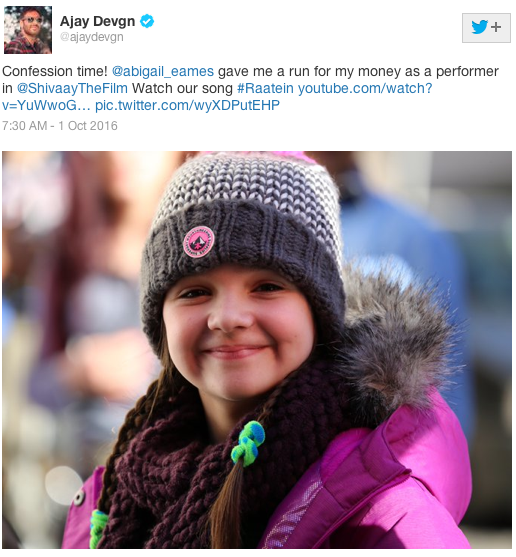 KajolThe song has since been shared by actress Kajol, and one of the film’s leading actress Erika Kaar who called it ‘truly magical’.

Directed and produced by Ajay Devgn,

Shivaay releases in cinemas on 28th October 2016 for Diwali