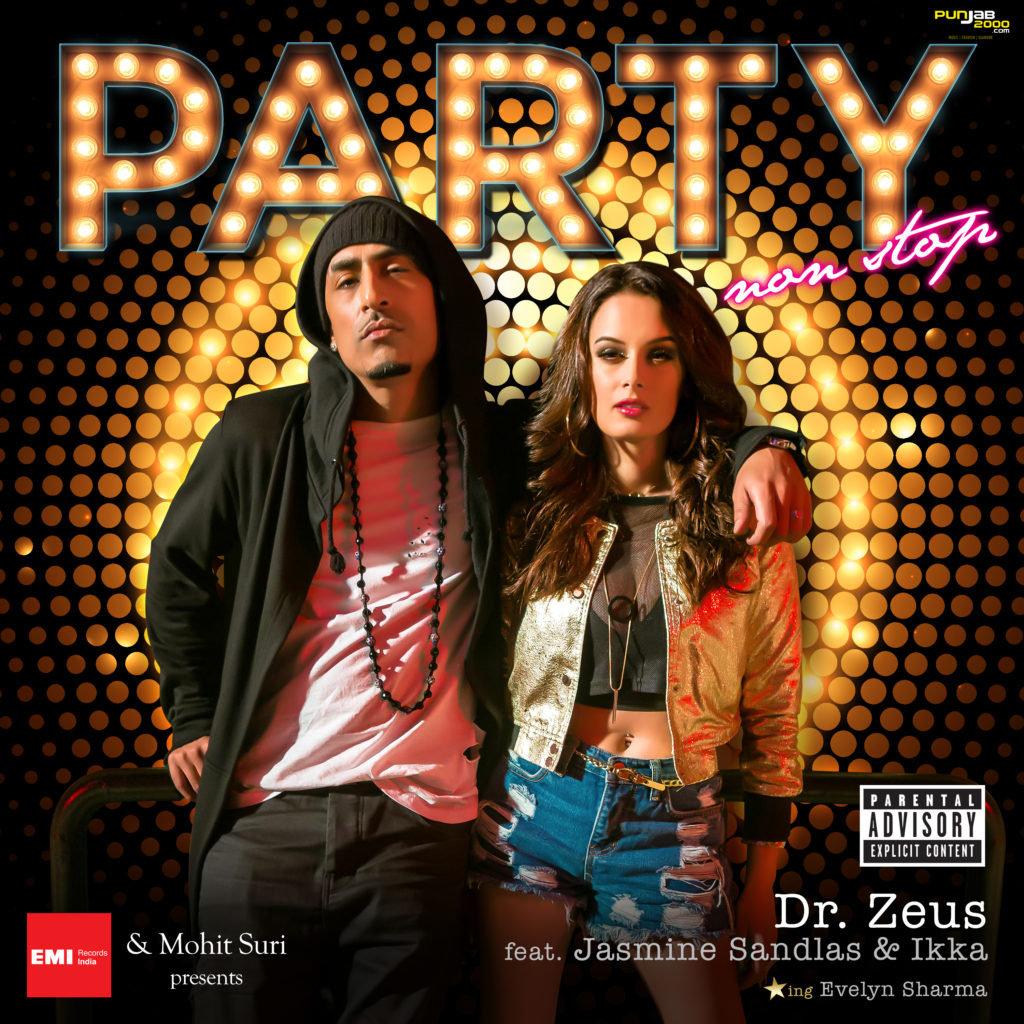 The brand new single “Party Non-Stop” from UK-based Producer Dr. Zeus is set to become this summer’s PARTY ANTHEM! “Party Non-Stop” is an infectious and foot thumping dance track that’s set to burn up dance floors all over! Laced with the rustic vocals of Jasmine Sandlas and the swag of rapper Ikka, the track is a contemporary Club Banger  Exclusively on Universal Music.

The visually enthralling music video features the electrifying Bollywood actress EVERLYN SHARMA as the main lead. Showcasing a playful night of non-stop fun, dance & entertainment with locations ranging from a grungy warehouse to a party by the pool, the music video is a vibrant piece of work that lifts the song further! Also featuring in the music video is Dr Zeus along with Jasmine Sandlas and Ikka – all enjoying one big party night!

Dr Zeus is an award winning music producer, arranger and rapper from Handsworth, Birmingham, UK and is an innovative, original and influential recording Indian artist. His productions cover a wide range of authentic Punjabi and traditional styles with a fusion of urban beats that cross into various musical genres.

Through his 18-year recording career, Baljit Singh Padam, known universally as Dr Zeus, has released more than thirty anthems from ‘Kangna’, ‘Baby Doll’ and ‘Lovely’ to ‘Mitran De Boot’ and ‘JugniJi’. His tracks offer a constantly evolving sound and are regularly featured across all media platforms. His music career started way back in 1999 when he produced the remix album “Pure Garage – Sue My Ass” before following up with ‘Death Jamm’ series of mixes. Each project established his unique sound and vision.

Born on March 26, 1976, in Birmingham, UK, Dr Zeus has become a leading figure in the rise of Punjabi music during the first decade of the 2000s and has now gone on to become a leading force in beat control and production in Bollywood too. His track in the 2014 Shah Rukh Khan and Deepika Padukone film ‘Happy New Year’ featured the song ‘Lovely’ that went on to help the film achieve global recognition post which Dr Zeus has produced 3 songs in Kapil Sharma’s debut film ” Kis Kisko Pyar Karoon” in 2015.

Drawing on sounds from a bygone era of Punjabi folk and blended in with his smooth stylistic diversity and signature pulsating deep beats, Dr Zeus has become one of the most influential figures in Indian music worldwide.

He has been selectively and meticulously creating music hits for artists as diverse as Jazzy B, Kapil Sharma, KanikaKapoor, Yana Gupta, Gippy Grewal, Jasmine Sandlas, General Levy and Curtis Young.

Both the present and the future are bright for Dr Zeus, as he now looks to continue his success in both Bollywood and the world music market.