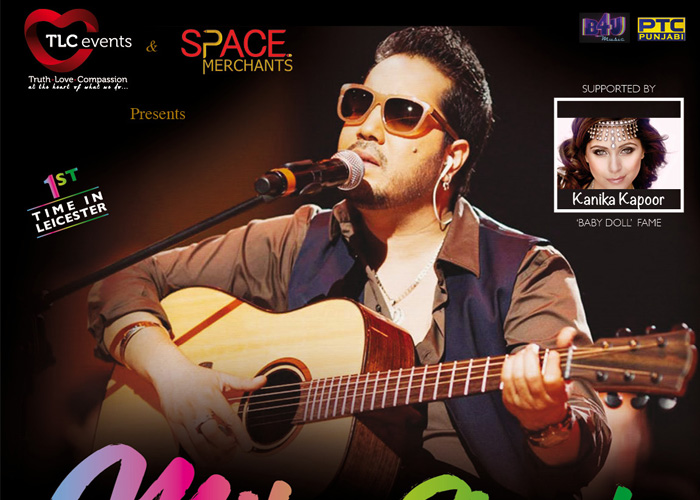 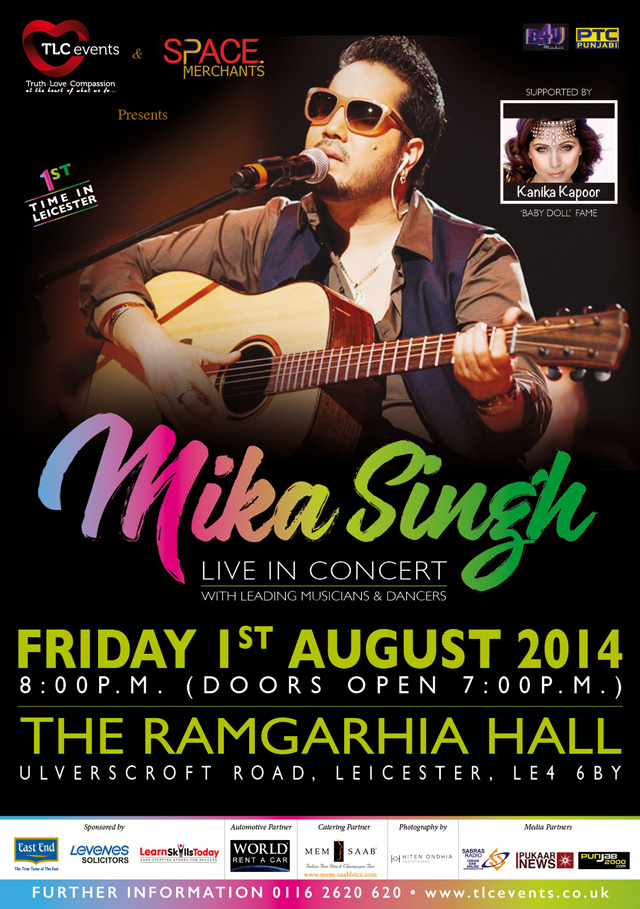 Mika Singh was born into a Musical Family and started learning Music from the age of 8. In his childhood years he mastered many instruments including the Tabla, Harmonium and Guitar. He is the younger brother of Daler Mehndi.

His career has evolved from singing Kirtans to a Pop Artist and now as one of the most sought after Playback Singers in Bollywood. He rose to prominence in the 1990s with his debut album ‘Sawan Mein Lag Gayi Aag’. His one-of-a-kind voice was appreciated and enjoyed by the masses. This was followed by a string of further successful albums before Bollywood came calling.

He made his mark in Bollywood with the hit track ‘Mauja Hi Mauja’ from the ‘Jab We Met’ soundtrack and has since consistently delivered chartbusters like ‘Dhinka Chika’ (Ready), Subah Hone Na De (Desi Boyz), Pungi (Agent Vinod), Gandi Baat (R Rajkumar), to name a few.

Mika Singh is also renowned for being an entertaining stage performer and for his vibrant live concerts which are a treat for music lovers of all ages.

Kanika Kapoor is a U.K. based singer and model who shot to fame with the hit track ‘Baby Doll’ from the Bollywood film ‘Ragini MMS 2’. The song been topping the Official Asian Download Chart since its release in February. Her previous single ‘Jugni Ji’ also received widespread acclaim. Kanika Kapoor will next be heard as the voice for Deepika Padukone in Shah Rukh Khan’s Magnus Opus ‘Happy New Year’.

Both Mika Singh and Kanika Kapoor will be performing for the 1st time in Leicester. 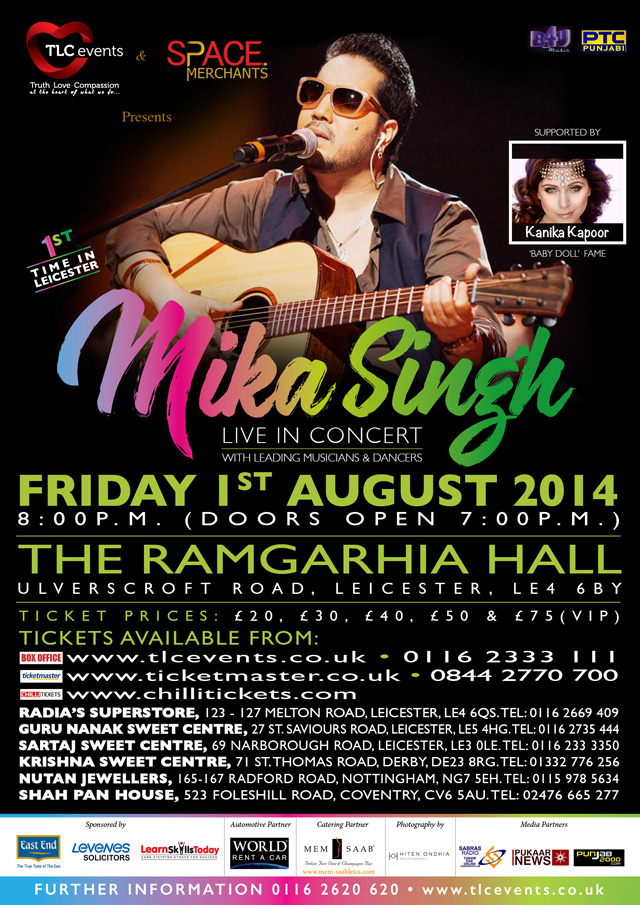