After a string of hit tracks, UK based music producers MoneySpinner are now set to take their musical talent to a whole new level to collaborating with Punjab’s most popular sufi singer Kanwar Grewal for his new single ‘Ticketan’. The single which is released on India based record label T series.

Kanwar Grewal has swiftly taken the world by storm and captivated audiences with his Sufi style of singing and poetry.

His distinct and gifted style and humble persona has quickly created a platform for Kanwar, which has captured the hearts of all who have crossed his path. 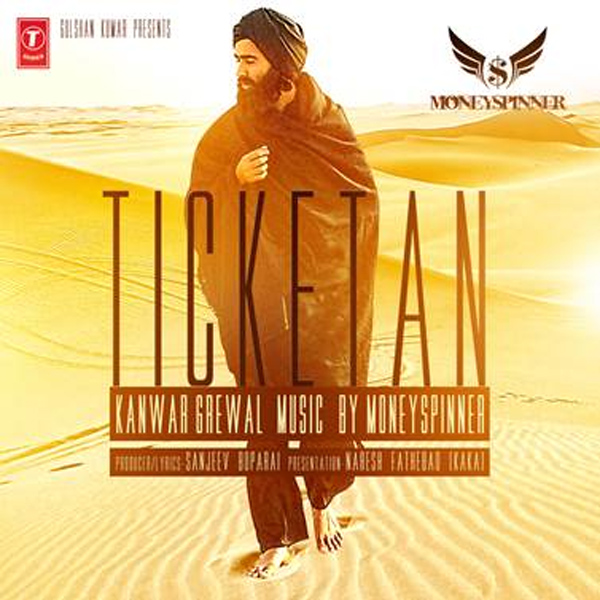 In 2014, Kanwar Grewal performed live in UK concert for his first Tour where the shows were a big success and saw fans from all over Europe”. MoneySpinner experienced Kanwar Grewal’s live performance and it was where it all began. The impromptu mehfils and personal meetings with Kanwar Grewal quickly became a professional musical collaboration. It was during this period where Kanwar brought up talks of working on a track together with MoneySpinner.

‘Ticketan’ which features the lyrics of Sanjeev Boparai and Kanwar Grewal, was the first track that Kanwar sang to Moneyspinner and they instantly felt it would be the perfect track to work on.  MoneySpinner recorded Kanwar’s vocals in their Birmingham studio getting the rare opportunity to record live with him in the studio. “It was great recording with Kanwar in the studio. We had a great vibe and we think the end product shows this. We have stuck true to his sound but added in the MoneySpinner touch keeping it Sufi but Folk. ’ Swann