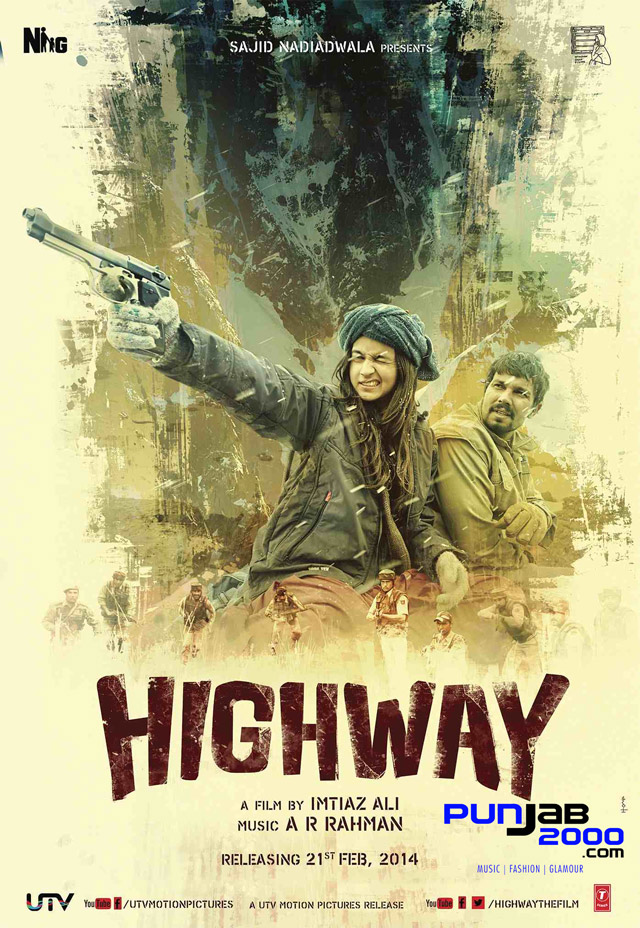 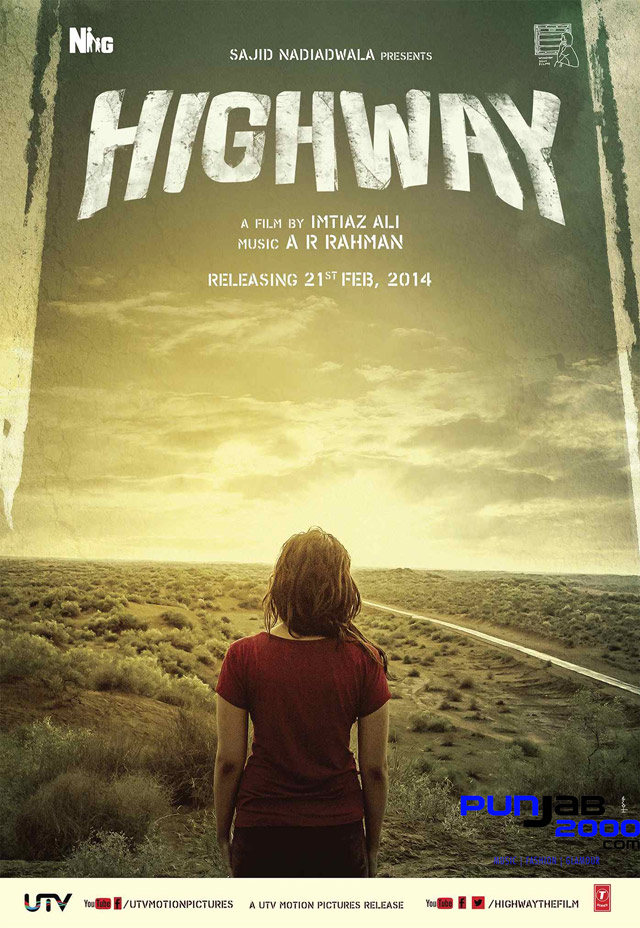 A young city girl, full of life, is on the highway at night, with her fiancé. Suddenly, her life changes when she is abducted by a group of rustic criminals and her life will never be the same again. Panic strikes among the kidnappers when they realise the girl is a daughter of a leading Industrialist with strong political connections.

But the leader of the group is adamant to go ahead with the plan. Days pass as the Tempo runs and miles turn, and after the initial horror of dealing with her rustic captors, the air changes and she feels that she has changed as well.

A strange bond begins to develop between her and the oppressor. She starts feeling free in this captivity. She does not want to return and wishes that this journey would never end. But they are not made for each other. Maybe this feeling is just a passing phase. Maybe not.

Highway hits the road to release.

The trailer of Imtiaz Ali’s much-awaited new release Highway was launched on Tuesday 17th December at a multiplex in Mumbai. The film, presented by Sajid Nadiadwala and releasing worldwide by UTV Motion Pictures, is a road journey traversing six states of north India and stars Alia Bhatt and Randeep Hooda in the lead. The film’s music has been composed by the maestro A.R. Rahman.

Highway has been produced by Imtiaz Ali’s production house, Window Seat Films and is its first production.

Imtiaz says, “Highway was made on the road, on the go. It needed more care. Luckily I had the best people in the team. And the movie has changed us all a bit.”

Sajid Nadiadwala adds, “Presenting a film like Highway is a matter of honor for me. The film was mounted and executed in a very short time and I am so happy with the way it has turned out. Imtiaz’s craft and Rahman’s music have come together like always to create the magic that they are known for. Now with the trailer out, we are waiting for the world to join us on this special journey.”

9 years ago in 2013, Latest, News, News
A R RahmanAlia BhattBling PRBollywoodBollywoodmusic.co.ukDesiDesi BeatsDesihitsFIERY HIP HOP PRINCESS - Hard Kaur- WHO RETURNS TO THE MIC IN 2007 WITH THE RELEASE OF ‘LOOK 4 ME’ [JAANE KAUN HAI] THE HIGHLY ANTICIPATED FIRST CUT FROM HER NEW ALBUM ‘SUPAWOMAN’HindiIndianInfo And ReleasesLatest NewsNewsPunjab2000.comRandeep HoodaUTV Motion Pictures