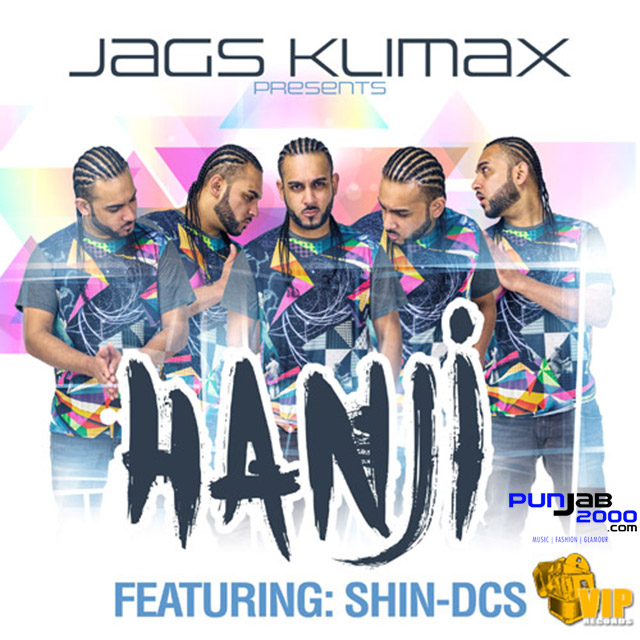 The maestro of versatility is back!

‘Hanji’ is set to showcase what Klimax does best; fuse together a great vocal with addictive beats, sure to get any party started.

The single features the talented vocals of non other than UK Bhangra legend, Shin from DCS. Having the opportunity work alongside Shin on this track was nothing short of a dream come true;

‘’ A lot of time was spent working on writing a vocal that would be perfect for a song entitled’ Hanji’. The song was written by respected song writer Gurmeet Billicho and as soon as I heard the finished project, I knew Shin was the man for this song.

I have been speaking with Shin for a long time now about working together on a track.  Once the song had been written and I had a strong idea of how the beat was going to be I knew I had to give Shin a call and get him on this track right away.  It was a great honour and pleasure to work with such a great singer. Without a doubt his voice has given the song that extra lift.’’

‘Hanji’ is the perfect sing-along Bhangra tune, with a feel good factor. For the video, once again Kilmax opted to go with Ballistic productions;

‘’ As always we decided to work with the Ballistic production team on this video as I have worked with them in the past and they never fail to deliver.  It was hard work, not to mention very cold, but it was all worth it and I had great fun with everyone on the day of the shoot. An all round great, energetic performance was delivered from the whole team and the special effects used look awesome.’’

‘Hanji’ is just at the fore-front from a long line of upcoming singles from this dynamic producer;

‘’My long awaited album entitled ‘ELECTRIC’ will be out just in time for the summer, featuring the likes of Lembher Hussainpuri and the late Kaka Bhaniawala.  I always try to keep my music up beat and this album is no different.  I have had an incredibly busy start to the year,  Being a DJ and entertaining a crowd is my first love and passion which I will never get enough of!  I hope to see lots of people partying hard to ‘Hanji ‘this year and for many more to come.’’