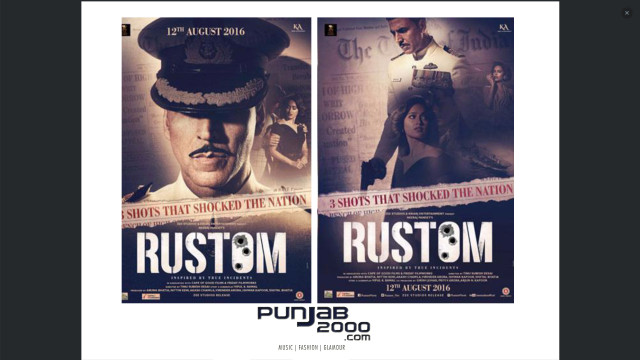 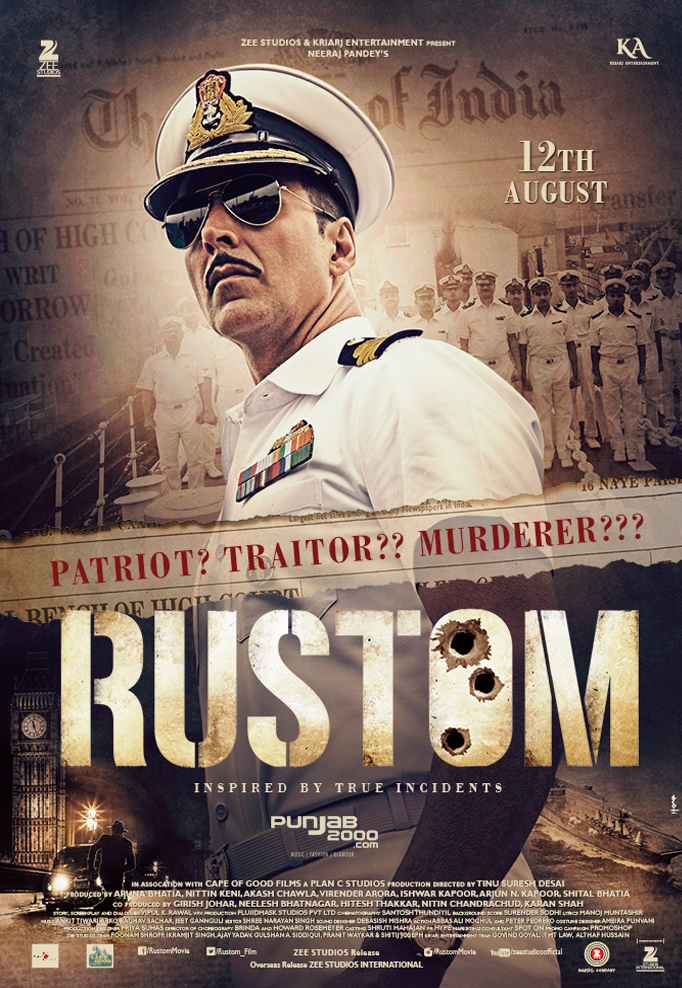 After the overwhelming success of Air Lift, Akshay Kumar is back with his next romantic thriller flick ‘Rustom’. The movie is inspired from the famous 1959 case of KM Nanavati v. State of Maharashtra that changed the face of the India judicial system, the film depicts Kumar as a navy commander with a perfect family life until he discovers his wife was committing adultery with his best friend. The film poster carries the tag line “3 shots that shocked the nation” and explores several other angles that were not the part of the original case.

The story unfolds mysterious and life-changing events for all characters making it an intriguing watch for audiences worldwide. The movie marks the directorial debut of Tinu Suresh Desai, and also casts Esha Gupta and Illeana D’Cruz in lead roles. 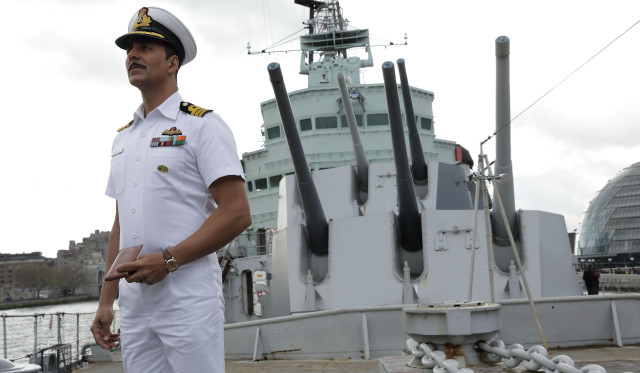 Produced by Neeraj Pandey, who has worked with Akshay in Special 26 and Baby, Rustom will be the third film where the hit team are coming together. The trailer of Rustom has generated a lot of curiosity with fans and the movie is pegged to be one of the most anticipated hits of 2016.

Aniket Kawade, Managing Director and Co-Founder Grand Showbiz Entertainment said: ‘We are excited to release Rustom to the UK audiences. Akshay Kumar has given his fans successful content-focused performances in the recent past, with Rustom, he is continuing that trend of thought-provoking cinema with a hard-hitting story line and power-packed performances’.

Watch the official trailer of Rustom below: