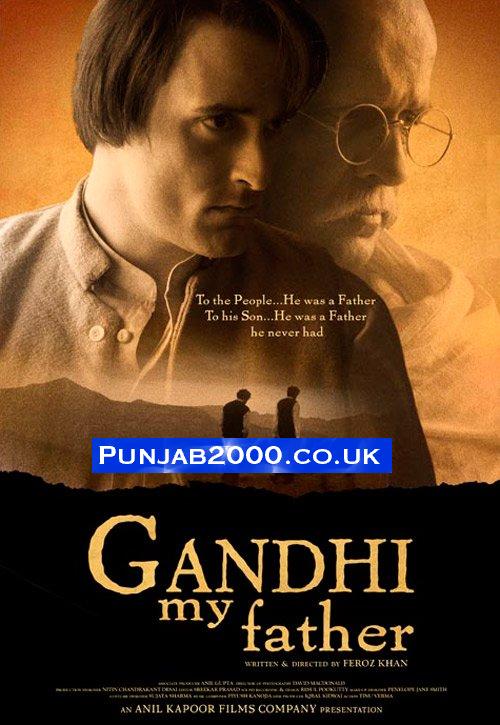 The film delves into a territory that has never before been visited by film, and will spark debate by bringing to light an unknown facet of the personal history of a man who transformed the soul of a nation, but who could not save the soul of his own son.

Based on his thought-provoking play, Mahatma v/s Gandhi, veteran thespian of Indian theatre and cinema Feroz Khan has combined his unparalleled talents as a writer and director with the production skills of fellow industry stalwart Anil Kapoor, to create the most affecting film of modern times. Although inspired by the philosophies and teachings of one of the greatest men of the modern world, the groundbreaking Gandhi My Father is far from a biopic account or portrayal of Gandhi’s struggle towards India’s independence. Delving deep into the personal tragedy that Gandhi kept secret from the world, Feroz Khan’s filmic tour de force focuses on the doomed relationship between a father respected by an entire nation, but rebuked by a son who was disowned, and whose bitter end was the result of years of abject alcoholism.