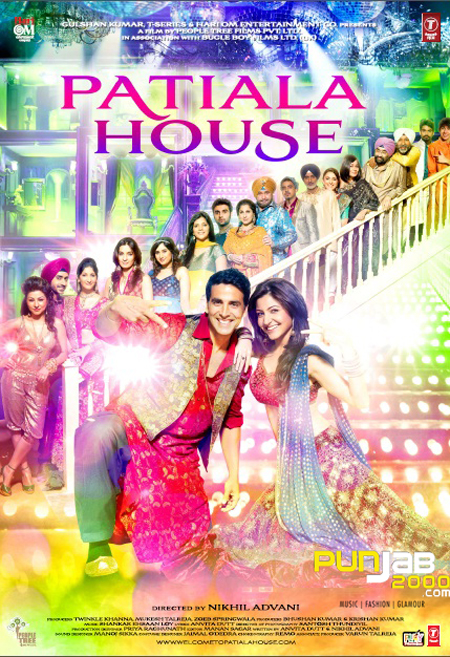 From Baker Street to Bollywood!

‘Patiala House’, the highly anticipated Bollywood blockbuster of the season stars Akshay Kumar, Anushka Sharma, Rishi Kapoor and Dimple Kapadia, along with a host of others, and promises to set the standard of Bollywood cinema for 2011.

The budding actor-director grew up in Baker Street and now lives in Harrow on the Hill, and is a Cambridge graduate who left his career in Law in order to pursue a career in Film and Theatre.

Having been trained by veteran actor Anupam Kher at his institutes in Mumbai and London, Armaan is set to be the next rising star in Bollywood.

This year he has also completed, ‘London Life’, by debutant Director, Naveen Medaram who has previously been involved in the post production process for high budget Hollywood films such as Iron Man 2, The Dark Knight and Harry Potter. He has also written, produced and acted in a British Asian cross-over short-film, ‘Shortcut’ which is due on the festival circuit later this year.

‘Patiala House’ follows the story of the Kahlon family, focussing particularly on the relationship between Parghat Singh Kahlon aka Gattu played by Akshay Kumar and his father, played by Rishi Kapoor.

Set predominantly in Southall, we see Rishi Kapoor trying to hold on to his Indian values in a land that he does not believe is home. Akshay Kumar, a talented cricketer is torn between following his dreams of playing for England and his respect for his father.

Armaan plays Jaskaran Kahlon, Akshay Kumar’s younger brother, who is married to his childhood sweetheart, Preity.  Taking her advice, Jaskaran starts up his own business with his British (‘Gora’) partner. The business crumbles and Jaskaran must rely on his father to help him get back on his feet.

Commenting on his role in the film, Armaan says:

“It’s been such an amazing experience working on this film! I had to go through a number of auditions to secure the role and it was quite a challenging process! My character in the film is quite similar to Gattu (Akshay Kumar) and very close to Bauji (Rishi Kapoor). Family is integral to the whole film and working with such amazing actors such as Akshay, Anushka Sharma, Rishi Kapoor and Dimple Kapadia has been an incredible learning curve for me! I hope this opportunity will open more doors for me, in Hindi Cinema as well as Western Cinema.

‘Patiala House’ is filled with love, laughter and incredible music and will take you on a journey of discovery, where you learn the real meaning of family and the importance of staying true to your dreams. This winter, a family comes together to make an impossible dream come true.

Previews of the film will begin on 10th February and the film releases on Friday 11th February.