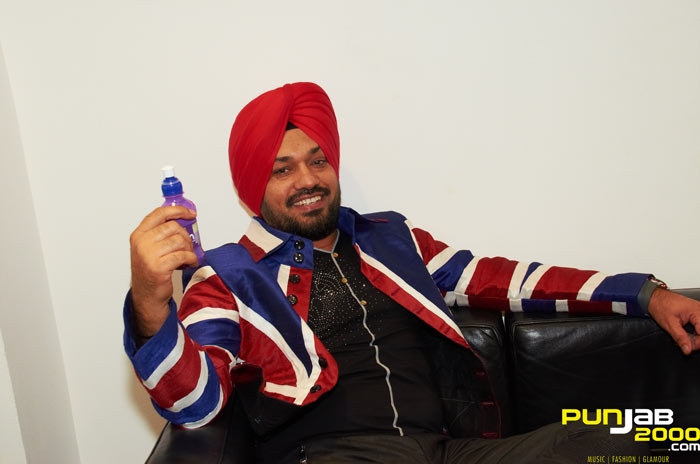 Mention the name Gurpreet Ghuggi to any Punjabi & they will instantly know who he is.

Young or old (or in the middle) Gurpreet Ghuggi is without a doubt a household name in the Punjabi community & is a pioneer in pushing Punjabi Cinema out to the masses & as well staring in Big Bollywood Blockbusters such as Singh Is Kinng, Race to name a few. 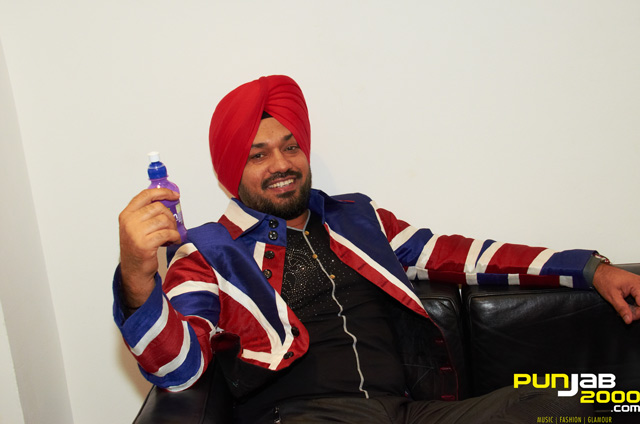 Kidda, Sat Sri Akal sare Punjab2000 readers nu.First thing is I want to say this is a Punjabi film, produced by a Bollywood movie house Baweja Films. So it’s not like your normal Punjabi films.

Baweja Films are also the team behind the Punjabi film Chaar Sahibzaade which is out now.

Yes that is right, its the same production house & the film ( Chaar Sahibzaade) is doing really well across India & across the world.
Yes that is right, it’s doing amazing at the box office here in the UK to, you think that’s a good sign for “Happy Go Lucky” to?

I hope so, Rab di maji ha (Up to God) I play a policeman, a singer and also a NRI (Non Resident of India) in the film. So I had quite a lot of  script reading.

WOW.  So busy time rehearsing for the film?

LOL. Hanji, you could say that,  at times I didn’t know what I was… Was quite entertaining to be honest.

Isha Ricki said the film is to be premiered in Chandigarh, when I spoke to her and she’s quite excited about it as it’s her home town. How do you feel about premiers? Do you prefer to have them in India or overseas?

Sachi gal, I don’t mind where they happen so long as it’s organised properly. To be honest, overseas is always nice as the fans don’t always get to meet you as they do here in India 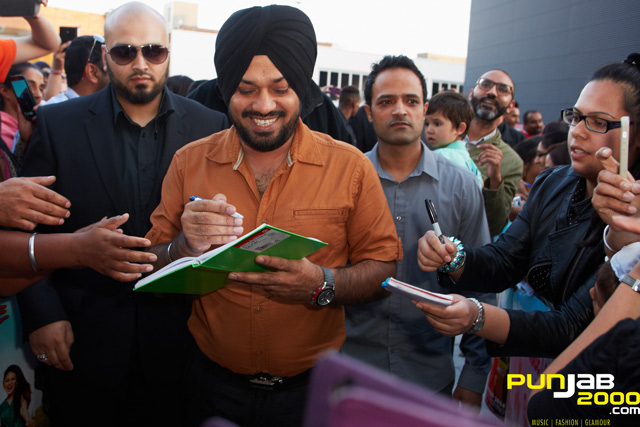 So no overseas premier for “Happy Go Lucky”?

Nai, only the one that we are doing in Isha’s city of Chandigarh. Unfortunately all the films from India no matter if they are from the South, Mumbai or Punjab tend to come out around the world the same day, unlike the west, where they stagger the release dates across the world. And before you ask I’ve no idea why its like that. It just seems to be the norm.

Haha, yes I was going to ask that , but you beat me to the punch Paji.

So do you have any plans of visiting the UK again soon?

Hanji hopefully I will be back toward the end of this year & I look forward to meeting all the fans & also the Punjab2000 team. I always meet members of your team every time I’m in UK. It’s good to see such consistency from you all.

Paji, thank you very much for your time & we look forward to watching “Happy Go Lucky”.

Jee aayan nu & I hope you enjoy the film.

Prepare for the most fun-filled and riotous Punjabi entertainer of the holidays, Happy Go Lucky, presented by Baweja Movies Pvt Ltd and Saga Music, distributed in the UK by B4U, releasing on 21st November.