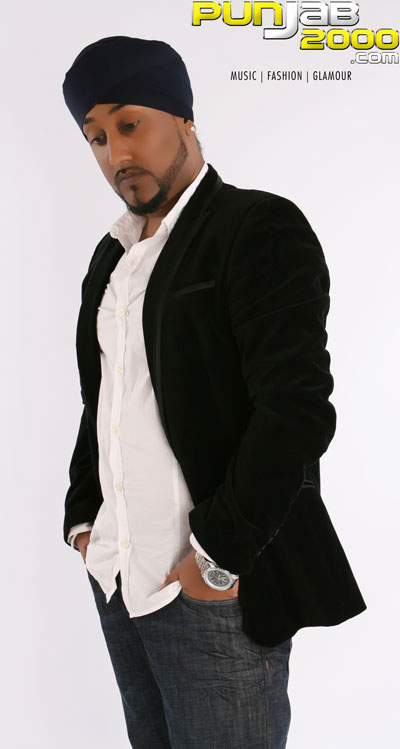 DJ Jagz aka Jagz Rajbans has built a reputation as one of West London’s most innovative DJ’s, with his unique mixing styles to his crowd reading abilities he certainly has what it takes to be the most sought after Asian DJ in the industry.

Jagz has been entertaining crowds up and down the country by creating an atmosphere like none other, from specialising in Bhangra along with Hip Hop & rnb.

Jagz consistently demonstrates his skills to diversify and maintain his reputation.DJ Jagz is releasing his debut album later this month, marking a huge stage in the career of the multi-talented DJ and Producer. Jagz has just put the final touches to the album, and is now preparing for the imminent release that will hopefully build upon his fan base and get his music heard by more people than ever.

The album, ‘My Moment’, consists of nine original songs produced by Jagz, each providing a combination of his DJ and Production skills.

Hosting 2 Smash Hit Kaka Bhaniawala tracks, of which ‘Ik Vari’ already set to be the track of summer 2009; he’s with out a doubt setting the bar higher for others to follow.The album was recorded at The Sound Pipe Studios in London , and its creation was supported by vocalists such as The Legendry Kaka Bhaniawala, Mukki G and Kuldip Manak to name a few.

The theme of the album underlies the modern Bhangra to the Old Skool Bhangra styles making it attractive to every kind of person.While producing the album Jagz’s travels took him far and wide to explore fresh sounds and develop his musical style.‘My Moment’ reveals the stunning array of influences that have found their way into Jagz’s music personality. Whilst his grounding came in private parties such as weddings and birthdays – he began to get himself known whilst playing in clubs across the country – he was always keen to bring something unique to the dance floor.Jagz has said of his work: “

From the moment I started producing the album I had an image of how it would be, but it’s exceeded my expectations.“Although I had a lot of exposure to music production from a very young age, it wasn’t until two years ago that I actually set my mind on doing what I had always wanted to do – produce an album for people to enjoy, and that was a real changing point for me.”

“Since then, my style has developed and I’ve incorporated other sounds and genres which have all made their way into ‘My Moment. The album is a reflection of my influences over the years.”

“The most exciting experience I have had while producing ‘My Moment’ was working with The Legendry Kaka Bhaniawala on the last two tracks he recorded vocally for my album – ‘Ik Vari’ and ‘Devil’s Eye’.

He was such a down to earth vocalist and as we all know a very talented one. When I heard the sad news of his death it really hit me hard, and the fact that he would have never been able to hear the final product. I know for sure he’s watching from above and admiring the finished product of his voice.”

“The album itself covers all aspects of music, it’s something that elders & youngsters can listen to and enjoy, there is a different feel to each track, some slow and some ‘commercial’ Bhangra tracks with immense dhol beats, it’s been a long hard journey but it’s out there for the people and I hope they enjoy it as much as I have enjoyed making it.”

The album will be launching on 30th August 2009, and fans are encouraged to visit Jagz website – www.djjagz.co.uk, which provides everything you could want to know about him. As well as checking out videos of ‘Ik Vari’ and ‘Devil’s Eye’ on all Asian music TV channels, you can also join the Official DJ Jagz facebook group to receive news and information about upcoming gigs and new releases.