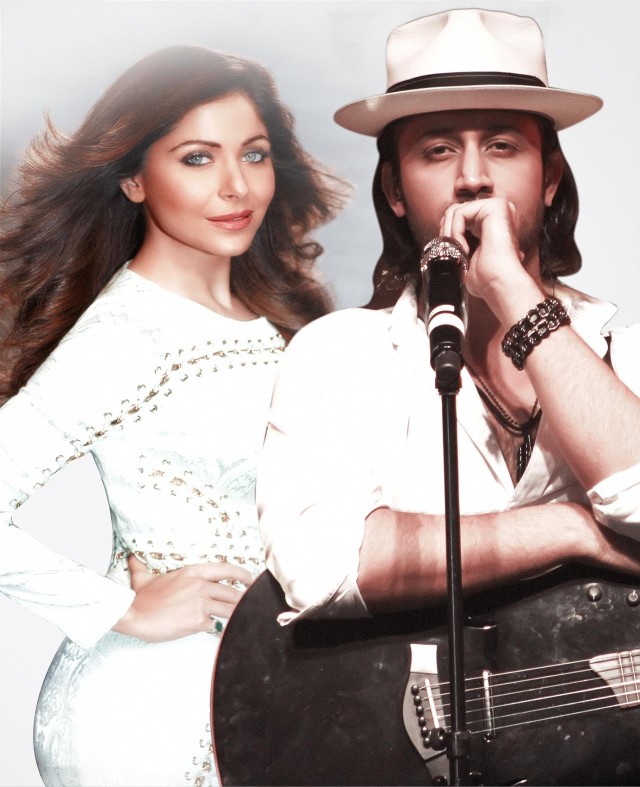 Get set for a night of back to back Bollywood hits on Sunday 27th November at the Eventim Apollo, Hammersmith

CineB presents the return of the biggest Asian rockstar on the planet, Atif Aslam! The Pakistani star is set to grace the stage in London once again on Sunday 27th November at the Eventim Apollo, Hammersmith for a one off live show, performing all of his biggest and best loved hits.

After another fantastic year of hit songs, Atif Aslam returns to London for a headline show set to rock all his UK fans. With classic tracks from the last decade including ‘Woh Lamhe’, ‘Tera Hone Laga Hoon’, ‘Be Intehan’, ‘Pehli Nazar Mein’ and the super hit of 2016 ‘Tera Sang Yaara’, Atif will set the stage alight once again in his inimitable style.

Joining Atif Aslam will be the leading lady of Bollywood hits, the current queen of the dancefloor, Kanika Kapoor. With hugely popular numbers such as ‘Baby Doll’, ‘Nachan Farate’, ‘Lovely’, ‘Beat Pe Booty’ and the massive ‘Chittiyan Kalaiyaan’, Kanika is one of the stand out Bollywood vocalists of the moment. Bringing her unique sound and style back to London, her energetic performance is sure to have the crowd on it’s feet.

Get set for a rocking Bollywood live show with two of the biggest artists on one stage for one night only, Sunday 27th November at the Eventim Apollo, Hammersmith.