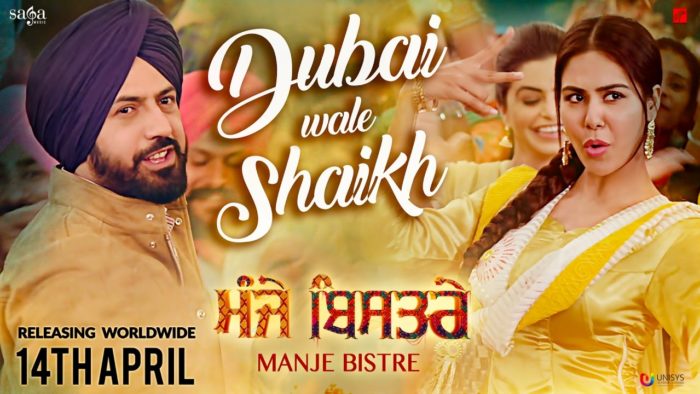 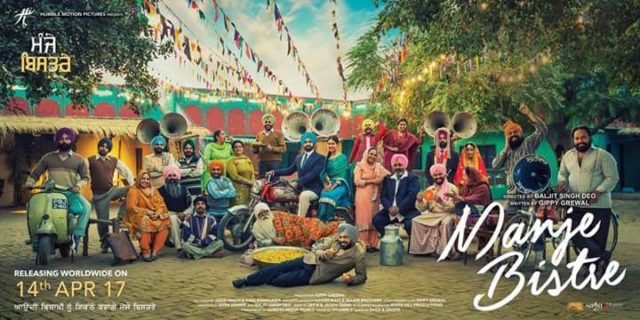 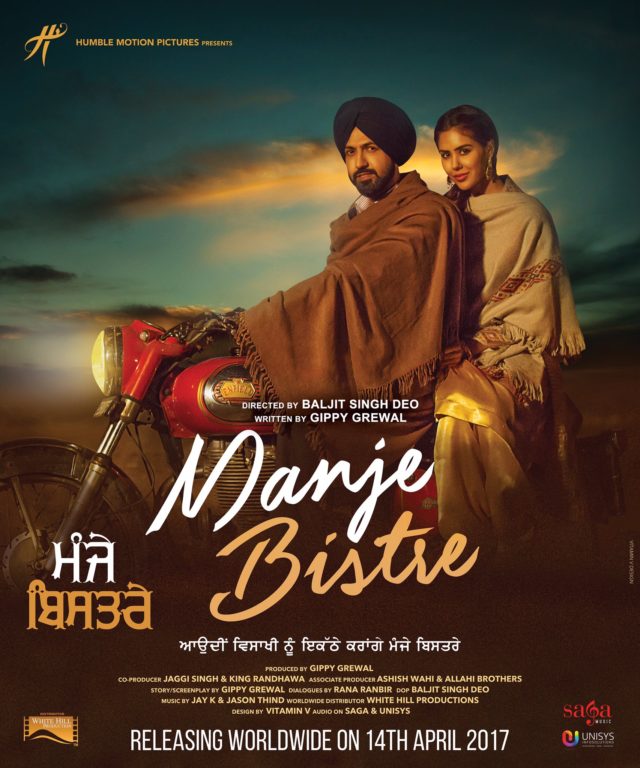 Written, produced by and starring Gippy Grewal, also starring Sonam Bajwa, Dilpreet Dhillon and Jaggi Singh in pivotal roles, along with many other Punjabi artists adding their uniqueness to create a wonderful family film. 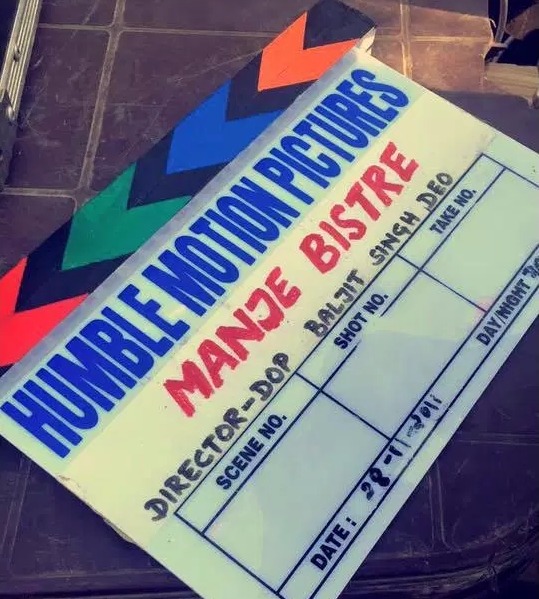 Gippy Grewal plays the character Sukhi, while preparing for his sister’s wedding meets Rano and immediately falls in love with her. Rano, being Sukhi’s sister’s friend is hesitant to get involved with him. What follows is a riot of laughs making it a fully fledged family entertainer.

The dialogues from Manje Bistre have been penned by Rana Ranbir and the story written by Gippy Grewal. Directed by Baljit Singh Deo and is scheduled for release on 14th April 2017.

This Vaisakhi, watch Manje Bistre to find out whether Sukhi wins over Rano and to see what a Punjabi wedding in Punjab is really like!