‘BURQ-OFF!’, “Burqas, Bikinis And Blow Jobs: My Life As a Muslim Woman in the West” – Nadia Manzoor 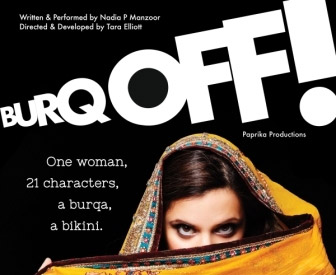 As the debate about immigration and integration rages on in the UK, one young British-Pakistani Muslim woman will provide a unique insight into the challenges faced by the immigrants themselves in an alien land.

‘Burq-Off!’ is an hilarious new one-woman show by writer and stand-up comic Nadia Manzoor, who has dared to explore the classic migrant’s’ conflict between the need to better integrate and the religious and cultural demands of their own communities.

After a series of sold-out performances in the United States, the show arrives in Nadia’s hometown of London 9 September – 14th September.

Written, produced and performed by 31-year-old Nadia, ‘Burq-Off!’ is an auto-biographical ‘variety’ show in which Nadia draws on her own life experiences to play 21 different characters – from her domineering Pakistan-born father and radicalised twin brother, through her saucy school friend and overbearing aunts, to the Islamic studies teacher with a sideline in pornography.

The show explores the myriad conflicts of identity, sexuality and culture Nadia had to contend with growing up in a conservative Pakistani family in 90’s England, and provides a rare woman’s perspective into the eternal quest to belong to two wildly opposing cultures.

‘Burq-Off!’ was one of the biggest selling Off Broadway shows of 2013 and, following a sell-out run in San Francisco, is coming to Nadia’s hometown for a special week-long run at the Cockpit Theatre in Central London.

US news and opinion portal the Daily Beast said of Nadia and ‘Burq Off!’: “Few artists address the clash of tribalism and modernity with more wit and insight than Nadia P. Manzoor and her show. She not only wrote this comedy gem, she inhabits twenty-plus characters to tell her story, a story that many in her community are too afraid merely to talk about.”

New York City arts review blog Letter from the Mezzanine said: “‘Burq Off!’ is funny and incredibly endearing. Each one of Manzoor’s 21 characters, largely her family and friends, feel like tangible, complex individuals. From her kind and affable mother to the violent unrest of radical Muslim college boys, Manzoor captures their physicality, motivations, and history with intuitive clarity.”

Born in the US to Pakistani parents but raised in leafy Hertfordshire from the age of three, Nadia’s return to London is a not-insignificant step for the young comic.

‘Burq-Off!’ raises difficult questions and provides an uncompromising look at a variety of issues that continue to blight the close-knit and insular British Pakistani community: from the tribalism that is often carried over by first generation immigrants to issues such as sex, girl’s education and marriage between blood relatives as well as the radicalization of young second and third generation migrants. 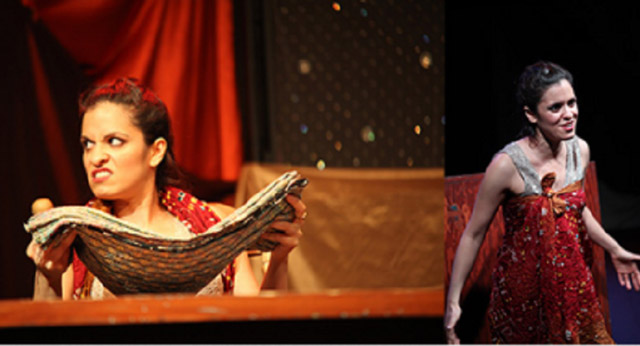 8 years ago in Events, Latest, News, News
"Burqas'BURQ-OFF!'Bikinis And Blow Jobs: My Life As a Muslim Woman in the West" - Nadia ManzoorComicConcertEventStand Up