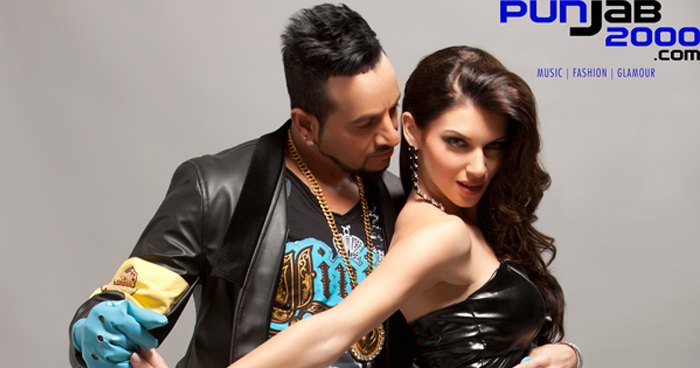 Jassi from Punjab2000 get’s the low down with the gorgeous model, dancer  & actress Scarlett Wilson 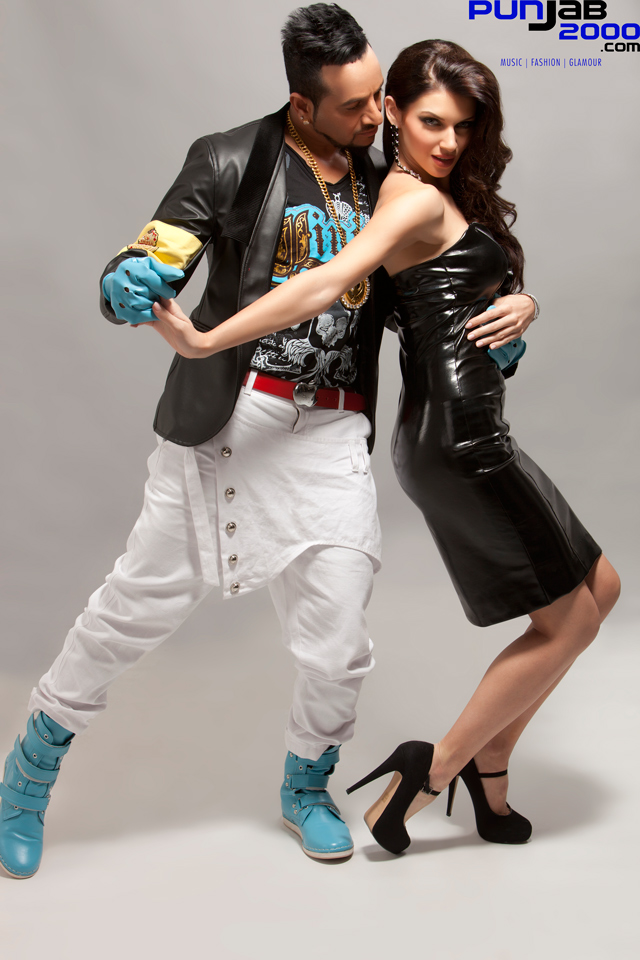 The journey till now has been fun; I came to India on a modelling contract and because I had trained in performing arts & dance forms such
as  Jazz, Ballet, Tap Dancing, Contemporary and acting in musicals, back in London, I got an offer to show off my dancing skills in the movie Shanghai.

2.   Did your ambition to be in Bollywood happen really quickly for you or has it taken much longer than expected?

It happened by chance actually, I was aware that Bollywood is a big industry and has a lot to offer, but I never thought I’d be a part of Bollywood so quickly.

3.  Being a foreigner, how fluent are you with the Hindi language if at all?

I am working on my Hindi and taking lessons on it, I can understand a little bit of Hindi & I can manage to speak a little.

4.  Do you prefer the Indian lifestyle or the British culture?

I frankly prefer the British Culture as I was born and raised there. But I am getting used to the Indian Lifestyle.

5.  Settling in – did you know anyone in the Bollywood industry before you made the move?

Not really, I got to meet a lot of people in the industry when I came to Mumbai

6. How was it telling your family & friends, that your passion was here and wanted to move out?

It was easy as I used to travel a lot on dance contracts outside of my country, and my family was so supportive.

7. What major changes did you have to make or major steps you had to take to make the move complete?

To be honest, hardly anything  at all, as I said I work abroad a lot, so it was nothing major at all

8. Tell us about the new Jazzy B video Feem, how did that happen?

Well I auditioned and got a chance to do the video, it was a lovely experience working with Jazzy B. The shoot lasted about 3 days & the concept was amazing, I wish I could say more, but it’s a safe to say it’s going to blow the socks of people!!

10. Who else are you working with right now? Any forthcoming projects you can let our readers know about?

I am shooting for a special song in Prabhudeva’s next movie ” R.. Rajkumar” starring Shahid Kapoor and Sonakshi Sinha  & I’m  in as of yet untitled Bollywood movie opposite Rajeev Khandelwal, which is set to release in 2014 directed by Ahsan Hayder. Some of my previous projects have been associated with brands like Asian Paints with Saif Ali Khan , Milano biscuit with Hritik Roshan, Being Human with Salman Khan, FORBES, Olivia , LG and many more.

11. Do you have any role models in the Bollywood / Tollywood industry?

My role model is definitely Aishwaria Rai Bachchan. I have been obsessed with her since the day I landed in India .. I could watch her endlessly. I also really look up to Katrina Kaif for how much she’s grown in this industry especially from not being from here.. She definitely inspires me.

12. Would you consider doing Punjabi film to?

I wouldn’t mind although learning the language would be a challenge, but I would be up for it, if the right project came along. I think I could play / pass of as a good Punjaban Kuri 🙂 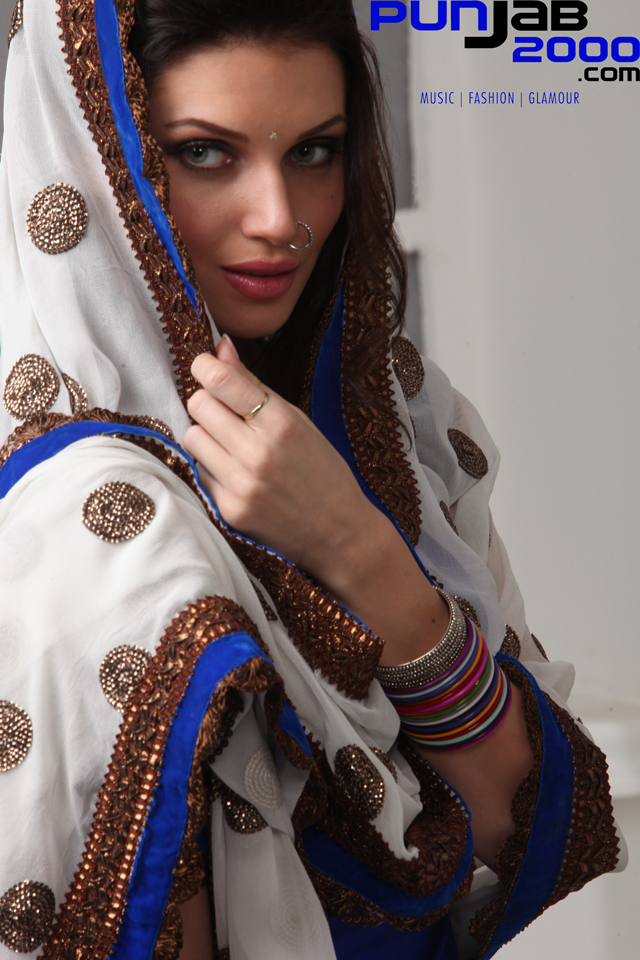 13. What different would you say there is between the South India Film Industry (Tollywood) & Indian Film Industry?

I don’t see much of a difference, although most of Tollywood is punctual and usually finish on time.

14. Who would you like to work with that is pushing you to make your dreams come true?

I would love to work with SRK (Shah Rukh Khan).

15. You’ve appeared on the front cover of Femina India. What was that feeling like? Have you had any more front covers in India or back in the UK?

It was a great feeling, I’ve shot for covers for New Woman India, Hair Magazine, and some more in India as well as Femina.

16. You’ve just shot with Prabu Deva who is one of the dancers in India, what was it like working with him?

It was an amazing experience, he is very talented, although the shoot is still on.

17. What is a day in Scarlett Wilson’s life like right now?

A day in my life starts early, and because I love working, it also consists a lot of travelling, eating good, and sleeping early.

18.  As for the Indian culture, away from the modelling and acting. What else interests you from it?

India is a beautiful place and I love the culture, the temples , the food is amazing J

19. Have you been sightseeing at all while you have been based in India?

Yes my work has taken me to almost all the corners of India and I love Rajasthan the most coz’ of their sand dunes.

20. Have you met any of the actors from the UK based in India like Amy Jackson or Katrina Kaif?

Yes. I have worked with Katrina Kaif. We have shot a commercial together.

Scarlett, thats us done for now, thank you for taking time out to chat to us here at Punjab2000.com, we look forward to seeing more of you in the future & in the Partners In Rhyme – Jazzy B video Feem. 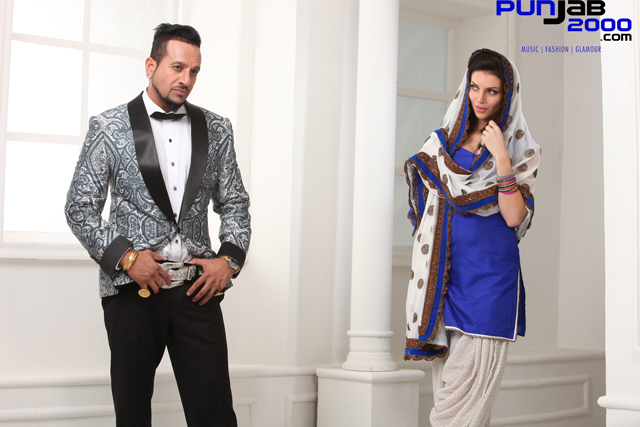 Jazzy B & Scarlett Wilson In Feem