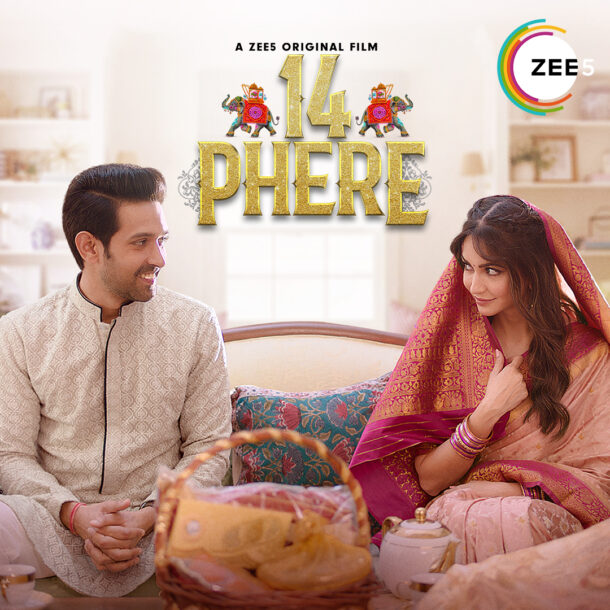 2x the drama combined with 2x the chaos equals dhamakedaar entertainment! 14 Phere coming this July, only on ZEE5

Directed by National award winner Devanshu Singh and written by Manoj Kalwani, the social comedy film will take you on a roller coaster ride

Vikrant Massey (Sanjay) and Kriti Kharbanda (Aditi), who have been associated with ZEE5 earlier (Vikrant in Broken But Beautiful and Kriti in Taish) now bring a quirky, contemporary social comedy that promises to be a complete entertainer.

“I remember the first time I read the script of 14 Phere, it was everything I was looking for! Drama, emotion, relatability and a strong character. Aditi has become a part of my personality in more ways than one! I can’t wait for the audiences to watch the story unfold on ZEE5! Imagine the drama and chaos of a typical Indian wedding, and then multiply that by two. The viewers are surely in for a joyride,” shares Kriti Kharbanda.

“14 Phere is filled with drama, comedy, quirkiness and a lot more. It will definitely be a great watch for families who can watch it together. It is highly relatable, and I hope the viewers thoroughly enjoy themselves when it premieres on ZEE5,” shares Vikrant Massey.

“After Chintu Ka Birthday, I was looking for a script that resonated with my sensibilities. Manoj Kalwani’s 14 Phere is all of that and much more. It’s an engaging story. A roller coaster ride that has its heart in the right place. It’s a family entertainer with songs and values. I am very positive about the film warming hearts and making our audience smile. Excited for everyone to watch 14 Phere on ZEE5,” shares director Devanshu Singh.

14 Phere premieres this July on ZEE5.

2 weeks ago in 2021, Latest
Kriti KharbandaVikrant MasseyZEE5 Global
Sign In