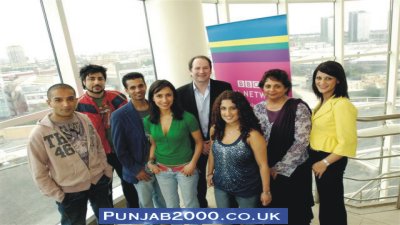 The Asian Network will offer listeners a changed schedule from April, with new presenters backed by some of the finest editorial talent in
broadcasting.

From Monday 24 April 2006
Weekdays 6.00-9.00am
Sony Award winning broadcaster Sonia Deol brings her lively style to the
new breakfast programme. Sonia has worked widely in radio and television, including reporting on Network East on BBC TWO.

She comes to her new show from the Asian Network's morning phone in programme.

From Monday 24 April 2006
Weekdays 9.00am-noon
Anita Rani takes over the reins of the compelling Asian Network phone-in
programme exploring the views of listeners across politics, religion,
cultural issues and celebrity culture. Anita has previously filled in on
the programme and brings extensive television experience through
presenting Desi DNA on BBC TWO.

From Monday 15 May 2006
Weekdays 12.00-12.30pm
From our Newsroom in Leicester, Rozina Sini leads a team of journalists presenting Update.
The programme has a new style of urban journalism for
an urban listenership.

From Monday 15 May 2006
Weekdays 12.30-4.00pm
Nikki Bedi is a well known face in the Brit Asian entertainment scene.
She has wide experience of the Bollywood world through presenting work on television.
Nikki moves from Drive on the Asian Network to take up the presentation duties on the afternoon show from 12.30pm weekdays.
In a completely new programme, afternoons will see the best of British
and world Asian culture in the arts and the entertainment world with top guests and discussion. The show features the daily soap Silver Street.

The BBC has provided South Asian speech radio for over 30 years.
The Asian Network will offer a new youthful and contemporary take on
broadcasting in the languages of Mirpuri, Bengali, Gujarati, Hindi Urdu
and Punjabi.

From Monday 15 May 2006
Weekdays 7.00-8.00pm
Salaam Namaste UK is the new weekday Hindi Urdu programme.
It will offer the best of news, views, discussion and celebrity
interviews in Hindi Urdu with former Breakfast presenter Gagan Grewal.

Bobby Friction's late night programme will have the best of new British Asian music.
The show will draw on Friction's position as a key figure in the Brit
Asian scene, and will see a distinct change in music policy, style and
structure from the current 'Late Night' format.
Friction will provide an unparalleled platform for breaking
British-Asian artists.

This will see a range of new programmes showcasing the best of British. 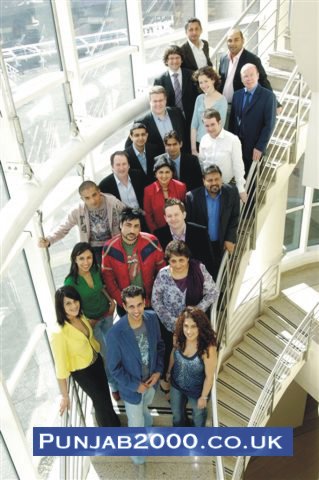