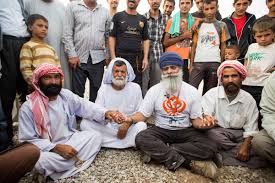 2016 has been  wonderful year for the Punjabi Sikh community worldwide. We bring you our Top Positive Punjabi  news stories of 2016.

Ravi Singh is a Sikh representing globally the face of Sikhism today. Khalsa Aid is a  humanitarian organisation working globally to help people from all religions and countries worldwide. Following in Guru Nanak Ji’s footsteps imbibing the values of Guru Gobind Singh Ji recognising the human race as one. Ravi and his team go from local flood rescue operations  to war zones where many would fear to go. Whether its UK, Haiti, Iraq, Lebonon, Greece, Turkey, helping Yezidi/syrian refugees Khalsa Aid are there first!

Ravi Singh asks everyone to make a new years resolution to help people who are suffering around the world. To look beyond race and religion to help those in need. He asks for help as they are expanding and helping more people.

He believes we can change the world through unity by changing our thought process to recognising the human race as one, we can help to make the world a better place in 2017. Words cannot express how grateful we are to Ravi Singh  and  his  Khalsa Aid team for the positive work they are doing.

A Sikh becomes Minister of Defence in Canada. 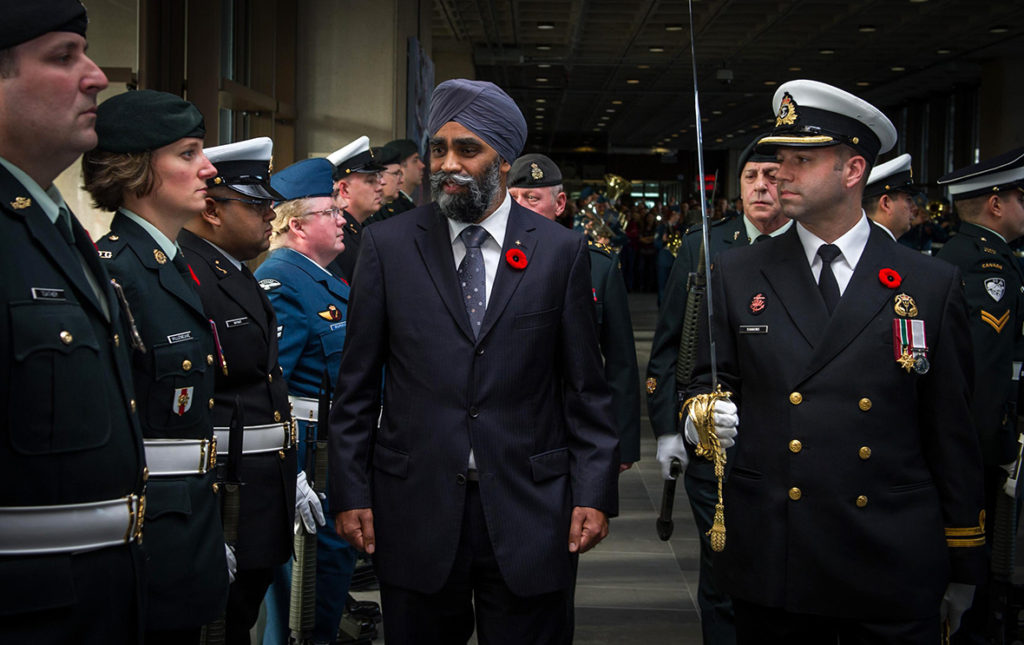 Harjit Singh Sajjan (born September 6, 1970) was sworn in as Minister of National Defence in Canada. Harjit Singh Sajjan is also Member of Parliament representing the riding of Vancouver South. He was reffered to as Canada’s new ‘badass’ defence minister. Sajjan is a combat veteran having  served with the military in Bosnia and Afghanistan and as a Vancouver police detective . He was the first Sikh to command a Canadian army regiment — the reserve The British Columbia Regiment (Duke of Connaught’s Own). 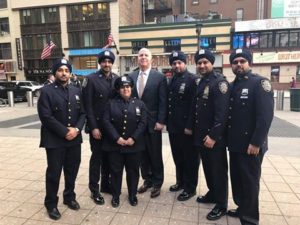 Proud moment of Sikhs around the world. We are pleased to announce that Sikh Officers Association #SOA worked with the New York City Police Department #NYPD to allow all Sikh Officers to wear the Turban. Before this policy change, Sikh Officers were only authorized to wear the patka with the Uniform Hat.

A proud moment for Punjabi’s worldwide as we see Diljit Dosanjh join the Actors round table. The first turbaned Sikh to sit with the likes of Amitabh Bachchan, Shahid Kapoor and Ranbir Kapoor at the round table. He has also just been ranked in the top 100 rich and famous celebrities in the Forbes 10 list! We have witnessed Diljit go from strength to strength and look forward to what he has planned for 2017. 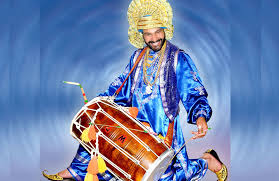 Gurcharan mall who has entertained us with his talents for many years received a BEM British empire medal yesterday Gurcharan Mall, musician and teacher, for services to British Asian music and performing arts. This is another big achievement for our UK/Worldwide Punjabi arts and culture. 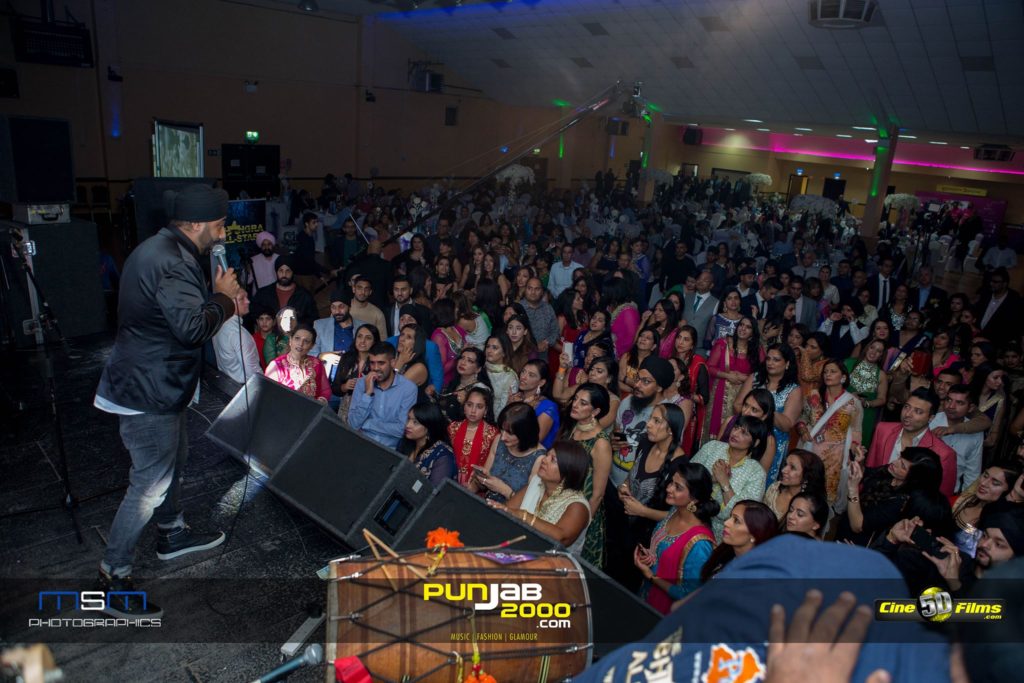 The Panjabi live music scene grow tremendously especially last year with so many live shows in the UK by world famous artists such as the  Norran Sisters, Ranjit Bawa, Satinder Sartaaj, Diljit Dosanjh, Mika Singh, Daler Mehndi and Babbu Maan. Supporting a number of  promoters, Punjab2000 covered these events to  spread awareness of the exciting UK Punjabi music scene. We eagerly anticipate 2017 and the living legend that is Gurdas Maan to grace the UK music scene with his presence once again. 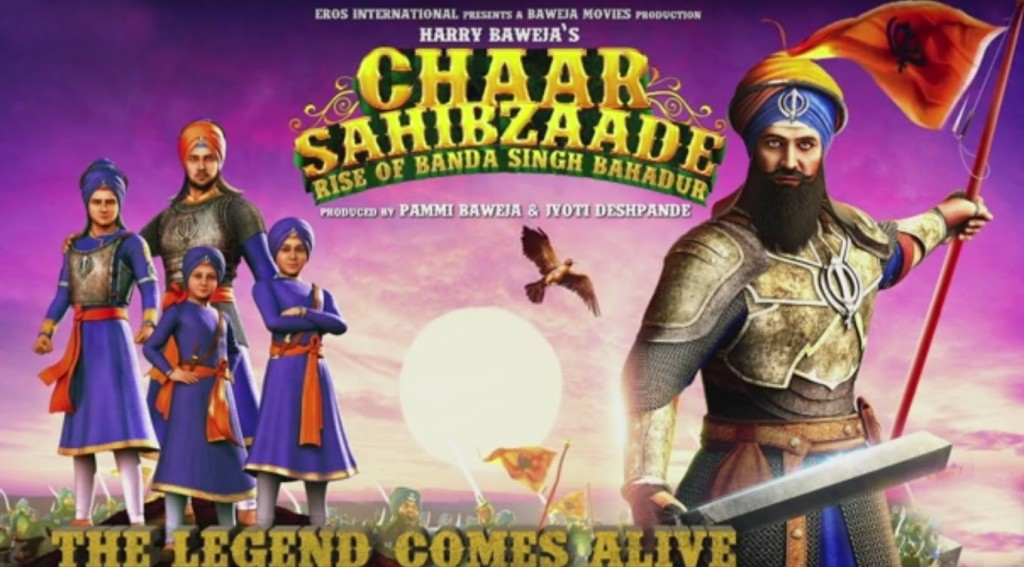 2016 has seen Punjabi cinema take a leap in the quality and production of films being released. The variety of topics covered is thought provoking whilst entertaining. With the release of Char Sahibzaade & the follow up of  Chaar Sahibzaade: Rise Of Banda Singh Bahadur  we can see the superb animation skills bringing to life the Sikh History.  Another film from 2016 was Udta Punjab  which demonstrates the crossover potential of Punjabiat into Bollywood. It was made on a budget of approx. US$6 million it earned approximately  US$15 million worldwide. The film has received many critical acclaims Sukanya Verma of Rediff.com gave the film 4 stars out of 5, saying “Udta Punjab is a wake-up call, an important film and a mighty impressive one at that, carrying a loud anti-drug message”.

This is a personal favorite of ours as we witnessed the UK Punjabi Music industry come together in unity to pay tribute to Tony Pabla the co founder of Punjab2000. The event was also about raising awareness for organ donation as well as a charity fund raiser.  The Punjab2000 team would like to thank all the artists who came and showed their love for Tony and Punjab2000.

If you would also like to add to this list then please send us a email with the details.