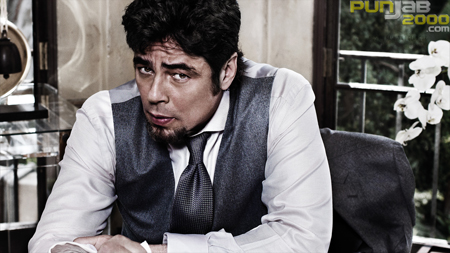 Puerto Rican born Del Toro is the first ever man to star in the iconic series of Campari Calendars, in this 12th edition. Entitled The Red Affair, the Calendar tells the intriguing story of a charismatic art connoisseur, who receives a mysterious message setting him on a fascinating adventure to discover its meaning, crack a ring of illegal art dealers and rescue a beautiful woman.

For the 12th edition Campari has taken a unique approach to the Calendar, taking inspiration from the

power of cinema. The Red Affair seeks to capture the audience through an engaging and intriguing

cinematic story told through a series of photographs. In order to achieve this through still images alone Campari wanted a lead actor to star alongside the Red Drink who could bring as much passion and authenticity to an image as they do to film, and found this in Benicio Del Toro.

The move from films to a series of stills was a new experience for Benicio Del Toro: "Telling a story through still images was a new challenge for me and required a different approach, playing more to the camerathan I would when shooting a movie. What attracted me most to the calendar was The Red Affair's seductive story, and for me and Michel Comte, it was important to mirror the vibrancy, style and intensity of Campari." 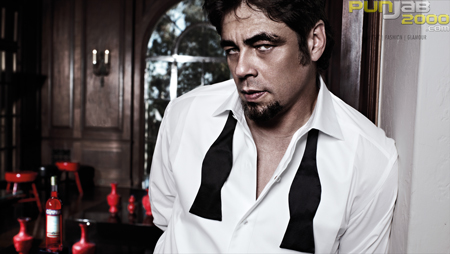 unfolds.
Comte has sought to produce images that are charged with heightened anticipation, passion and authenticity  – this is best demonstrated in the penultimate scene when Comte has the female lead throwing a real glass of Campari over the villain.

Michel Comte describes the commitment to veracity in the Calendar: “The images in the Calendar are very emotional, very Italian and very Campari. I seek to capture truth of the moment but also those in-between

moments, before the action unfolds. During the shoot I wanted to preserve the authenticity of each shot,

each expression and the interplay between our characters, maintaining a cinematic style at the same time. ”In its 150th anniversary year Campari has chosen to make a break with more than a decade of tradition by choosing to introduce a male lead to the Campari Calendar for the first time.

Del Toro becomes the first ever Campari Man, taking on the lead role previously held by some of the world’s most beautiful women, including the 2010 star, ‘Quantum of Solace’ Bond girl, Olga Kurylenko, Salma Hayek, Eva Mendes and Jessica Alba.

Gruppo Campari CEO Bob Kunze-Concewitz explains why The Red Affair is a calendar of firsts for Campari:“

At Campari, challenging the status quo is in our DNA. The introduction of our first ever male star and the

creation of this unique cinematic style take our iconic Calendar in a completely new direction.

Although the Calendar has a very new look, it retains the unmistakable Campari red that binds our characters together and the thrill of anticipation felt in each image”.

Bob Kunze-Concewitz, continues “One of the most intriguing aspects of The Red Affair is that although we have our own understanding of the story at Campari, it is open to interpretation and we are looking forward to hearing how fans of Campari interpret them to create their own Red Affair.”

The Campari Calendar, of which only 9,999 copies are printed, will not go on sale but will be distributed to friends of Campari internationally.

Campari has teamed up with Les Enfants Pictures, led by Enrica de Biasi, to conceive and produce the