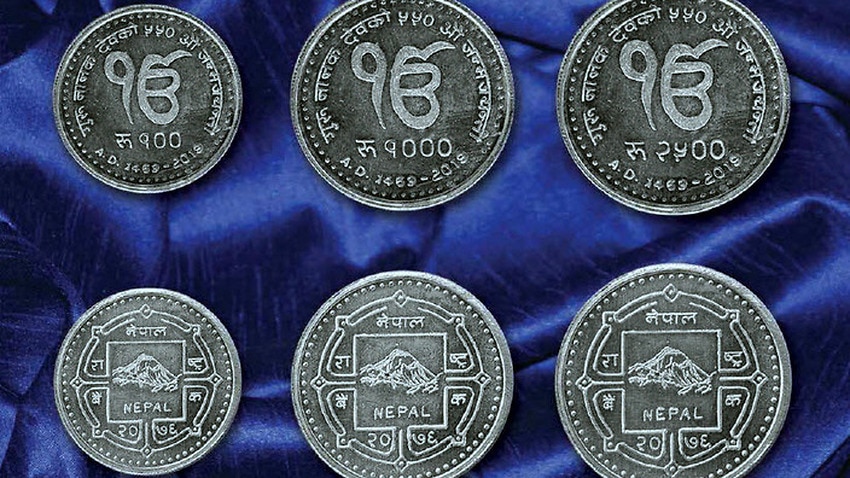 Three commemorative coins with the denomination of 100, 1000 and 2500 Nepali rupees were issued on Friday September 27, to mark the upcoming 550th birth anniversary of Guru Nanak.

The coins were jointly released by the Governor of Nepal Central Bank Dr Chiranjibi Nepal and the Indian ambassador in Kathmandu, Manjeev Singh Puri.

The symbol ‘Ek Oankar’ (God is one) is inscribed on one side of all three coins, with Nepali words meaning ‘550th birth anniversary of Guru Nanak’ embossed on the edges.

Nepal is one of the very few countries to have issued legal tender with a direct Sikh connection.  Guru Nanak Ji  visited Balaju area in the outskirt of Kathmandu five hundred years ago. 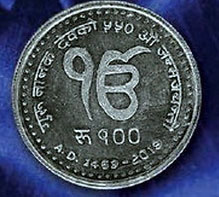 Previously in the year 2004 as well, the Nepal Rastra Bank had released a coin worth NPR 250 to commemorate the 400th anniversary of the Guru Granth Sahib.

That coin had featured a ‘Khanda’ as well as an image of the Sri Guru Granth Sahib, the holy Sikh scriptures.