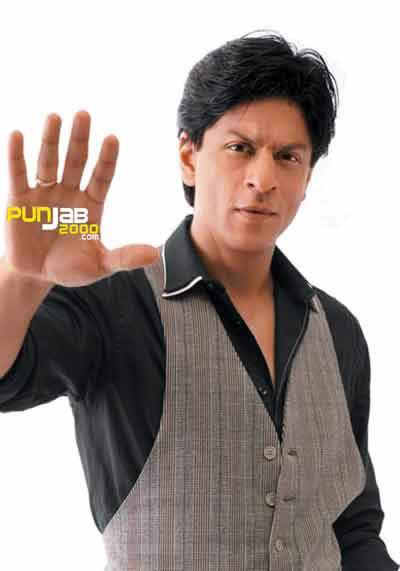 King Khan, Shah Rukh, plays the role of schoolmaster as he takes us back into the classroom for the first ever term of the much-hyped Paanchvi Pass, coming exclusively to leading Asian entertainment channel, STAR Plus on 13th June, broadcasting every Friday to Sunday at 9.00pm.

And what’s more, to celebrate the show’s launch in the UK, watch out for the Paanchvi Pass School Bus, which will be visiting various towns from 7th June 2008, where a class load of Quiz Squads will be giving away gift bags filled with Paanchvi Pass goodies and memorabilia.

Now it’s time for the adults to have some fun, as they get the chance to play big kids and beat off the other classroom swots as they battle it out to win the ultimate pocket money jackpot of Rs 5 Crores. Controlling the class and assessing his hopeful contestants is none other than the Head Boy of Bollywood, Shah Rukh Khan, who certainly isn’t afraid of disciplining his players if he catches them cheating or breaking the rules.

Contestants won’t have sweated so much since the days of school exams, as they engage in a battle of the brains on this challenging studio-based game show, inspired by the ratings-winning Are You Smarter Than A Five-Year-Old. Each round is, played by an individual contestant, who will play for the chance to win the jackpot prize money by answering 11 questions that Master Shah Rukh has specially selected from primary school workbooks of first to fifth class.

The contestant is, presented with ten subject cards, and each correct answer moves them further up the classroom scores to the final question and ultimate prize money. A sneaky twist is added, as contestants have three lifelines, or ‘cheats’, to use over the course of a round, without getting busted.

The number one television channel in India, STAR Plus is committed to delivering the most dynamic and exciting programming content. Catering to the ever changing tastes and expectations across different generations of viewers not only in India, but across the globe,

STAR Plus’ commitment to offering only the very best in programming brings Asian television well and truly into the 21st century, with something for everyone. Paanchvi Pass is certainly no exception and will have viewers at home glued to their seats in true classroom prank style.

The exciting new term of Paanchvi Pass begins 13th June 2008 and will be broadcast every Friday to Sunday at 9.00pm, exclusively on STAR Plus.

Anyone who is late for class will be strictly disciplined!!