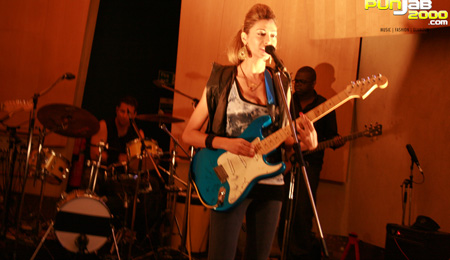 Sonna started singing and playing piano from the age of four. Hardly surprising as her Mother is a well-respected Indian singer, her Father a renowned musician and her Grandma a noted singer/musician still making albums in India.

Encouraged by her parents enthusiasm, Sonna spent almost her entire childhood in music lessons obsessively practicing until at 14, she met a local talented producer who gave her an insight into song writing. The outlet for expression was found.

By 15, Sonna was recording demos and performing backing vocals for other artists when she met Producer Livingstone Brown who immediately offered Sonna a production deal and introduced her to Universal Records.

Sonna flew to New York to do a showcase for Doug Morris and Monty Lipman. Just 16, with no idea of what was expected, she turned up in super baggy joggers, with a guitar and a big, fat smile. Before finishing one song, Doug Morris locked the doors and signed her straight away.

Sonna then spent the next couple of years performing with/supporting artists like Raghav, Joss Stone and Maxi Priest playing to huge audiences in the US, Canada and UK and loving every bit of it. 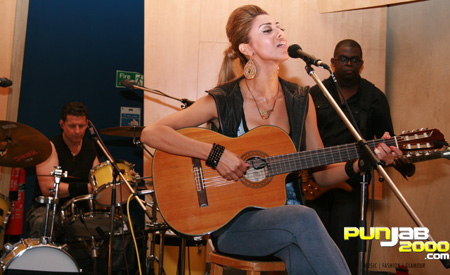 Using just a drum machine, keyboard and guitar, Sonna stunned audiences with her performance. After the Brixton Academy show, a blind Indian woman waited over an hour just to tell Sonna how every word and every note, made her feel alive again. This was the poignant reminder that Sonna needed. She had an incredible gift and it needed to be shared.

Sonna and Livingstone, together with legendary songwriter, Paul Barry spent a year of making magic music resulting in interest from various record labels.

Despite numerous offers, Sonna was determined to sign to Sony/RCA because label head Craig Logan clearly shared her vision and understood her as an artist.

Working closely with Craig and Producer Livingstone, Sonna has spent the past 18 months making the album she has always wanted to make.

Stay tuned. It’s about to get very interesting

Share on FacebookShare on Twitter
11 years ago in Bio's / Profiles
Bio's on artiste etc.BiographySonna Rele Love Stones Like You Love Yourself Urban Brit Asian Soulstress of Wyclef Jean