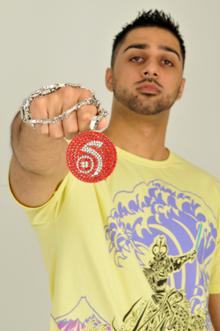 The London based rapper has teamed up with globally renowned producers Tigerstyle to create a unique sound for the summer. Having cemented themselves in the British Asian industry,  production duo Tigerstyle have been working on various projects and have recently hooked up with Shizzio to develop a new sound. “I Swear” crosses many genres and boundaries with a fusion of grime, rock and Asian beats.

Pops, one half of Tigerstyle says “’I Swear’ is a track we worked on with Shizzio to help give the music industry a well deserved boost. We’ve created something fresh for the listeners with an edgy sound and in Shizzio, I think we have one of the most promising urban stars in Britain. ‘I Swear’ definitely has all the makings of a summer anthem”.

Shizzio is no stranger to the spotlight after his 2007 smash hit “Arabian Dance” which won him approval from various corners of the music industry, including Asian music trend-setters and award winning DJ’s Bobby Friction and Nihal (BBC Radio 1/Asian Network).

Of the new track, Nihal says “Like Lil Wayne's 'A Milli' or 50 Cent’s 'I Get Money', Shizzio’s ‘I Swear’ has the potential to destroy not only dancefloors but all buildings within a five mile radius. Tigerstyle's heavyweight production and Shizzio's stone crushing lyrical delivery will shock you to the core”.

Bobby Friction adds “Shizzio has been a singular & unique talent since I first discovered his music a couple of years back.  Funny, satirical and with balls of steel, his rock/hip hop/bhangra collaboration with Tigerstyle will blow him into the stratosphere as a talent to be recognised.”

Shizzio’s unmistakeable style has already seen him conquer the America’s, where his 2008 hit “Put Up Your Breitling” was number one in the Miami pop charts for an amazing five weeks and at the top of Venezula’s leading music chart for eight weeks, proving that he can cross over and appeal to a mass market.

With more hits due this year, Shizzio’s stock is rising and if rumours of a globally renowned act set to appear on a special remix of “I Swear” are true then 2009 will see Shizzio break new ground in the UK’s urban scene. With other collaborations in the pipeline, including the single “Rockit Girl” featuring US R’n’B artist TQ, keep your eyes and ears peeled for one of this year’s most exciting artists! 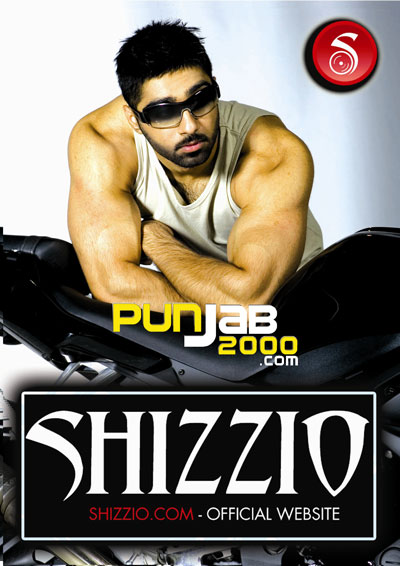 “I Swear” will be available to download on iTunes soon!