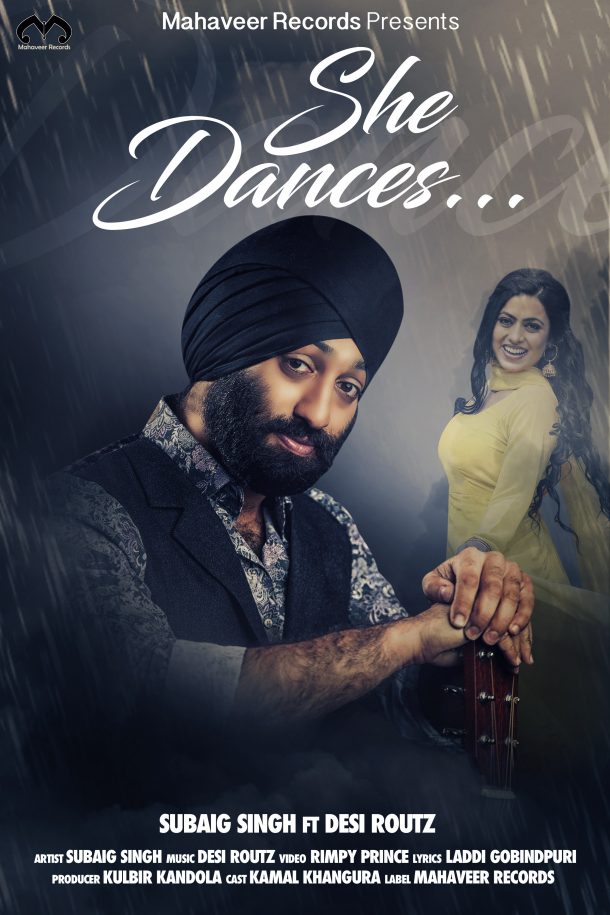 SHE DANCES OUT NOW by SUBAIG SINGH

International artist, Subaig Singh has been on a rapid rise over the last 2 years. July 15th will see the release of ‘’ SHE DANCES’’ Ft Desi Routz, which has been creating quite a buzz throughout the music industry. With his catchy hook lines, high budget music videos and relentless flow, Subaig Singh has definitely made his mark in the music industry.

While working as an A&E Doctor full time and being a well-known ex-professional Cage Fighter, Subaig Singh has changed his life, dropping hit after hit, releasing multiple videos, and has worked with platinum music producers such as Popsy The Music Machine and awards-winning film producers like Rimpy Prince which has gained him national exposure and success.

‘’ SHE DANCES’’ can be best described as a romantic beat song. The lyrics, penned by Laddi Gobindpuri paint an image of a beautiful girl dancing in the rain with her friends whilst her lover admires her from a distance. This scene is captured artistically in epic Bollywood style by the video producers, Rimpy Prince. This is Subaig’s first collaboration with some of Punjab’s top music producers, Desi Routz, who have worked with all the top names in Punjab such as Mankirat Aulakh, Ranjit Bawa and Sunanda Sharma.

Saturday 14t July 2018 will see Subaig Singh performing at Zee Sandwell & Birmingham Mela alongside Miss Pooja, Roshan Prince and Shide Boss to name a few with a 1st time exclusive performance of ‘’SHE DANCES’’. The release of this song coincides with the first day of the month of Sawan, in India, ie rainy season and has cultural significance in both India and Pakistan.

To sum it all up, Subaig Singh will be knocking down all the doors in the industry very soon.
Click the link to check out the music:
http://itunes.apple.com/album/id1405080050?ls=1&app=itunes