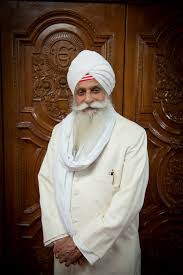 Sewa Singh Mandla OBE who has passed away aged 90

It all started in 1977, when Gurinder Singh Mandla was 12 years old. He had passed an entrance exam for a private school in Birmingham. 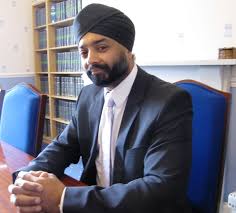 His father, Sewa Singh Mandla, was concerned that other boys at the school would tease Gurinder for wearing a turban. So he went to meet with the headmaster. “[The headmaster] said: ‘Well, you know the rules of my school is that every child here has got to wear a cap,’” said the older Mandla.
The boy would also have to keep his hair short. Mandla replied that it would be against his son’s faith to cut his hair and not wear a turban. He reminded the headmaster that wearing a turban was accepted in the British military.
But it didn’t help. The boy was denied a place at the school.
The Mandla family sued. Under British law, they had to prove that Sikhs were a distinct ethnic group. “To show that you’re an ethnic group, you had to show that you have an identity,” said the older Mandla. “You have your own language. I had witnesses say that we had our own script, the Punjabi script.”
The Mandlas lost the case in lower court, and then again on appeal. But as the case continued working its way through the legal system, it was energizing Britain’s Sikhs. The refusal of one school to admit a boy wearing a turban was snowballing into something that became known as the turban rights movement. 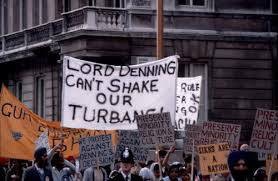 Finally, in the House of Lords, the Mandlas prevailed.