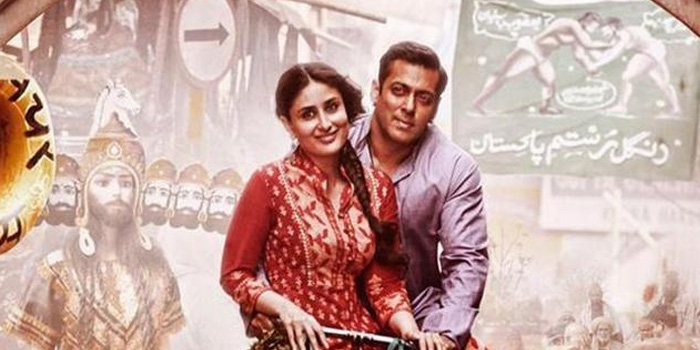 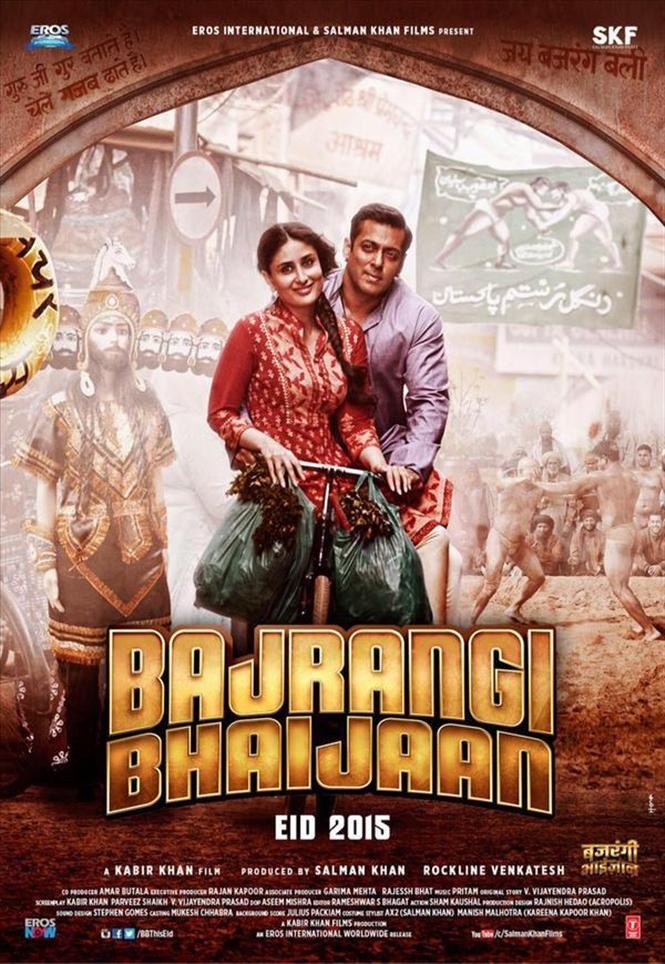 Last week Punjab2000 were invited to the video conference of Bajarangi  Bhaijaan with Salman Khan at Eros International’s head office in London. The movie which will take us all on an emotional journey, looks set to become another blockbuster and is already considered one of  Salman’s best performance. It will be released worldwide this Friday July 17th for Eid. 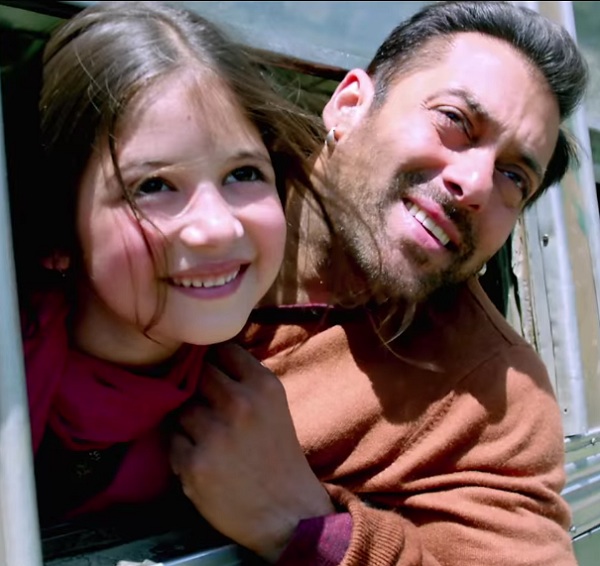 Bajrangi Bhaijaan, directed by Kabir Khan (Ek Tha Tiger) is the story about a young mute girl (Munni) from Pakistan, who is lost in India. Salman’s character Pawan (Bajrangi) having a compassionate heart, takes on the task to get Munni back to her homeland to reunite her with her family.

We had a wonderful time talking to Salman about Bajrangi Bhaijaan, who was in an extremely relaxed and jovial mood.

Salman was firstly asked to give 3 reasons why we should all go and watch the film.

SK “Well….coz I’m in it. Because Kabir Khan has made yet again an incredible movie. The script is fantastic, the girl in the movie is simple awesome, a delight to work with both on and off screen. The film revolves around humanity. It’s really well shot with incredible locations. The musics incredible and Kareena Kapoor is gorgeous!”

Plenty more than three reasons to watch the film. 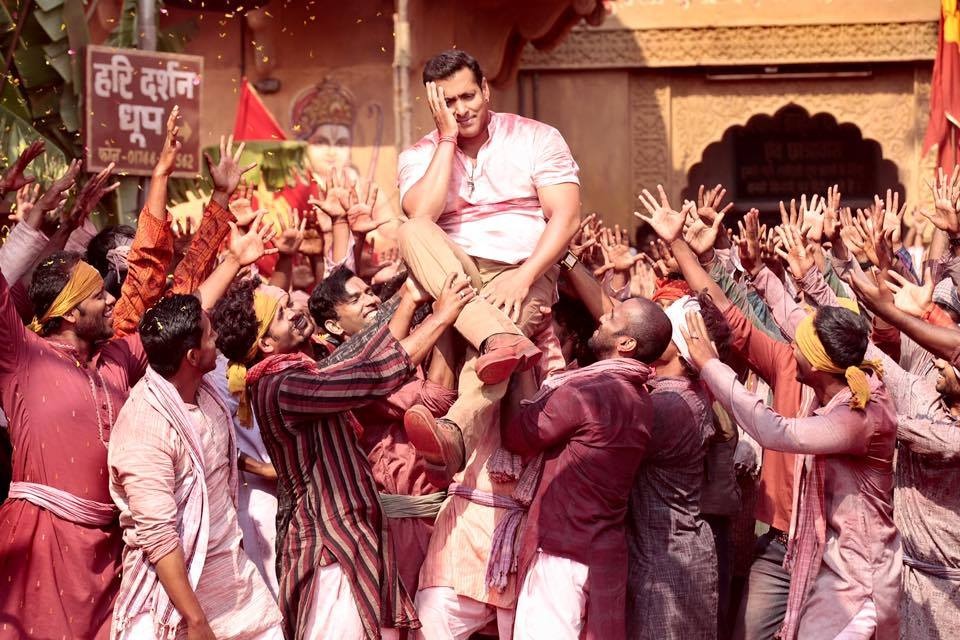 Munni’s character is played by the talented and adorable Harshaali Malhotra, age 7 in her debut film role. During final auditions when the part of Munni was narrowed down to three girls Salman explained how she stood apart. “Whilst auditioning the two other girls kept looking at Harshaali then at me, then at Harshaali then back to me. Harshaali stayed calm and then looked up to me and said “Aap mujhe aap ki taran superstar kab banoge”. I knew then we had our Munni. Those poor other kids knew they lost to her automatically.” Harshaali’s mum had explained to Salman that her daughter, even though only age 6 during filming, in her own head has set her standards so high. Salman explained how hard working the young actress is, how she wants to be successful and is working towards that goal. He talked about how smart and well behaved she was and that she possessed all the qualities to become a successful actor. He also said that Harshaali had taught him how to act and to be natural. 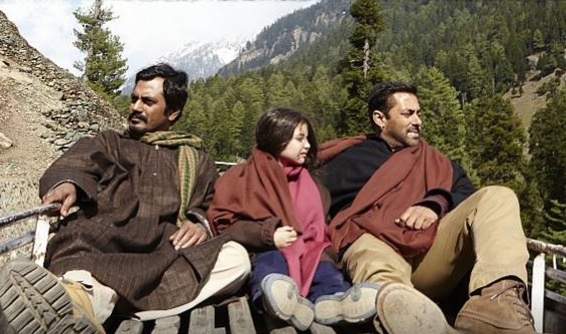 I spoke to Salman about meeting him 20 years previously at an event in London and how much he had grown in character and as an actor. As he is playing the character of a humanitarian I asked him how important it was to be a responsible person and play responsible characters, or if he felt pressure to do so as the masses look to him and other bollywood stars for inspiration.

“It’s frustrating because we take these liberties on screen but we cannot take those liberties in real life. Even though we can do the most nicest and normal things sometimes we can get stuck. Being honest at times becomes the problem. Even though you may be honest and truthful and you feel sorely about something, you have to transpire to it and you have to soften your words and sometimes take both sides. So this is basically what I want to do, take the good out of that character on film, bring it back to life and keep it here. ” 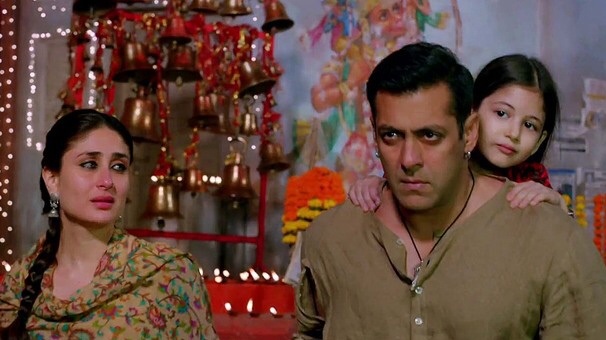 Salman goes on to talk about the music in Bajrangi Bhaijaan and in particular ‘Bhar do jholi meri’ sung by Adnan Sami, originally by the Sabri brothers. He had heard the song several times as a child in one night as was a huge fan of it. He had felt a huge connection with that particular qawwali and played it to Kabir Khan. Both of them felt that it was a great track for the film but couldn’t decide on who was going to sing it. They had wanted whoever was going to sing it to be in the film performing the song and not just a voice on the soundtrack.

Salman had decided on Adnan Sami but in his head had visualised Adnan as the big guy that he once was and not the slim guy that he is now. The qawwali wasn’t the usual style of Adnan Sami neither was it at the pitch he sings at. But after reaching the high notes and singing it so beautifully Salman also spoke about how well he performed the song and thought that Sami was an incredible actor. He was glad that the future generations and those that didn’t remember this old song would get to hear and enjoy it and those that had believed it was one of the most mind blowing qawwalis they had ever heard. 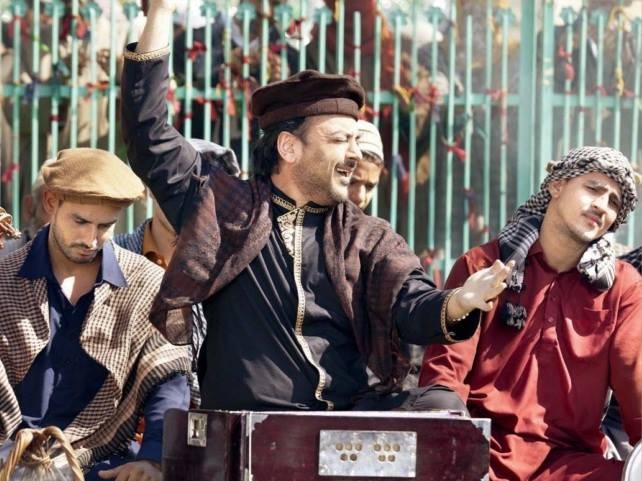 Salman was asked if he was going to reinvent himself as he had been playing similar larger than life characters for several years to which he replied, “I’ll still do the same thing bro.” They have to be a nice person, there has to be emotion, there has to be romance and there has to be action. Our movies are the only movies where we can have a huge emotional scene and then break out into a fun song. Our format of movies and our audience are beautiful. I am just choosing the best of my own capability and capacity. That’s all that I’m doing so when I’m setup against such large backdrops, those backdrops automatically make me look bigger and larger than I am, that’s it. 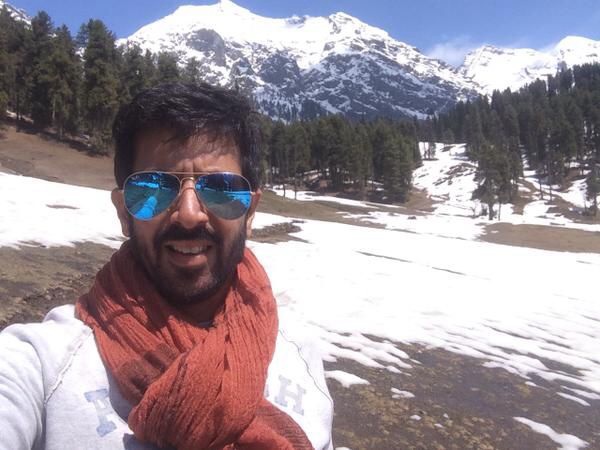 This is Salman’s second movie project with Director Kabir Khan after working with him on the hit film Ek Tha Tiger. The experience was slightly different in that all locations for Bajrangi Bhaijaan were shot throughout India whereas his previous film, all overseas, flying from location to location.

SK “The first experience was an incredible ride, the second was a better one. We’ve seen the length and breadth of the country and we’ve trekked for miles and miles. In the desert, in the snow peaked mountains. He (Kabir) likes to trekk! The film looks spectacular because we found locations that even birds couldn’t see. It’s difficult for them to even reach these points haha but we managed.” 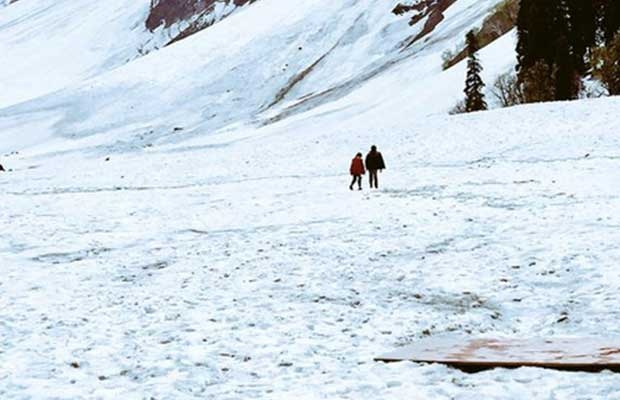 Salman talked about his experience of turning producer for the movie.

SK “I really loved it. I was working with one of the nicest actors ever (laughter from all of us). He was very cooperative and it was a great experience.

Having starred opposite Kareena in several films Salman was asked if he would consider being paired again with her elder sibling Karishma. He had said she was a great actress, looking even better than her younger sister but that she was a busy mum of two and her time was taken up with her children. Both sisters were in London last week so Salman had said for us to keep them here as he couldn’t handle them when together as always up to mischief. 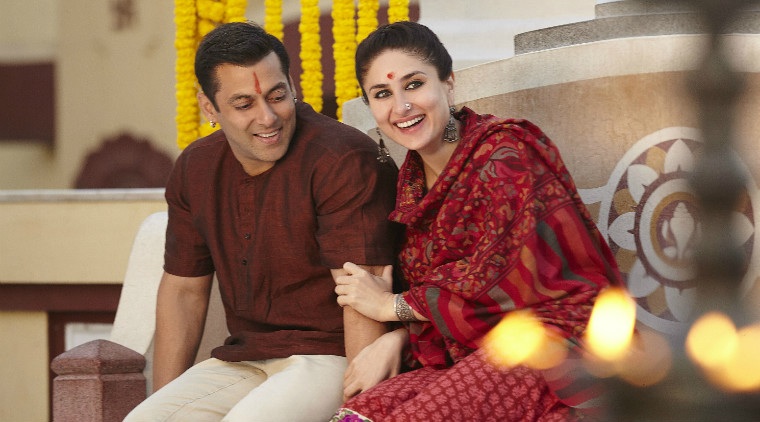 When asked about the message he wants people to take with them after watching Bajrangi Bhaijaan, Salman said he wanted nothing better than people being nice to each other, to be pleasant, happy and to be humanitarians. 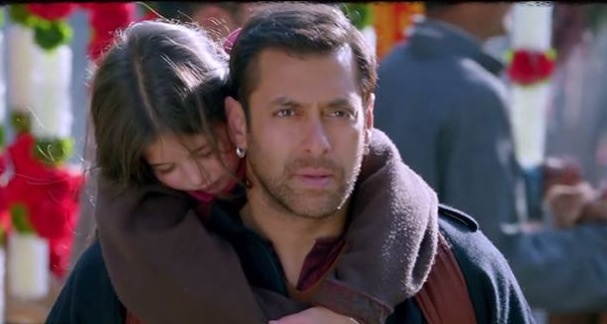 “If I saw a girl as cute as her, that cannot speak and who’s lost…..I would definitely help her. Then when I get to know she’s missing her parents, I’ll make sure I would do whatever it takes to get her back home safely to her family. I need you all to do the same. The film will connect straight to your heart. When you come out of the cinema, I guarantee you will have tears of joy in your eyes. You will feel lighter. You will come out a much better person. I don’t know how long that will last (we all start laughing at this point) but for the time being you will feel like calling up your loved ones. It will stay with you for a while.”

Watch the trailers below.