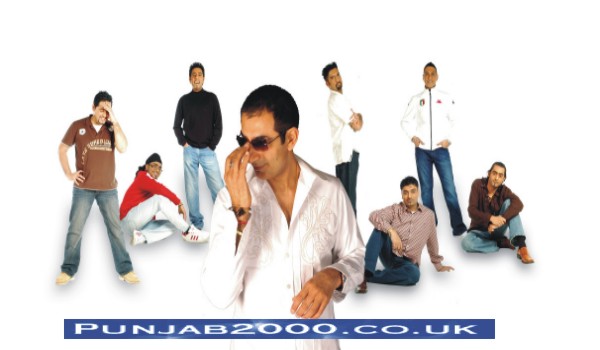 One of the most hotly anticipated tracks for a while in the scene throws together the might of vocal giants Shin and none other than Juggy D to kick off the album in style with this funky collaboration. The track has an unmistakable groove which can’t fail in getting you to move and shake along, and Shin and Juggy compliment each other excellently on the vocal side of things. I know that this track is already loved by many and it sets the scene well for what is to come from the DCS sound. They’ve managed to keep that raw desi vibe, but have successfully added a modern twist to create what will surely be a dancefloor success.

After the storming start from Track 2, Pilade Pilade keeps the vibe flowing with a brighter, lighter groove. It would be very hard to ever criticize Shin’s vocal performance on any track and again he delivers the goods. You can tell at this point that this is very different from what is being released in the industry as we speak. Thankfully, it is for the better. DCS are taking Bhangra back to where it needs to be.

The first slow number of the album. Shin’s haunting vocals introduce the track on what is a very chilled and atmospheric tune. Most slow songs these days are chances for producers to fill their albums, but this has a pleasant edge to it which makes it extremely enjoyable to sit back and chill out to. Definitely not your standard filler by a long shot.

Probably one of the most upbeat and lively productions that this album has to offer. DCS again managing to bring their trademark vibe to the table and its one of those tracks that will have you undoubtedly bouncing along. Extremely catchy in its delivery and Shin’s vocals are again the perfect compliment to the excellent production job.

Another slow number. Whether I would have placed this so close to Rab Ne Banaiyan is another matter, but once again this is not your standard album filler. A very natural sounding and traditional tune with plenty of atmosphere and strong vocals. A bit brighter than many of the slower songs that are flooding the industry, and again this is a track you can easily listen to over and over again

This track is really growing on me and has a beautiful groove to it. You would think that this will become quite popular on the dance floors and again it’s that DCS sound delivered with perfection. Most bhangra producers these days over complicate their tunes but DCS keep it simple, traditional and raw, and it works with amazing effects. This track is simply just one example of this.

When I first heard this it took me back to the ‘Craig David’ days. The bass drum is so effective on this tune and it has that old school garage feel to it albeit much slower in actual BPM. Even when Little Lox jumps on the mic the track doesn’t fall off the groove, even if I think that his vocals are not necessarily needed on this tune. All in all, one of the slower numbers on offer from the album but a decent enough track

DCS have taken it back to the seriously old school Punjabi days on this number with great results and you have to love this little number. Extremely upbeat and it’s a great ‘fun’ track- that not might sound very convincing but this it’s true, honest bhangra, going back to its old school roots and you have to admire it and DCS for the finished result.

CD 2 kicks off in fierce style after the slow, building introduction. The dholi slams in and the tune is underway with Shin delivering another decent vocal performance. It’s not quite a ‘go crazy’ tune but its still a nice track you can dance along to, and it lives up to the standard this album has already made for itself.

A beautiful guitar rift opens this track to drift you away and after the first few seconds, you are hooked by the bright and warm production on this tune. It’s not as old school as Nach Lain De but it’s still a traditional tune which will leave you with a smile on your face after you’ve listened to it.

A much more urban and street sound graces Track 15, but DCS refuse to let go of their traditional sound and the result is fusion the way it was meant to be done. None of this watered down Hip Hop on a poor desi backing; this is top production all the way. DCS clearly don’t do watered down. The track helps to keep the album varied and is another tune you can get up to and move with with ease on this release.

Ironically, after saying Tere Surmen did not need the vocals of Little Lox, the seduction mix brings us that wish and the track also looses that garagey feel to it in a much more chilled out mix. Im not sure if it’s a better mix but it’s definitely a fine alternative to those who complain that poor mc’ing will be the death of UK Bhangra, even though Little Lox’s rhymes are better than the usual stuff we see out there.

Simply an instrumental to Nach Lain De. Brings nothing new to the album and it’s a shame as you feel these last few tracks are now simply filling the album out.

From the first minute you would be excused for thinking this was a mainstream pop/ rock tune and it has a very catchy edge to it, but the vocals of Shin soon remind us were listening to a desi number. A decent enough track with a different feel to most of the work that is on this album.

The album finishes on an excellent number and it really sums up what this album is about. DCS bringing back and introducing a whole new younger generation into their sound. They’ve kept it raw, traditional and extremely catchy right up to the final whistle.

Overall, this album is highly impressive. Not only because of the quality, but also the quantity. Most bhangra producers are struggling to put out albums with two decent songs out of twelve on, but DCS have managed to put together a twenty track album with not a single real filler on it. They’ve come back onto the scene as if they had never left it. It’s fiercely traditional in a market which feels as if it needs a new direction at the moment. You can not fault DCS for the resulting product and this will stand the test of time- when people discuss their favorite albums of 2007 by the time we reach December, expect DCS’s name to be mentioned quite a lot. We need more of this by far in the industry. Great work.