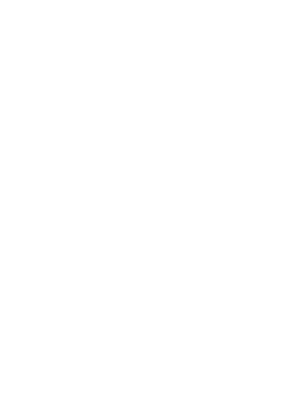 The Hundal family moved to the UK and introduced Raj to cue sports at an
early age.

When he was only 6, he began playing on a 6’ snooker table in his

aunt and uncle’s restaurant where his Mum worked as a chef.  Because he was

too young to be left at home alone, he went to work with his Mum and played

snooker all day every day at the restaurant.

His Dad, an avid player himself noticed he was the KING (the meaning of Raj) on the small table.

Raj could barely reach over the table, let alone make shots, so he would stand on a wooden box and play.

Over the next few years Raj’s passion for the game increased and he began playing in a few snooker tournaments.  At the age of 11 he played in a Pro Am and by  the age of 13 he was making century breaks and winning local tournaments.

tournament when he was 14/ 15 years old.
This tournament regularly attracts over 250 entrants from all over the UK.

At 16 Raj played in the Morden Classic Pro Am and won, beating leading amateurs and professionals alike.

As a snooker player, Raj discovered pool by accident at 17.  He was

tournament; and his opponent didn’t show.

Raj turned his attention to the pool tournament, a UK ranking event at Shepherd’s Bush, London.

He quickly paid the entry fee, picked up a cue from the rack and finished 3rd,

eventually losing 11-10 in the semi final.  He had enjoyed the tournament,

offensive and never over till it’s over, Raj was now turning his sights to

Raj Hundal never played Snooker again and after meeting up with Steve Knight (aka The Night Rider) he trained as hard as he could to master the game.

At the time, Steve was the best UK pool player; having won multiple tournaments and a World title he shared his knowledge and experience with Raj.

Although Steve retired a few years ago, his legacy lives on, through Raj and one day through a protégé, and for that Raj is eternally grateful.

tournament he could find, big or small.  Gaining the experience he needed to

Italian champion in a race to 11 coming back from 9-1 behind.

Raj entered this tournament and won.  On the back of this success, Barry invited him to participate in the World Pool Championships, at the tender age of 18.

Through perseverance and tenacity Raj continued competing around the world

though he hadn’t yet made a breakthrough on the UK tour.  Then in 2002, he

won the Cyprus Open, his first UK ranking title and started to break every

record in the UK.

After an invite by Barry Hearn, in one of the most prestigious

events, Raj won his debut appearance at the World Pool Masters in 2005,

gaining revenge over Rodney 8-7 win having been 6-0 behind.

They remain good friends to this day.  Continuing his winning stride, Raj was the youngest UK representative for Europe at age 24 in the 2005 Mosconi Cup in Las Vegas.

King of the Hill in Orlando, Florida.

2006 proved to be a prosperous yea for Raj, competing in both the IPT North American Open 8 Ball Championship and the IPT World Open 8 Ball Championship. Raj is committed to the game he loves…representing India (his mother land), touring in Asia with his eye on the ultimate prize…another World title! Where does the story go now?