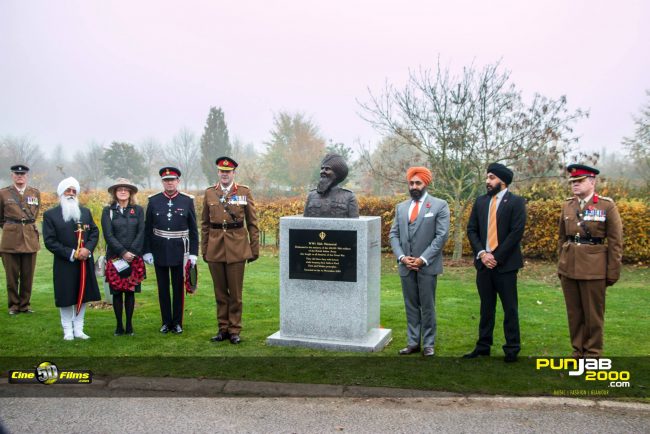 The Prime Minister has today, 23 September, recognised Jay Singh-Sohal, from Sutton Coldfield in the West Midlands, for his exceptional service commemorating Sikh contributions to the British Armed Forces. Jay led the successful campaign to create the UK’s only memorial to the more than 120,000 Sikh soldiers who fought during the First World War.

Jay, who is the Conservative candidate for West Midlands Police & Crime Commissioner, is an Army Reserve Captain, also works with the British Army to commemorate Sikh contributions to the British Armed Forces on Saragarhi Day, every September. The Battle of Saragarhi saw 21 Sikh soldiers fight for the British Indian Army and defend the North-West Frontier with Afghanistan against 10,000 enemy forces in 1897. While the battle has long been commemorated in India by the Indian Army, Jay was inspired to bring commemorations to the UK to serve as an opportunity to engage British Sikhs with their heritage and celebrate continued Sikh contributions to the British military today. 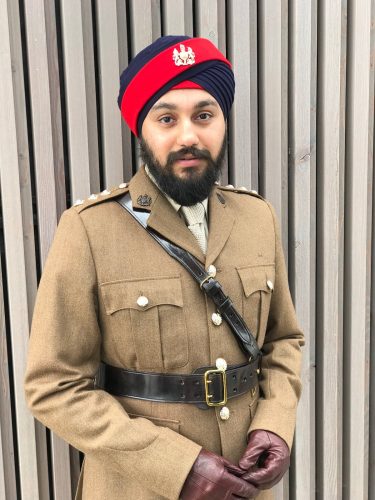 Jay is the latest recipient of the Points of Light award, which recognises outstanding volunteers who are making a change in their community and inspiring others. Each day, someone, somewhere in the country is selected to receive the award to celebrate their remarkable achievements. He will be presented with his award by the Mayor of the West Midlands, Andy Street.

In a personal letter to Jay, Prime Minister Boris Johnson said:
“I know you do this with no thought of praise or reward, but allow me to offer my own recognition of how you have created our country’s first memorial to the 120,000 brave Sikh soldiers who fought during the First World War. It is fitting that we honour their enormous courage and sacrifice in ensuring the freedoms we all enjoy today.”

Andy Street, West Midlands Mayor said:
“I have known Jay for around three years now. He is hugely passionate about our Armed Forces and the historical contribution of Sikh soldiers in WW1 and WW2. This has led to the creation of the permanent Sikh WW1 memorial at the National Arboretum and has significantly raised the profile of the Battle of Saragarhi. He is extremely well deserving of this honour and I am pleased his work has been recognised by the Prime Minister.”

Jay said:
“I’m delighted to be receiving a Points of Light award from the Prime Minister Boris Johnson. Telling the story of shared British Sikh history through the battle of Saragarhi has been a fantastic journey working with wonderful people with the same enthusiasm for our heritage. It continues to inspire many more to serve our country in whichever way they can. I’m proud of the part I’ve been able to play in driving grassroots community activity in this way. It’s important to me, as it creates better understanding between diverse communities and gives young people confidence and encouragement in seeking to achieve their goals. I hope my award encourages many others to do the same.”

Regardless of whether it’s a doctor restoring local monuments in her free time, a father teaching young people life skills, or a local musician giving a voice to lonely people, the Points of Light award honours shining examples of volunteering across the UK.