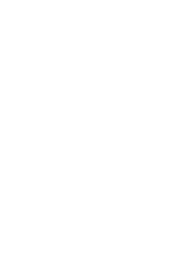 “They can never be my best friends, but they can be friends. When Kareena Kapoor first came onto the scene I had problems with her, and I told her, but I don't have a problem with her.

Out of Kareena, Rani and Aishwarya, Aishwarya's my favourite, because I did a world tour with her and enjoyed working with her. Also, I’ve worked with her for years, and we have a good equation, whether my film's a hit or flop, or whether hers becomes a hit or flop, nothing changes. Some people, when their film becomes a hit, they become too arrogant to speak and when their film flops, they're full of love. Aish hasn't changed from the day I met her.

Malaika Sherawat, I met her briefly for a couple of minutes….I liked her, she's straightforward. She doesn't do dramas and then sign Murder. She says ‘I'm beautiful, I'm a sex symbol’. I like people who are straightforward, say the truth, up front and honestly”.

Zinta went on to talk about her days before becoming the beautiful Bollywood Bombshell she is now.

“I used to compete with guys. I didn't wish to get married. My grandpa really hoped I would get married by the time I was 18 – and I wished I could make something of my life….And I had a real competitive streak. So I saw marriage as jail.

And it was the wrong number for guys and, you should have seen my face when I was 15/16 years old – you'd never think it were me. I was a real tom-boy, had short hair and I wasn't really interested in guys.

I have 14 male cousins and only one cousin sister, so I've grown up amongst guys. I wasn't fascinated by guys. I didn't feel nervous when guys came into my room – I was used to eating, drinking, sleeping, hanging out with guys, so if a new guy came on to the scene- I didn't think 'wow' but that he's a mate”.

On a more serious note Zinta said that if she became the prime minister of India she would focus on stopping India’s ‘Brain- Drain’.

“There's a logistical problem, people are cramping cities, e.g. migration from smaller states into bigger states, and I want to stop that so that people don't need to migrate.

When I go abroad, and come back to India, I can't understand how people from India are some of the most intelligent, where they go abroad and get high-profile jobs.

In IT, computers, doctors, and even an astronaut! … No one wants to stay in India. People think, “study here, then go abroad” where you get the income and respect that you don't get in India. I want India to be a place where Indians live”.