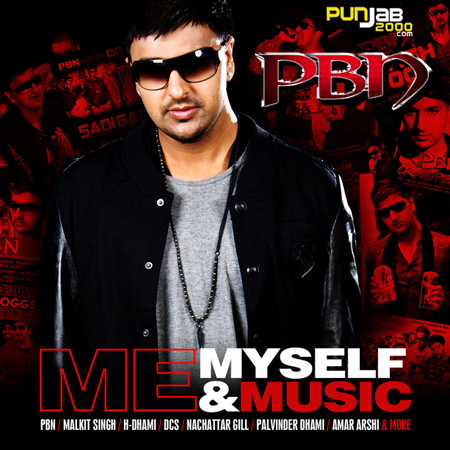 The last few years have been very exciting and rewarding for the hitmaker. Numerous number one singles, huge international collaborations, clothing launches, appearances around the world and various award nominations including being named ‘Producer of the year 2010’ by Eastern Eye, winning ‘Best Album’ for his last album ‘Crowd Pleaser’ and being awarded with the first ‘Best selling British Single’ award for ‘Kaun Nee Jaandah’ at UK Asian Music Awards 2011 by The Official Charts Company. However even with all this success and work PBN refuses to take a break and continues to entertain with his music.

PBN credits his fans as his inspiration behind producing the latest album which he has also co-written: “The last couple of years have been the most rewarding and the most memorable since I began my music career over eight years ago. The growing support for my music is what keeps me going and is the motivation behind the release of this new album. The album is inspired by my fans and supporters and stays true to my style and sound of music. I chose to call it ‘Me, Myself & Music’ as music is my world, it is all I know and it is who I am. This album is a party album for my fans – with eight straight up party anthems. Something you can play from beginning to end at a party or gig. Get ready to hit the dance floor and party.”

Starting off the party, PBN released ‘Fitteh Moo’ this summer. A fun desi song that went on to become one of the biggest tracks of the year. Featuring Balwinder Bhatti and Gurlej Akhtar the track went straight in at number one on various charts, entered the mainstream charts and is still sitting comfortably in the Official Asian Download charts and invoking girls versus boys dance-offs around the country.

Once again working with the cream of the crop, PBN has collaborated with some of the best Bhangra artists on this album. The second single ‘Sadi Gal Hor Yah’ is a successful collaboration with renowned Bhangra group DCS. With its live instrumentation, high energy and electronic riffs the song debuted in the charts last week as the top Bhangra track. ‘Nacheneh Da’ with the legendary Malkit Singh is a great family style party song. PBN works well with Malkit Singh’s voice to deliver a track that enhances and stays true to the golden star’s style. Then there is ‘Peh Putt Di Yaari’ a beautiful and meaningful father-son song. The song is the first time H-Dhami and his father Palvinder Dhami have collaborated on a song and is a real treat for H-Dhami and Heera fans as well as fathers and sons.

Jandu Littranwala provides lyrics for a number of songs on the album. On ‘Surma’ his powerful lyrics are given an equally impactful delivery by singer Nachattar Gill. The song is further enhanced by percussionists Marsterclass who lace the song with dhol, dholki and tabla. Then you have the traditional style ‘PBN Boliyan’ featuring Amar Arshi and TeamDips, a must for all PBN fans. Raw and edgy, with strong beats, bass drops and big dhols these boliyan will have dance floors packed and singing along.

For ‘Me, Myself & Music’ PBN once again gets in the recording booth and lends his vocals to a track. ‘Ik Vari’ is a poppy Bhangra number fused with urban beats complete with a catchy melody and sing-a-long hook. Not just showcasing his own singing and that of established artists, PBN uses this album to showcase new talent. Singer and songwriter Sanj is PBN’s first signing who is making his debut with ‘Tu Nachdi’. A talented young artist with a very desi folk sound rounds off this eight-track album in true PBN style – high energy, entertaining and memorable.

‘Me, Myself & Music’ by PBN is out now in stores and online via Limitless Records. http://itunes.apple.com/gb/album/me-myself-music/id482420063