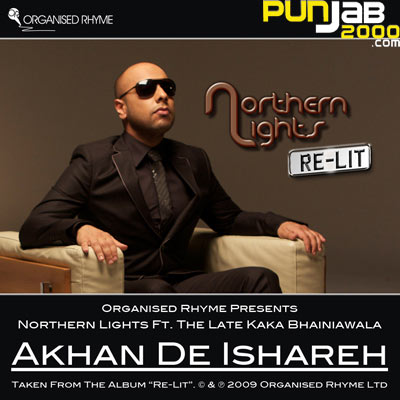 Born in December 1980 in Wolverhampton, West Midlands, England with what seemed like a mic in one hand and an old-skool Kuldip Manak vinyl in the other, Tarvinder Singh Nijjar (Tarv), aka Northern Lights, had a passion for desi music from an early age. His love affair with his father’s old Punjabi record collection led him to discover the likes of Chamkila, Shinda, Mohd. Saddiq, Rafi and Luhaar at an age where other kids were still deciding which Action Man they wanted !

At the age of twelve he moved to Scotland but continued his passion for music by starting to learn how to DJ with western music in small venues. His musical tastes were now being influenced by his surrounds as he moved onto the likes of NWA and New Jack Swing. After starting Uni at 19, Tarv soon started learning how to improve on his Djing skills and started appearing at various underground events throughout Scotland with a sound that set him apart from the rest. 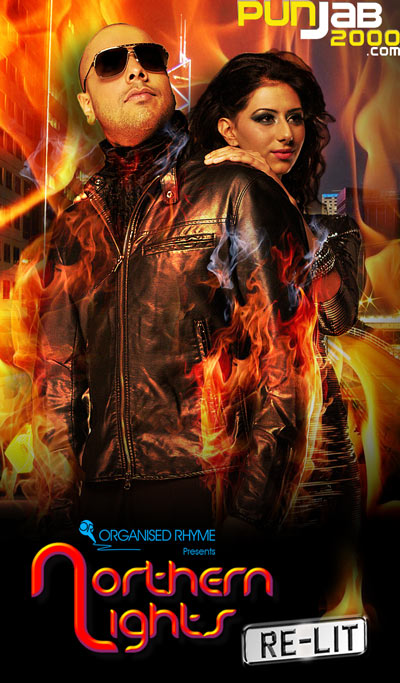 He burst onto the main DJ circuit in Scotland in January 2003 after launching a radio show on Radio Awaz called Urban Fusion. Since then he has featured at many events included hosting the official Glasgow Mela 2004 and performing at the BRAMA’s club tour in October 2004.

In 2005, his DJ collective called Northern Lights released their debut album ‘Sparked’ on VIP Records. The album was a success story instantly featuring anthems such as ‘Janaab’ (Tanveer Gogi), ‘Wrong Number’ (Fauji Rajpuri) and ‘Aashiq Dig Dig’ (Kaka Bhainiawala).The album also gained prominence in India when it released on Saregama in 2007. By 2008, Northern Lights were amongst the nominees for the ‘Best NRI Producer’ at the prestigious ETC Alpha Punjabi Music Awards.

Since making his name on the British Asian dance scene, the expat Black Country man has amassed a distinctly stylish number of underground hits including his contribution to the compilation ‘Drop’ (Liquid Records) in 2007, which featured his hit track ‘Nain Preeto Deh.’

Tarv has also had the honour of standing in for Adil Ray on his BBC Asian Network show as well as continuing to get people through the traffic on his own Drivetime show on DAB station Asian FX. Earlier this year, Northern Lights produced the desi remix of Mumzy’s ‘Showgirl,’ which saw high rotation on the BBC Asian Network ‘A’ Play List.

Watch out for club anthems such as ‘Put Jattan Da Bounce’, ‘Nakreh’ and ‘Akhan De Ishareh’ accompanied by classic anthems ‘Ishqeh Da Tumba’ (written by Gurdas Maan) and ‘Aashiq Bethe Neh’- in fact, there are so many hot tracks on this album you should be prepared to get ‘Re-Lit!’

With a total of 12 tracks plus 4 remixes jacking up the play list (including remixes of ‘Janaab’ and ‘Wrong Number’ from the debut album’ Sparked’), the album boasts club bangers and evergreen flavours that showcase Northern Lights talent as a world class artist and producer.

Watch out for the slick & stylish “Nakreh” Music Video shot on Red One Cam, Directed by Mandeep Singh Jutla