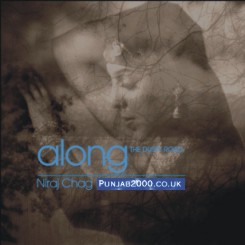 In London, his music was soon picked up by Nitin Sawhney and Outcaste Records.

His tracks on “The New Breeds” album were critically acclaimed by Timeout and The Telegraph and they sparked the imagination of several visual arts producers.

Niraj soon signed a contract to write and compose a new musical titled ‘Baiju Bawra’. Baiju Bawra was Britain’s first Asian musical and opened in March 2002 at the Theatre Royale, Stratford East. Since then he has continued to work on a variety of events, notably ‘Waterscapes’, with Akademi and Kanya (Sampad), as well as composing music for the opening ceremony of the Commonwealth Games.

Able to spread his musical wings, Niraj has also worked extensively in TV and radio. His composition credits include two programmes in ‘The Power of Art’ series (BBC2, 2006), ‘Bollywood Star’ (C4, 2004), ‘Silver Street’ (BBC Asian Network, 2004) and HBO’s ‘Sex and the City’. He was most recently commissioned for BBC1’s poignant, prime-time documentary ‘One Night in Bhopal’ on which he composed, but was also involved in the score and sound design.

Recently, Niraj has enjoyed dancefloor success through his group, the Dum-Dum Project. Through them, he has had two top-ten hits in Asia (‘Punjabi 5-0’ and ‘Superfly Bindi’), and had a track licensed to ‘The Boom’ soundtrack; a No 1 album in India.

His blend of authentic sounds and driving rhythm has found its way onto catwalks (the Diesel summer shows) and the Top 10 Liberty X album. Collaborations have also proved fruitful, Niraj continues to work with acclaimed writers such as Charlie Dore, Pam Sheyne and many more. The near future for Niraj will be very busy.

As well as occasionally lecturing in composition, he has released the Dum Dum Project album on Sony Music, and is currently busy touring and promoting material from his new solo project ‘Along the Dusty Road’, an album which can only be described as his most personal work yet. Working on a variety of projects ranging from the Ranga Rang project (part of the Queens Golden Jubilee celebrations), compositions for mainstream fashion launches, music for the opening ceremony to the Common Wealth Games and a classical indian dance piece entitled 'Rush' for the BBC2 Mega Mela show, it is evident that the man has many talents.

A talented self-taught musician, composer and producer, Niraj’s journey Along the Dusty Road is just the beginning…