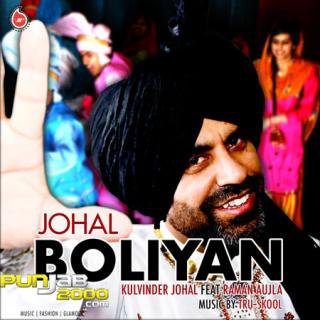 Hailing from the village of Jandiala in the district of Jallandhar in Panjab, Kulvinder first touched down in the UK in 1981 and has lived in Derby ever since.

His student days were spent in Samrai High School in Jandiala, while their he took to the stage on many occasions singing patriotic songs and reciting versus of Shaheedi songs. Singing was simply a hobby for him, he had no intention to sing and perform professionally though in 1977 he entered a school singing competition in jallandhar. This was attended by approxiamately 1000 schools.

A chance meeting with Sukhi (Tru-Skool) saw Kulvinder taken under his wing, together they spents hours at a time perfecting vocals and preparing for some mind blowing recordings.

Since being in the UK, Johal has performed on many of the stages in his hometown of derby, as well as a number of other UK cities. Johal listens to and has been inspired by many artists including: Kuldip Manak, Surinder Shinda, Mohd. Saddiq, Lal Chand Yamla Jatt, Ranjit Kaur, Narinder Biba to name a few. His all time favourite singer is Dilshaad Akhtar, and is also heavily inspired by Durga Rangila.