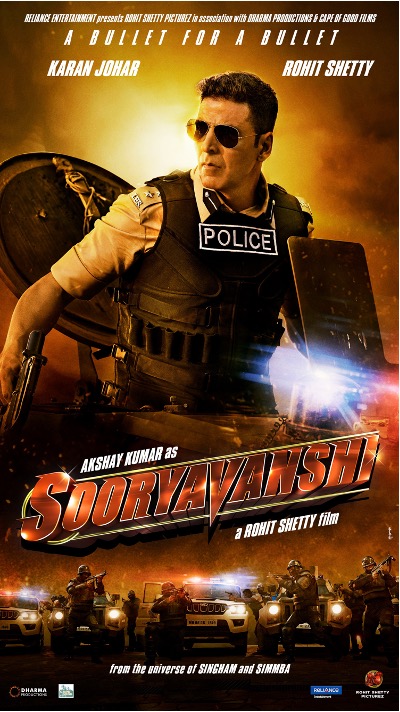 Sooryavanshi, which is the fourth installment in Rohit Shetty’s cop universe series, after Ajay Devgn’s Singham and Singham Returns and Ranveer Singh’s Simmba, features Katrina Kaif as the leading lady.

Sooryavanshi is presented by Reliance Entertainment and produced by Rohit Shetty Picturez in association with Dharma Productions and Cape of Good Films and is set to release in cinemas on 30th April 2021.