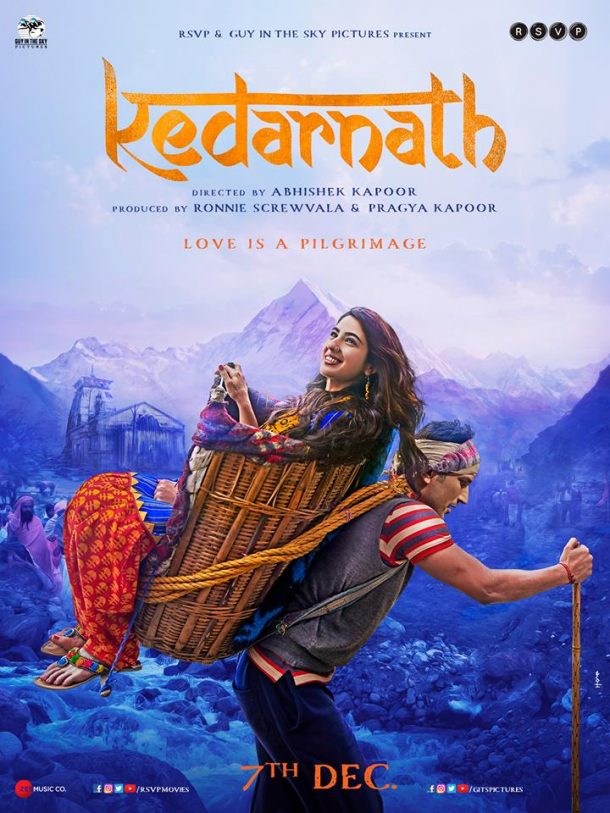 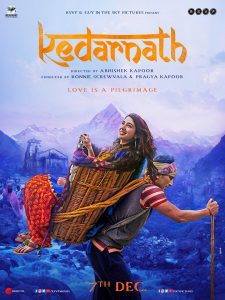 In Abhishek Kapoor’s “Kedarnath”, the forces of nature collide with the force of young love, and you get a tale that seeks to marry themes of faith, religion, intolerance and the destruction of the environment.

Set in the holy Hindu town of Kedarnath in the Himalayas, home to one of Hinduism’s most prominent pilgrimage sites, Kapoor and co-writer Kanika Dhillon ensure that faith is inherent in their story from the very first scene and stays with the characters till the end.

For Mansoor (Sushant Singh Rajput), that faith is more important than his religion. He’s a pitthu, a human porter who carries pilgrims and their luggage up the arduous trek to the temple dedicated to Hindu god Shankar. His disarming nature catches the eye of Muggu aka Mandakini (Sara Ali Khan), the tempestuous daughter of the local priest whose rebellious nature keeps her at odds with her conservative parents. Mansoor tries to resist her initially, conscious of the class difference between them, but eventually finds himself unable to resist Muggu’s charms.

Kapoor scripts an old-world romance, where the two lovers have coy conversations on the mountainside and meet surreptitiously in caves. These are the best scenes in “Kedarnath”, because both Rajput and Khan are arresting on screen.

But Kapoor cannot resist the temptation to include the usual Bollywood trimmings of the “zaalim duniya” (unfair world) which always conspires to keep true lovers apart. So, you have in the mix Muggu’s fiancé (petty and evil of course), and her elder sister, who cannot seem to decide if Muggu’s romance with Mansoor is a good thing or not.

The entire film leads up to the true event it is based on – the Uttarakhand floods of June 2013 which killed close to 6,000 people. Kapoor tries to juxtapose the fury of nature with the tempestuousness of forbidden love, and is successful for the most part, except that the narrative never quite reaches its zenith.

For a film that ebbs and flows, the leads thankfully keep it afloat and steady. Rajput is wonderful as Mansoor, using his eyes and body language to convincingly convey his character’s emotions. But the true revelation is Khan, whose performance makes it hard to believe that this is her first film. She acts like a veteran, is a natural in front of the camera and handles the emotional scenes with ease. She is the most memorable thing about “Kedarnath”.