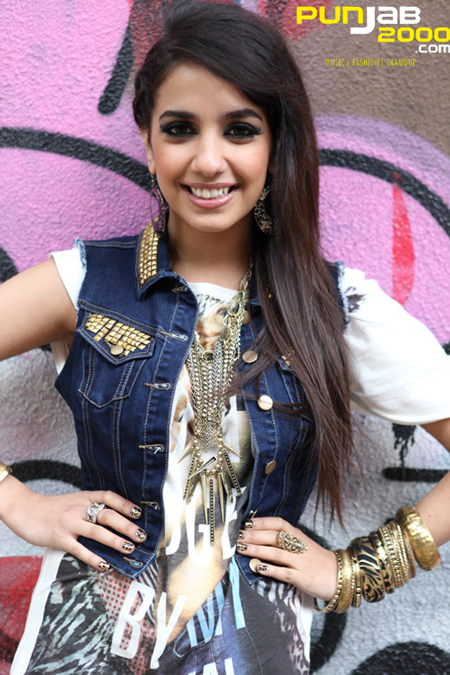 Miss India Scotland 2012 and niece of superstar Malkit Singh MBE, Ramee isn’t content in creating ripples; she’s intent on causing a storm across the British Asian music scene with ‘Peengh’!Ramee, Balle Balles her way down the South Asian catwalk of music with her solo debut single. Peengh means swing in Punjabi and was written by her father and produced by none-other than Mumzy Stranger. Mumzy also takes credit for the current summer banger, ‘Ghetto Refix’ which also features Ramee as part of the Stranger Family (SF).

He has also produced hits for Junai Kaden and Tasha Tah (also part of the SF collective). Mumzy Stranger describes Peengh in his own inimitable style as: “Chopped up Hip Hop Bhangra with synth RnB chords”! It also features the soothing RnB tones of Char Avell (another SF member and Mumzy Stranger discovery). The song takes you dreamily into an unashamedly clichéd Bollywood scene of a Punjabi girl on a tree swing, her long plait swinging with her and her Salwar Kameez billowing in the wind. As she swings she dreams of being swept away by a handsome suitor and hey presto there he stands before her and as their gazes meet she loses all control and falls off the swing.

Of course in the real world the video of the song is nothing like this and depicts Glaswegian born Ramee singing and dancing at her old school with her real old school friends and not a swing in sight!

So how does a young Glaswegian Punjabi singer, not only end up in Mumzy Stranger’s London studios but gets to record her debut single at her first audition with the award winning singer and producer, Mumzy Stranger? She recounts sending her promo CD to Tiffin Beats Records and receiving an invitation email to Mumzy’s studios: “I was shocked that I even received a reply let alone an invitation, of course there was lots of Balle Balle!” 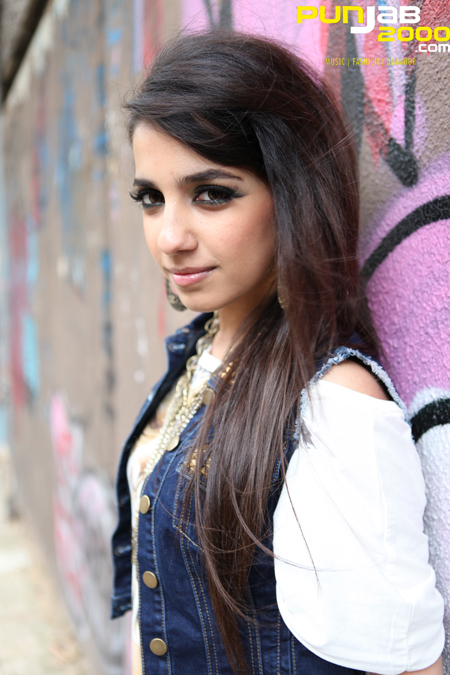 Ramee arrived on Mumzy’s doorstep already an accomplished and experienced performer, having sung and danced since she was 5 years. At this exceptionally young age her mother took Ramee and her brother to a talent show and she recalls not wanting to leave the stage because she loved the response the audience gave her in return for her performance. She recalls literally being dragged off the stage. Her mother in recognition of this love for singing and performing enrolled Ramee in ‘Shabad’ (Sikh religious hymns) lessons at the local Gurdwara.

This was really the start of her early but now invaluable vocal training as she learnt ‘Ragas’ and ‘Sargams’. This was later re-enforced with classical training by a teacher from India.At the age of 11 she released her debut album, titled, ‘Dil Milde’ produced by famous Indian music director, Atul Sharma. The entire album featured Punjabi folk music sung by Ramee and her brother.

Ramee is also a professional dancer and has danced with a bi-cultural dance group called ‘Punjabi No.1’ for 13 years. Ramee, together with the group has performed many times on both national and international stages.

In 2011 the group received honourable recognition from the First Minister of Scotland (Alex Salmond) in the form of an award entitled, ‘Music and Performing Arts’. Ramee is one busy young lady! As well as pursuing her musical career she is a student studying acting and performance, a model and has also been a radio presenter at Scotland’s premier South Asian radio station (AWAZ FM).

At only 18 years old she has many accolades and achievements under her sparkling belt and this coupled with musical pedigree as niece to international singer, Mr Malkit Singh MBE, she is going to be the future of international South Asian music for some time to come.

So don’t just watch this space but check out her new single out now on iTunes and watch her video on You Tube and you will see a ‘star in the making!

’‘Peengh’ will be available on iTunes from 28th June 2012 and all digital stores.