Late last year a Welsh Sikh pupil was excluded from Aberdare Girls' School in the Cynon Valley for wearing the Kara, a Sikh religious bangle, as the school said this was breaking its code of conduct. This case will be heard in the High Court in June 2008.

‘Asian Network Report: Symbol-ed Out’ (Monday 12 May 6.30 -7.00 pm) delves further into the issues surrounding the banning of religious symbols and asks should we allow everyone to wear whatever they wish at school? What kind of a state does this leave us in?

Currently all state schools in England, Scotland, Wales determine their own policy on the wearing of religious symbols and this varies from school to school.

Shabina Begum found herself at the centre of a high profile human rights case in 2005 when she challenged her school's decision not to allow her to wear a Jilbab, (a loose cloak worn over clothes).
Shabina is now at University and presents ‘Asian Network Report- Symbol-ed Out’.

This documentary kicks off a week of specially commissioned programming on Asian Network digital radio looking at ‘Faith’ and what it means to all generations in the UK today.

We’ll be looking at a broad cross-section of what ‘faith’ means to both young and old today, the relationships between different faiths in the UK and how this fits in with the constraints of modern life.  Has money and consumerism become the new faith of today’s generation?

Programming begins May 12th and ends on May 19th with ‘Asian Network Report:' Beats and Beliefs’ presented by Asian Network DJ Bobby Friction where he asks how Asian bands have managed to create music that is deeply religious but still massively popular and cool with its audience. 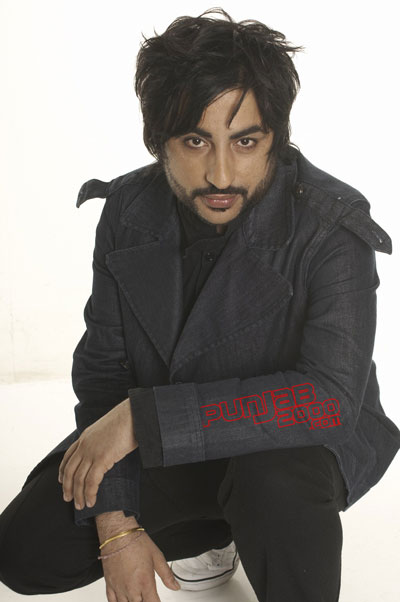 [1] Poll conducted March 2008 by ICM Research interviewed a random sample of 1002 adults aged 18+ by telephone on 12-13th March 2008. Interviews were conducted across the country and the results have been weighted to the profile of all UK adults. ICM is a member of the British Polling Council and abides by its rules.  Poll samples respondents who self selected themselves as having either Christian, Muslim, Hindu, Sikh, Jewish, Other or No religion.   [2] BBC News Tuesday, 13 November 2007.

Asian Network Report: Symbol-ed out can be heard Monday 12 May 6.30-7.00pm (presented by Shabina Begum)

Asian Network Report:  Beats and Beliefs can be heard Monday 19 May 6.30-7.00pm (presented by Bobby Friction)

Synopsis: How come Asian bands have managed to create music that's deeply religious but is still massively
popular and cool? How have they managed to make this transition and is it right?

Why do bands like Tigerstyle who are one of the most popular  Bhangra groups also produce  music that’s all
about Sikhism and politics.

Band member Usman from the The Brotherz started off singing and rapping  about sex, violence, killing ,
but then realised it was totally contradictory to his Muslim beliefs …he now only raps and sings songs that are
in line with the teachings of Islam.

For the band Swara the music they produce is all linked with their spiritual upbringing -they belief that if you belief
in something do it through music .

Is music with a message the way forward or is it a clever and subtle way to simply force your religious beliefs
on others.