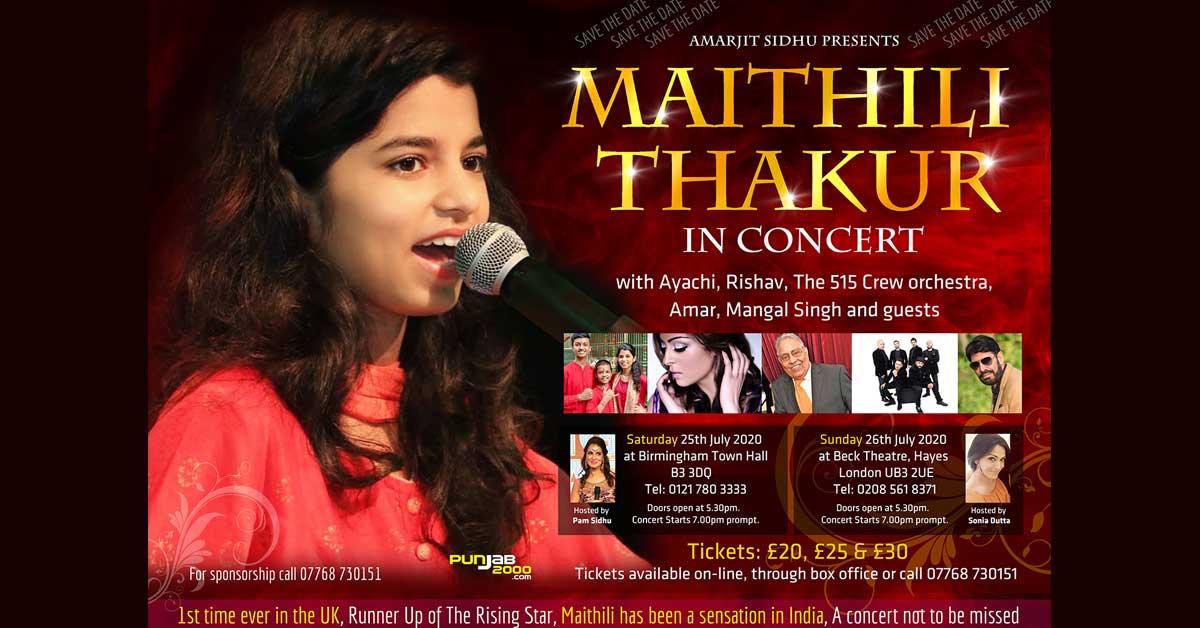 MAITHILI THAKUR is one of the most exciting discoveries of recent times.  Her meteoric rise as a singing sensation is fast becoming the most talked about musical story of India.

Maithili is a name no one is going to be able to ignore or forget.  She is a singer who will define Asian music for generations to come.  In only 3 years Maithili has firmly lodged herself in the mind, spirit and soul of music aficionados all around India and is being revered by some of the biggest names in music, such as A. R. Rahman.

Maithili Thakur is only 19 years old, sings in many Indian languages and dialects, and covers all genres of music. Her journey into music has just began, but she has already topped some of the big talent shows in the country and an internet sensation through social media with 1.48m subscribers to her YouTube channel, 3.23m followers on Facebook, a million Instagram followers and 21.7k Twitter followers.  Her musical ‘home videos’ are getting over 7 million views on YouTube.

Maithili creates her music with her two brothers Rishav and Ayachi and the trio said they are “too much excited for their first ever concerts in UK”.  The trio will be accompanied on stage by the one and only Mangal Singh, his sensational daughter Amar and the 515 Crew Orchestra. 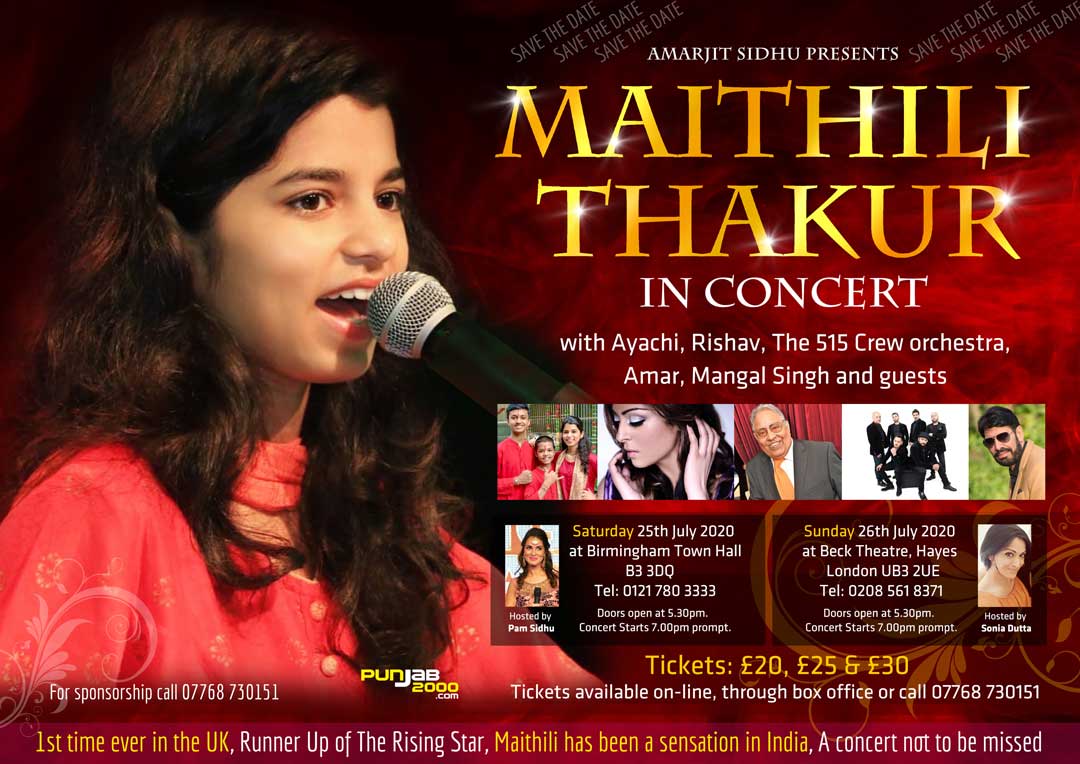 The two concerts have been organised by Amarjit Sidhu, one of the biggest and most experienced promoters in the UK.  Amarjit started promoting Bhangra music in the 1980s with ‘Bhangra Aid’ and this was followed up with the hugely successful ‘Asian Pop Awards’ and a series of Bhangra shows at the Dome in Birmingham with some of the biggest names in Punjabi music, including Gurdas Maan and Hans Raj Hans.

Amarjit said “when I heard Maithili I was just bowled over.  I couldn’t believe how much talent this girl has and wanted to work with her from that moment on”.  Amarjit is putting all his effort into making these two shows the best we have seen, “I can guarantee that it will be one of the best concerts you will ever attend” he promises.

Get ready UK.  July is the month when we too will lodge Maithili’s name in our mind, spirit and soul!