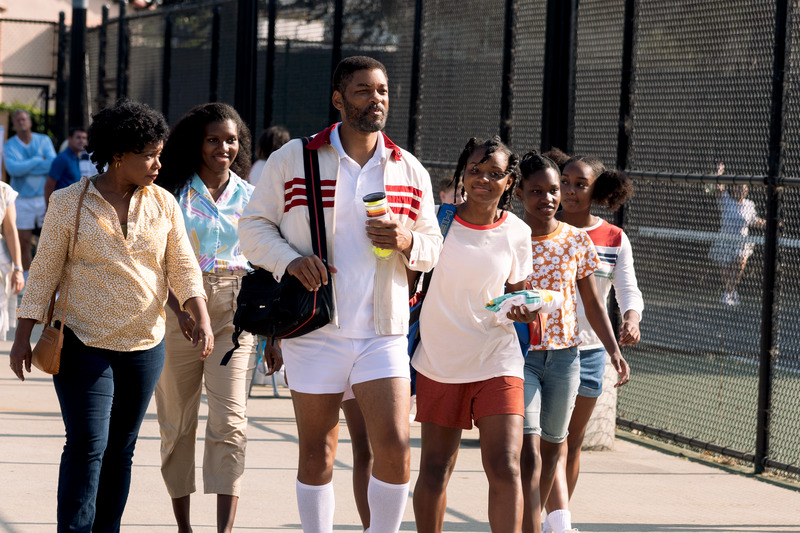 KING RICHARD: AN ODE TO FAMILY, LOVE AND DETERMINATION

King Richard is one of those films that doesn’t feel like a biopic or a sports film. But a family drama that the everyday Joe can relate to and understand the motivations behind each character. The film is the untold story of Richard Williams, father to tennis superstars Venus and Serena Williams. Exec-produced by them, they say that this is a one letter to their father’s ambition, which without they wouldn’t be who they are.

Will Smith’s version of Richard Williams is no-nonsense and outspoken. He doesn’t care what other people think; the personification of: “he came, he saw, he conquered”. Obviously, we are well aware that Smith is known for more light-hearted roles, but when we steps into a character like Richard Williams, we get goosebumps. After The Pursuit of Happyness, this has to be one of Smith’s best work in years.

But even though the film is about Richard Williams, they two young daughters also steal the spotlight. Sidney and Demi Singleton both give brilliant performances that show Venus and Serena’s star quality, performed with such realism that makes it seem like they are real sisters. The family matriarch, played by Aujanue Ellis also makes a power-packed performance as Richard’s wife who has a quiet strength about her that is unleashed when she is pushed.

King Richard is a biopic that leaves you with chills at the end. Making you question your decisions in life and where you want to go. It leaves you feeling optimistic, but also feeling motivated to achieve the impossible. If Richard Williams can do it… so can you.

“King Richard” is releasing in UK cinemas from 19th November 2021.