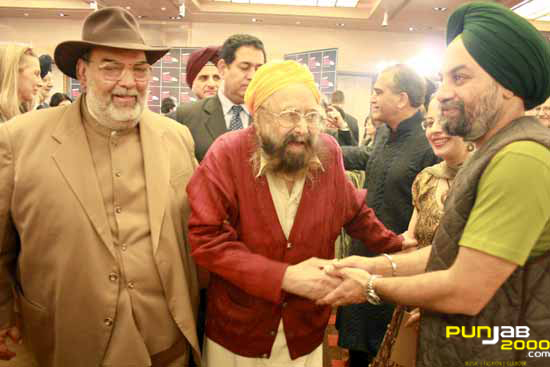 Noted writer and journalist Khushwant Singh Ji passed away today. He was 99. 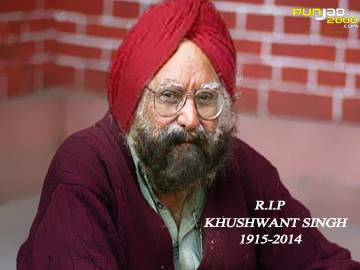 Singh was best known for his trenchant secularism, his humour, and an abiding love for poetry.

Born on February 2, 1915 in Punjab’s at Hadali in then-united Punjab’s Hadali district (now in Pakistan) Khushwant Singh has written over 45 books, novels and anthologies of short stories, besides enjoying successful career as a journalist. Singh wrote classics like “Train to Pakistan”, “I Shall Not Hear the Nightingale” and “Delhi”.

He was a lawyer-turned-diplomat-turned-writer. His autobiography, “Truth, Love and a Little Malice”, was published by Penguin Books in 2002.

He was editor of several literary and news magazines, including the Illustrated Weekly of India as well as two newspapers, the Hindustan Times and the National Herald, through the 1970s and 1980s.

In 2007, he was awarded with the Padma Vibhushan.

Singh, who was a Member of Parliament from 1980 to 1986, was awarded with the Padma Bhushan in 1974 but returned the decoration in 1984 in protest against the storming of the Golden Temple in Amritsar by the Indian Army.

Here are a few facts about the legend:

1. Khushwant Singh was educated at the Government College, Lahore and at King’s College, Cambridge University, and the Inner Temple in London.

2. He practiced law at the Lahore High Court for several years before joining the Indian Ministry of External Affairs in 1947.

3. He began his career as a journalist with the All India Radio in 1951.

8. His Saturday column “With Malice Towards One and All” in the Hindustan Times is one of the most popular columns of the day.

9. In July 2000, he was conferred the “Honest Man of the Year Award” by the Sulabh International Social Service Organisation for his courage and honesty in his “brilliant incisive writing.”

14. However, in 1984 in protest against the Union Government’s siege of the Golden Temple in Amritsar.

In summary a very great loss to the literary world and deepest & sincerest condolences to the loved ones, from our entire SUHE PHULL film team and Freedom Films Productions. Rest in peace sir, though you will live on through many of your great pieces of work.