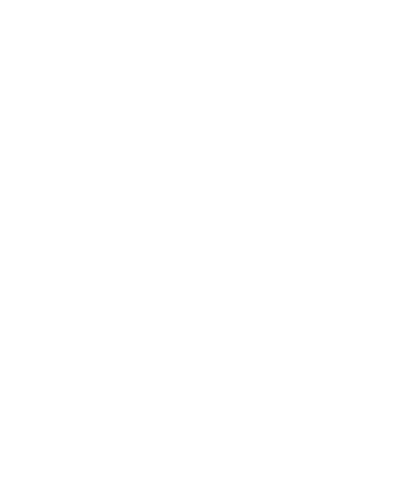 Journey of a Womad Virgin by Vimal Korpal

‘Who the hell are they?’ I ask myself. I soon discover its Sonny Ji and
not Sunny Ji, as a Google search reveals Sunny Ji to be a
ladies and lingerie clothing specialist. I make a note of it for future reference.

We arrived at Charlton Park in Wiltshire greeted by the smell of cow dung,
cloudy skies and mud, glorious mud.
Cars and campervans were being towed across the woodchip and track-way
laid out around the site to aid mobility.
Thousands of the customary middle classes and even families
of Asians had turned up wearing the customary green wellies.

The festival ‘freshies’ stood out by a mile in their not so white trainers! I was well prepared with my 2 black bin liners held together with bits of tape.

Thank God for Blue Peter! This wasn’t WOMAD but WOMUD!

I celebrity spotted Susheela Rahman in the Asian Network tent.

She is a British born musician who has lived in Australia, is adored by the French, has the sultry demeanour of an Egyptian goddess with a blood line which is Indian, definitely the makings of a global artist!

Her album 33 1/3 is a reinterpretation of classic tracks by the likes of Dylan, Velvet Underground and Jimi Hendrix.

A great listen while looking up at the bedroom ceiling on a Sunday morning and contemplating ‘who’s that next to me?’

Dj Nerm was spinning an infectious blend of punk, house, drum ‘n’ base, electronica and bhangra.
It was music thrown into the pot which churned out new pulsating tunes, making the quagmire dance floor erupt with over zealous orang-utan arm and head movements.
Nerm describes himself amongst his band members (Shiva Sound Systems)

as ‘A Big Turd with lots of flies around him.’

the King of the Turds. Long live the King!

By 7pm it had started to rain and even the green welly tribe were struggling with the muck but my black bag wellies (now resembling a couple of colostomy sacks) were still holding – maybe I should sell the idea to Peter Jones on Dragons Den.

Womad is a haven for vegetarians – Chinese, Indian, African, Brazilian – what would we have done without soya?

How times have changed from the nut cutlet. I opted for the safe option as I didn’t fancy a game of family fortunes… Ah! Eh!. I had strawberry waffles with summer fruits piled with lots of dairy fresh cream washed down with hot and spicy cider.

‘Young hearts run free’ was blasted from the Siam tent – it was Candy Staton, the sweetheart of gospel. The tent was heaving so I squeezed my way backstage.

I pinched myself as she was only the length of a tractor away from me.

As she uttered ‘Sometimes I feel like throwing my hands up in the air’ there was a huge bellow from the crowd, with people leaping to the uppermost regions of the tent chasing their imaginary prey only to be yanked back by their friends.

After a quick photo I trudged with the rest of the mud walkers to the Open Air stage.

Asian Dub Foundation were firing out their tune Flyover.

I wished God would fly over and find another place to unload his water discharge.

I wasn’t really into water sports and God was having fun at my expense – I was drenched and the chances of me camping were becoming more remote.

I wanted to hear ‘Free Satpal Ram’ by ADF but I was more concerned with how I’d pull my car out of the sludge as vehicle tyres were gradually being sucked in around me.

I made my final trip to the BBC Asian network tent.

Pathaan was on the decks spinning his trademark chilled set, almost tantric in style. People were entwined on the muddy floor, their tongues fused together – obviously trying to determine what their partners had just eaten for tea.

Pathaan on his web site resembles a swami, but today he looked more like military personnel ready for combat, especially with the baseball cap. Some say he’s boring, to me he has a peaceful demeanour, something you definitely desire when you’ve had a long day.

I made a sharp exit towards what sounded like someone trying to sing ‘Shaft’ with a lollipop in their mouth – it must have been the karaoke tent.

To my relief it was Isaac Hayes on the main stage – he’d obviously had one too many of those hot ‘n’ spicy ciders!

So how was it losing my festival virginity to WOMAD? Simply brilliant with the help of some very pleasant and helpful people  – Gareth, Mark, Kam, Dee, Suki, Penny, Sach, Sridhar, Geeta times two and Dina.

I had to leave as I’m a creature of habit where I need my own bed, my own pillow and most importantly my own toilet.