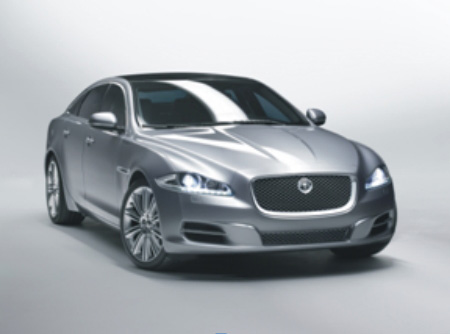 The AMAs, now in their ninth year, will see the red carpet lit up by a host of celebrity guests arriving in the all-new award-winning Jaguar XJ.

‘We are delighted to be able to support these exciting awards. Jaguar is one of the world’s most iconic car brands and with our new line-up of the XK, XF and XJ we have attracted a new customer base. The winners of these awards are also considered as, or are on their way, to becoming, icons for future generations. We think this is a perfect marriage and look forward to presenting the award for Best Urban Act to one of the very talented nominees.”

The Lebara Mobile UK AMAs will be held on 10th March 2011, and will be hosted by BBC Radio 1 and BBC Asian Network presenter, Nihal and stunning singer and BBC One’s Waterloo Road actress, Karen David.

The gala night promises to showcase of some of the finest British Asian talent with exclusive performances throughout the evening, some special treats lined up for all fans of the music scene and a host of celebrity guests and sponsors.

Fans will be able to purchase tickets to the main event from www.chillitickets.com and join a host of star performers, presenters and celebrities to celebrate the achievements of UK Asian music. The awards will take place at The Roundhouse, Camden.

Voting for the five nominees in each category is now open to the public via the official website www.theukama.com. Voting closes at midnight on 25th February 2011.

Jaguar Cars Limited is a manufacturer of luxury sports cars and sports saloons based in the United Kingdom.One of the best known and best loved automotive brands in the world, Jaguar has a long and distinguished history, during which the company has produced many iconic vehicles. These include the XK120 in 1948, Mark VII saloon in 1950, the C-TYPE and D-TYPE race cars that dominated Le Mans during the 1950's, and the legendary E-TYPE, originally launched in 1961 and arguably the most famous originally launched in 1961 and arguably the most famous sports car of all time.

Jaguar remains at the forefront of the global luxury automotive industry.Products:XJ – The stunning result of taking a very different road. The all new XJ reflects a vision that defies preconceptions and transforms the idea of luxury.XK – Beautifully crafted with breath taking performance. Exhilarating lines and muscular intent – in next-generation lightweight aluminium.XF – Fusing sports car styling and performance with the refinement, features and space of a luxury saloon.

The UK Asian Music Awards (UK AMA) is recognised by the viewing public and the media as the only event that truly acknowledges and celebrates the diverse talent that is British Asian music.  Since its humble beginnings in 2002, UK AMA has provided a platform to develop and promote music of Asian origin throughout the country and beyond. The event was the first to address the music and entertainment needs of the Asian community along with highlighting the growth and importance of Asian music within the mainstream and world music market.  Music lovers from all over the country and across all age groups attend the lavish and exciting event which features live performances by many of the hottest artists in Asian music as well as supporting acts from the mainstream, urban and underground scene, from names such as Apache Indian, Karen David, Tim Westwood, Bally Sagoo, Rishi Rich, Jay Sean, Pras (Fugees), Punjabi MC, Nitin Sawhney, DCS, Bobby Friction, Nihal (Radio 1), Raghav, Hard Kaur, Daniel Beddingfield, Sugababes, H Dhami, Roachkilla and Preeya Kalidas (Bombay Dreams) amongst hundreds of others!